Tekashi 6ix9ine may have landed a collaboration with NBA YoungBoy for his new albun, Tattle Tales, due next week Friday.

A few months ago, DJ Akademiks, one of Tekashi 6ix9ine’s closest buddies, teased that there was a shocking collaboration in the wings. The announcement followed that of “Trollz” and was touted as one that would dethrone both collabs involving Nicki Minaj and may just knock the earth off its axis. While the shifting of the earth’s rotation may be a bit of a stretch, the track should definitely cause a major uproar in the hip hop community.

“If this [Nicki] collab shocked them… can’t wait till u put out the collab u did wit one of the biggest gangstas in hip hop that’s gon break the net,” went Akademiks to his friend.

It seems the feature we have all been waiting for is just about upon us with the announcement of 6ix9ine’s album Tattle Tales, dropping a week from now. Naturally, Tekashi 6ix9ine is in promotional mode, tackling the gritty Chicago streets of his rivals. In the midst of that bit of madness, it seems the tracklist for the upcoming project as been leaked. Sitting comfortably at the number one spot on the list is “Locked Up 2,” which features Akon. The second track on the project titled “Mukati” should provide all the shock value needed to move those units upon release, as it features Baton Rouge’s leading rapper, Youngboy Never Broke Again. To say that Youngboy does numbers is an understatement, and 6ix9ine has also shown that he too can wheel them whenever he is ready to do so. With the two streaming kings holding it down on one track, it could spell millions in sales for both parties. 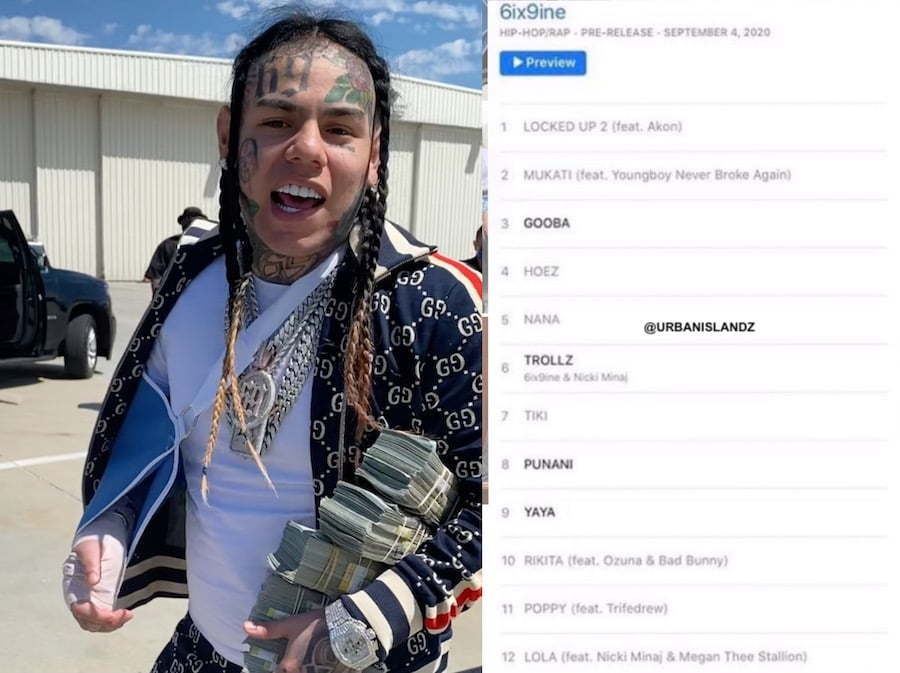 Tekashi and Akademiks revealed a few months ago that there were huge NBA Youngboy stans when they vibed and rapped along to the 20-year-old’s 2017 record titled, “No Smoke.”

NBA YoungBoy and Tekashi 6ix9ine is the collaboration we never thought we would see in this lifetime, but it seems their friendship may have just been growing exponentially outside of the public’s eye. In light of that, it seems 6ix9ine does possess the ability to keep a few secrets inside. He extended the same service to Nicki when he did not speak on her pregnancy. For that, Nicki Minaj was blessed with a number one spot on Billboard and is now granted a spot alongside Megan Thee Stallion to provide some girl power on track number 12, “LOLA.” We guess Nicki Minaj collaborations may just be another connection both 6ix9ine and NBA Youngboy share. The Baton Rouge rapper’s album is set to be released just days after that of 6ix9ine, let’s hope the “Bandit” rapper doesn’t face some serious social implications for this truly controversial feature.