Tekashi 6ix9ine and Nicki Minaj have another hit on their hands.

Two months after Tekashi 6ix9ine gets an early release from jail due to the coronavirus outbreak, he is joined by his longtime collaborator Nicki Minaj on another viral record. When it was first announced that the two would be teaming up for another song, fans were questioning Nicki like they do anyone who works with 6ix9ine these days. Now that the song is officially out, it’s the numbers that are doing the talking.

Only a few short hours after midnight, the music video for their song “Trollz” has over 9 million views already. The song which makes fun of haters and addresses the 24-year-old rapper’s biggest stigma seems to already be in the running for chart-topping success. Tekashi 6ix9ine has really been embracing this new rat label he’s earned, but he still maintains that he is famous enough for his name to often be used for clout.

“I know you don’t like me, you wanna fight me / You don’t want no problems at your party, don’t invite me / I don’t worry ’bout you ni**as, please stop talking ’bout me / Always talking ’bout me ’cause you looking for the clouty,” he raps on the track.

Nicki also follows a similar pattern in the second verse. “I know you don’t like me, you wanna fight me / Always on my page, never double-tap like me,” she raps. Then she addresses snitching and lauds her pen-game as the holy grail while throwing in a little Jamaican patois, which seems to be embedded in her rap style now. “Somebody Usher this ni**a into a clinic / My flow’s still sick, I ain’t talkin’ a pandemic / I write my own lyrics, a lot of these b*tches gimmicks / They study Nicki style, now all of them wan’ mimic.”

Nicki recently told her fans she does not need them coming to her defense for collaborating with Snitch9 because she’s not scared of internet “trolls” – get it? She also implied that many people who hate on her “Trollz” co-star don’t have a mind of their own. “Talkin’ ’bout snitches when it’s snitches in your camp / Never stand alone, you always itchin’ for a stamp,” she reiterates in the song.

In the video, Nicki and Tekashi don rainbow and vibrant colored outfits while they eat desserts and lick lollipops. The visuals were shot in Tekashi 6ix9ine’s house, of course, and he makes sure to show off his ankle bracelet to prove it. The colorful ordeal is, as usual, replete with kaleidoscope props, gear, and hair along with little random features to add to the fun and crazy like a scene with 6ix9ine playing with some kitties. 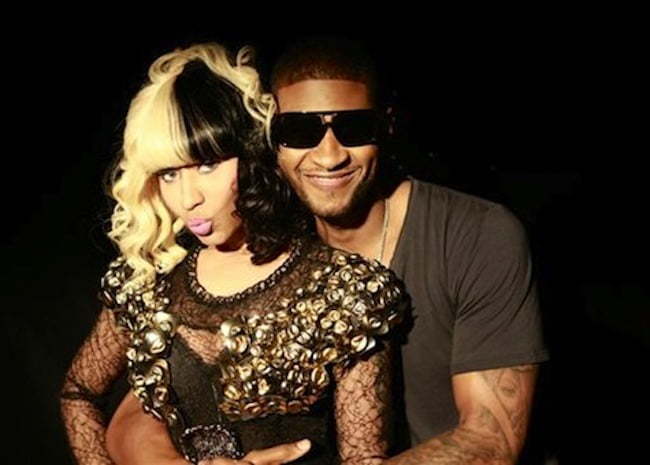 Nicki recently earned her first No. 1 record when she hopped on the “Say So” remix with Doja Cat. Tekashi 6ix9ine also had record-breaking success with his last solo release, “Gooba,” which surpassed 300 million views on YouTube, peaked at No. 3 on Billboard, and was certified Gold in the U.S. just two weeks after its release. When the two New York rappers worked together before on their song “Fefe” in 2018, they peaked at No. 3 on Billboard with the record, which has gone on to become 8x Platinum.

Reports are that 20% of the revenue earned from their new song “Trollz” will be donated to the Bail Project Inc, which caters to low-income individuals in need of bail assistance. Some have found the donation to be a bit ironic considering the number of people Tekashi 6ix9ine’s widely scrutinized testimony from his high profile criminal trial put behind bars this year.

Nevertheless, Minaj made the announcement via Instagram with the message, “We want to protect and support the thousands of brave people working on the front lines of social justice, using their voices to demand AN END to the targeting and killing of Black Americans by the police,” she wrote.

The Bronx and Queens rappers can have the potential to ascend to the top of the charts with their latest release following the rapid success of the record in the early hours of the morning after its release. Nicki and Tekashi 6ix9ine have also been focused on promoting the song with “Trollz” and shark merch – Tekashi’s new signature spirit animal, it seems. In addition to shorts, jackets, and pants like they wear in the video, the rappers’ webstores are also offering a digital copy of the song plus a vinyl copy, a cassette copy, or a CD copy.

Tekashi 6ix9ine seems to have a lot more in store as well. He was recently spotted in the studio with Akon with whom he is working on a sequel for the iconic record “Locked Up.” It was also announced by DJ Akademiks that 6ix9ine has collaborated with “one of the biggest gangstas in hip-hop” on a new track, so it’s only a matter of time before we find out who that is.

If Nicki Minaj tops the Billboard chart again so soon after her decade long wait for her first No. 1, that will have to be a new record in the chart’s history. Check out the odd music video for “Trollz” by Tekashi 6ix9ine and Nicki Minaj.