Vybz Kartel could be locked behind bars for the next three decades and by then the Jamaican landscape will be strikingly different.

But police officers who worked hard to secure a conviction for the former Portmore Empire head is already moving to wipe Waterford in Portmore clean of Vybz Kartel and his followers.

“No more gaza city,” one cop told reporters. “It is also signalling the end of certain gangs in this community.” 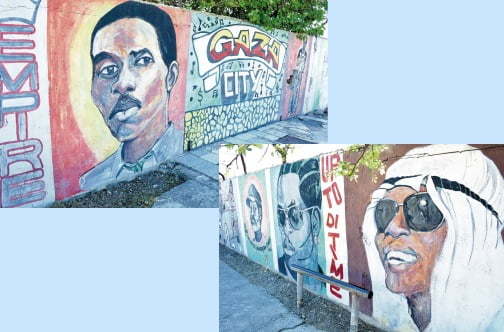 Police officers also say several of the graffiti are of men aligned to Vybz Kartel gang that were either killed by police or other rival gang members.