Maybe one of the best ways to recognize a Jamaican without that person saying “I am Jamaican,” could be how they show their love/respect for one of the UK’s oldest shoe brands, Clarks.

It’s a legacy that has been with the former British colony since the 1960s when the island state got its independence and began to establish its cultural dominance over the world. The music evolved from Ska to Rocksteady, then Reggae gave birth to Dancehall, with each shift bringing a new variation of sound. One thing that remained relatively consistent over the decades has been the trendy fashion sense ingrained in the people. The usual get-up of bright-colored mesh marina and jeans was just not complete without a fresh pair of Clarks.

No wonder the brand has introduced brand new designs to 3 of its most popular lines to pay homage to the Jamaican culture that has directly transformed its brand. The classic Bank Robber, Wallabee, and Desert boots have been redone as follows: Jamaica Trek, the Jamaica Bee, and Desert Jamaica. Each design undeniably bears the black, green, and gold found in the Jamaican flag.

“Since they first hit the streets of Kingston, our profiles have occupied a special place in Jamaican culture. To celebrate this truly original connection, we’ve reworked three of our most iconic styles to pay tribute to the individuality the island is so famous for,” read a statement posted on Clarks Instagram account. 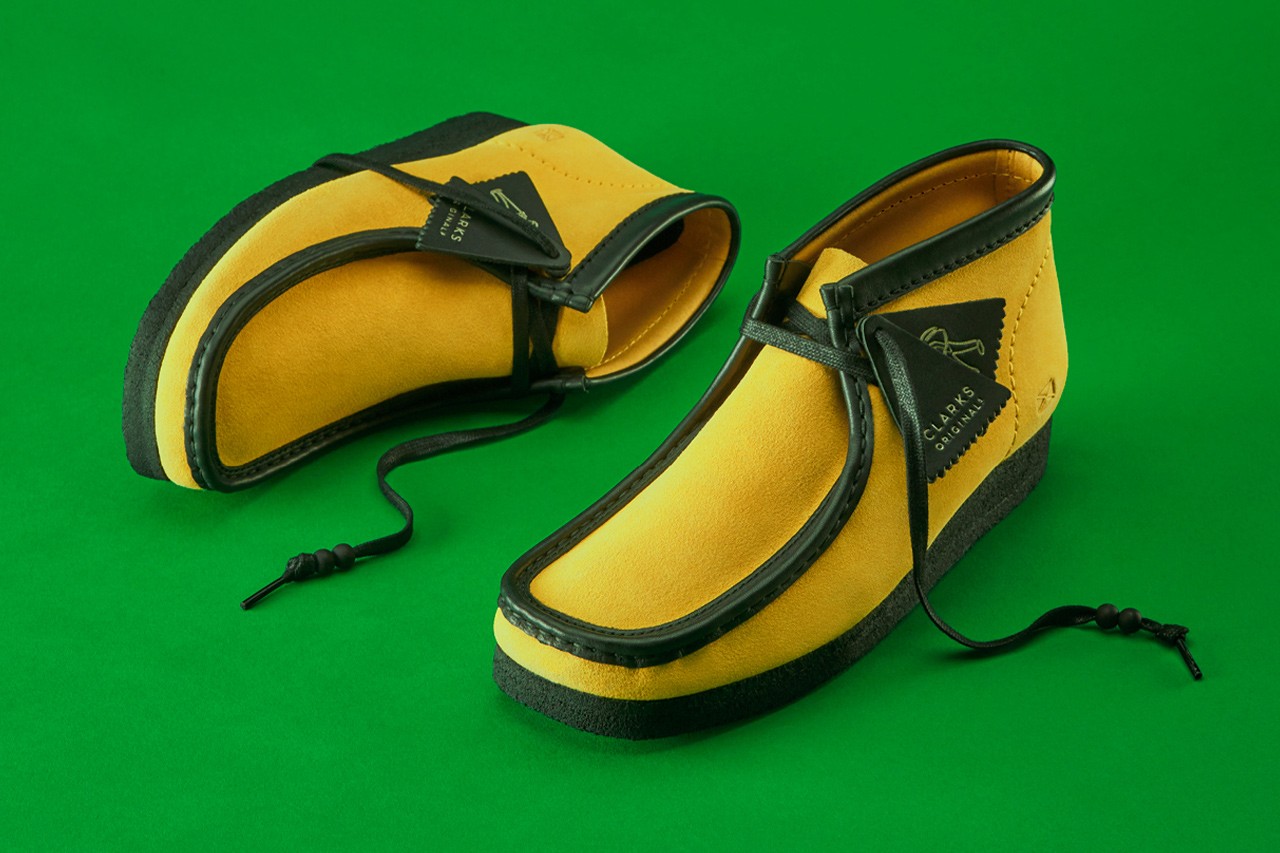 In recent times, the brand has begun working with numerous Jamaican influencers, including reggae giants Chronixx and Lila Ike’; with the latter appearing on a LIVE Unplugged Q&A in 2020. Manchester City Football Club’s striker Raheem Sterling has also spearheaded his own line of boots for the brand.

“Raheem wants the whole of Jamaica to be proud of and feel a connection to this shoe, so the tongue lining features the national motto –”Out of many, one people.” –while the upper pays tribute to the year Kingston was founded, 1692. 03.09.20 #ClarksandJamaica,” reads a statement on the brand’s official Instagram page. The initiative funded social development in Sterling’s home community of Maverley, Kingston.

The latest initiative should bring about similar dividends for the people of Jamaica. “We’re proud to have been part of island life for almost 60 years now. Jamaica has given us so much love over the years. As a way of saying thank you, we’re working with communities across the island and making charitable donations to programmes that really make a difference. Visit our website for collection availability.”

The boot has been immortalized in Jamaican culture through songs such as “Clarks Booty” by Little John, Vybz Kartel’s treble of “Clarks,” “Clarks Again,” and “Clarks 3 (Wear Weh Yuh Have),” and Jahvillani’s “Clarks Pon Foot.”

There is no doubt that other entertainers may also try to take a crack at the ever-trendy topic, and Clarks is poised to capitalize on it with its new Jamaica collection. 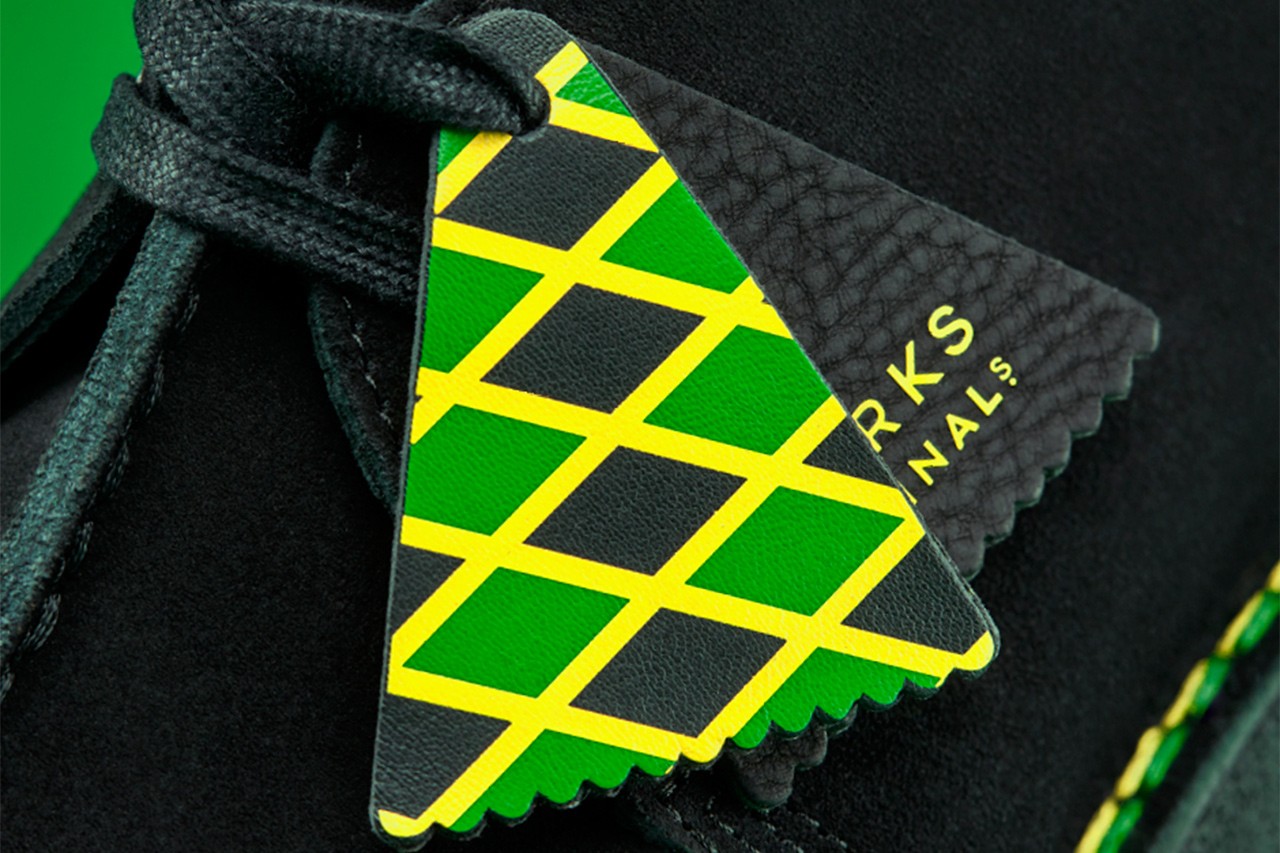 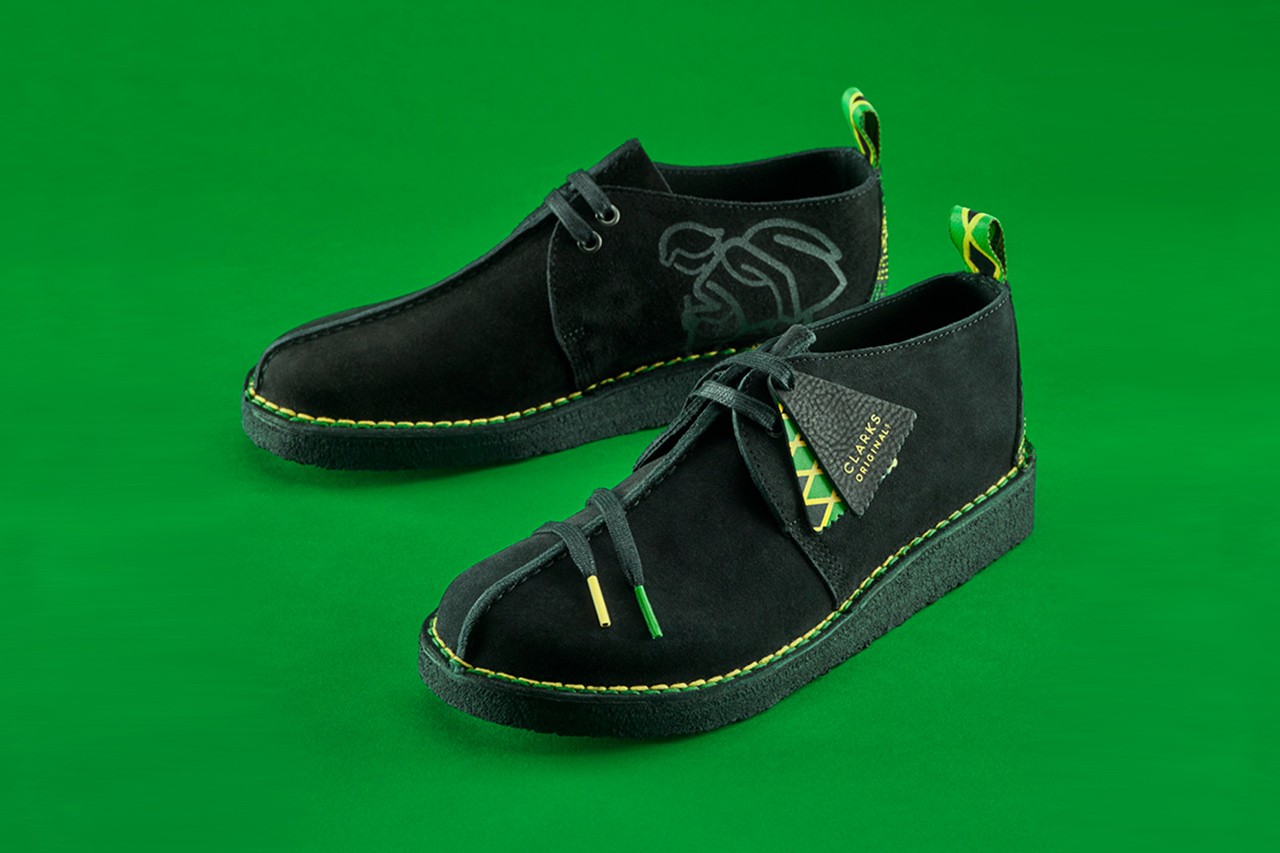 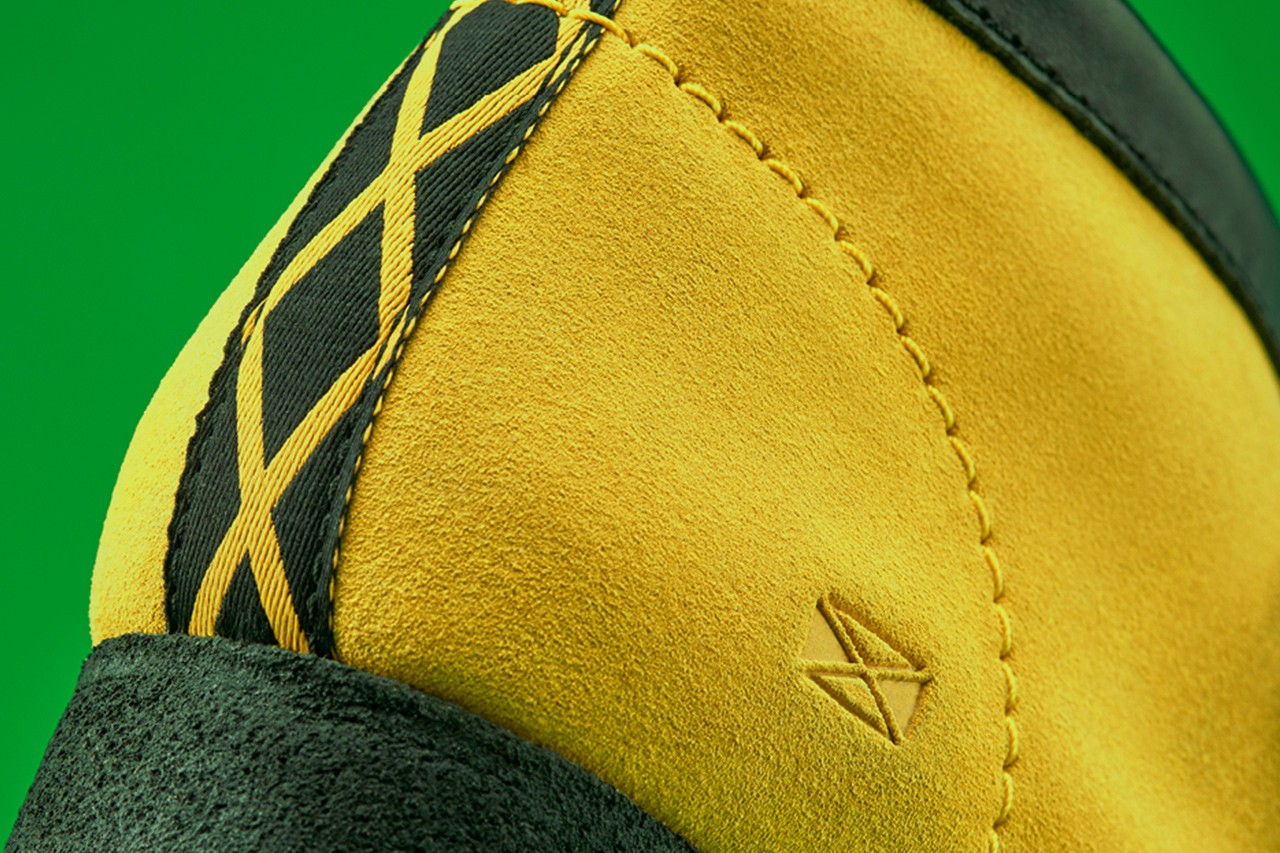 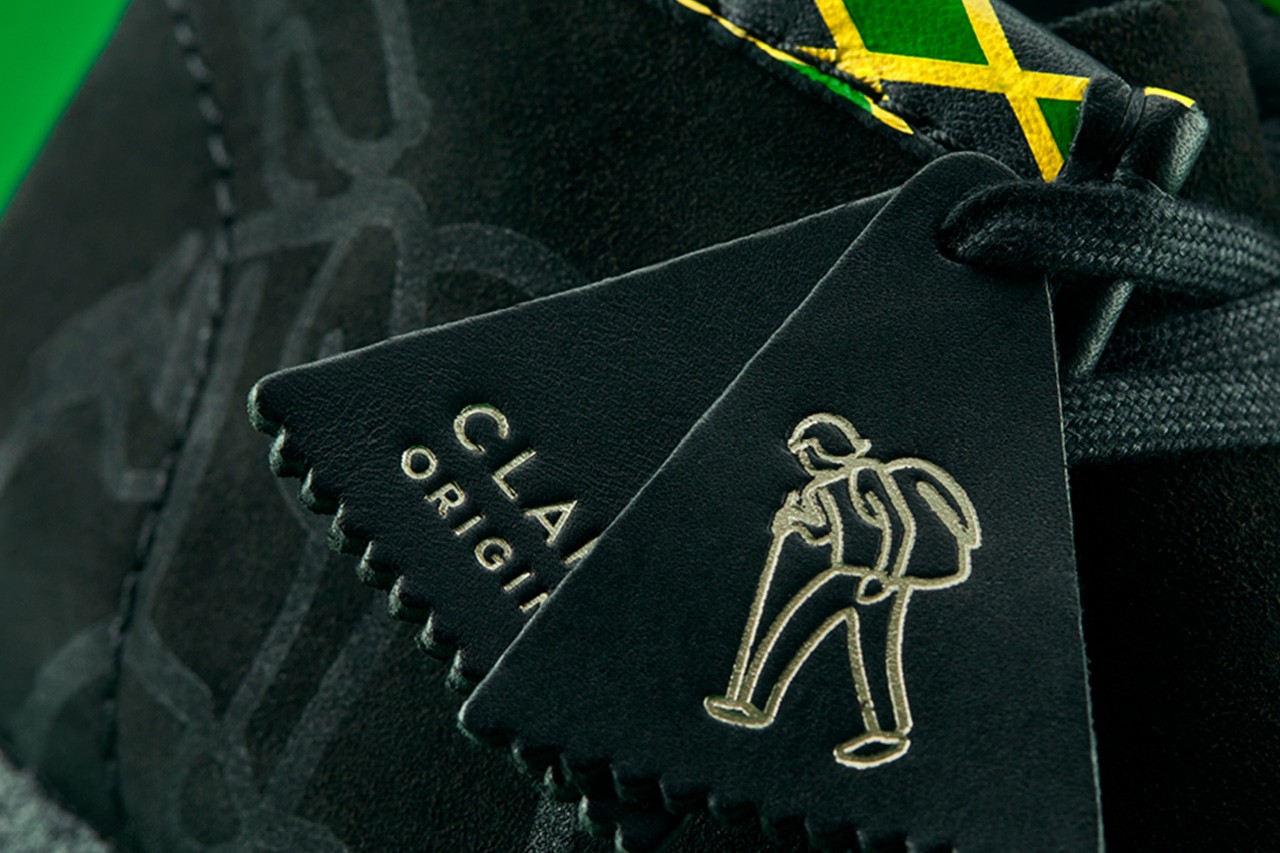 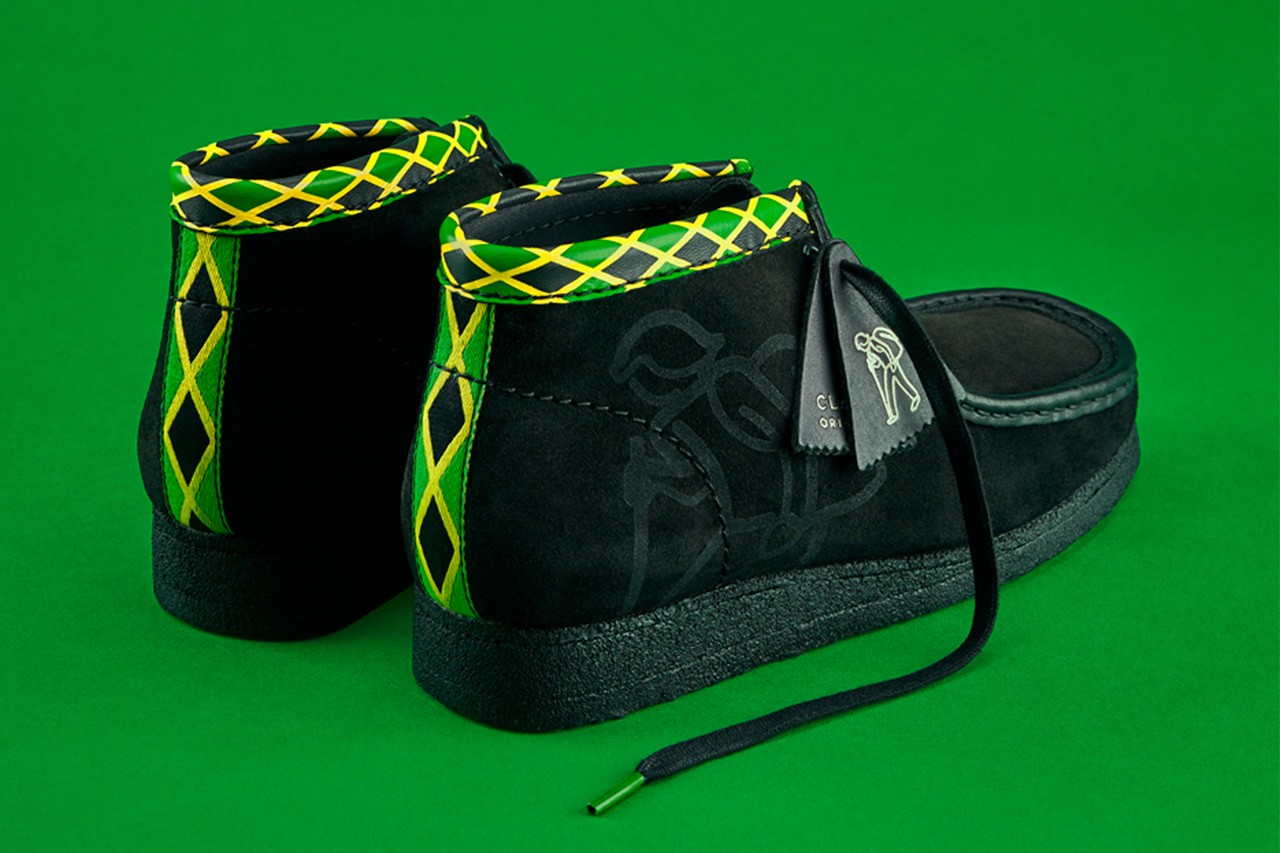 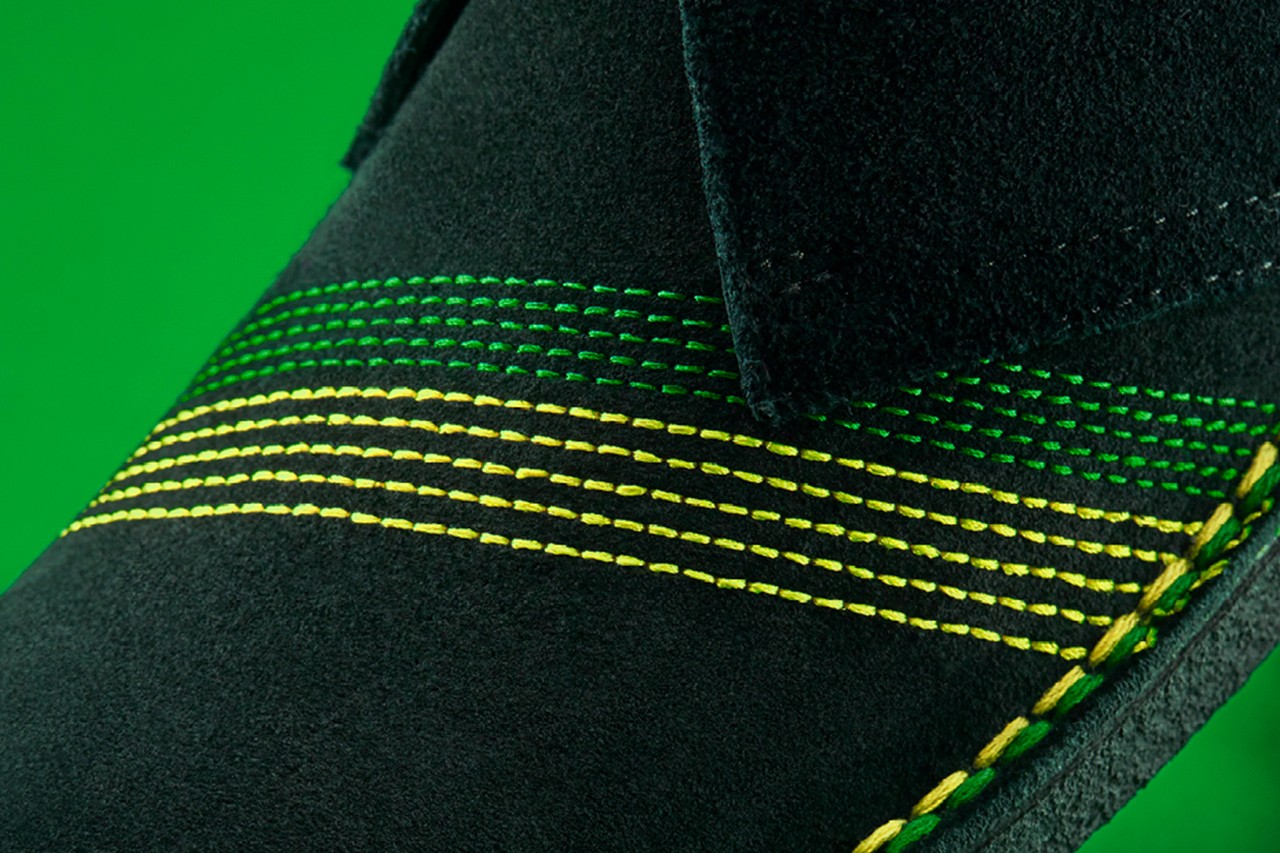 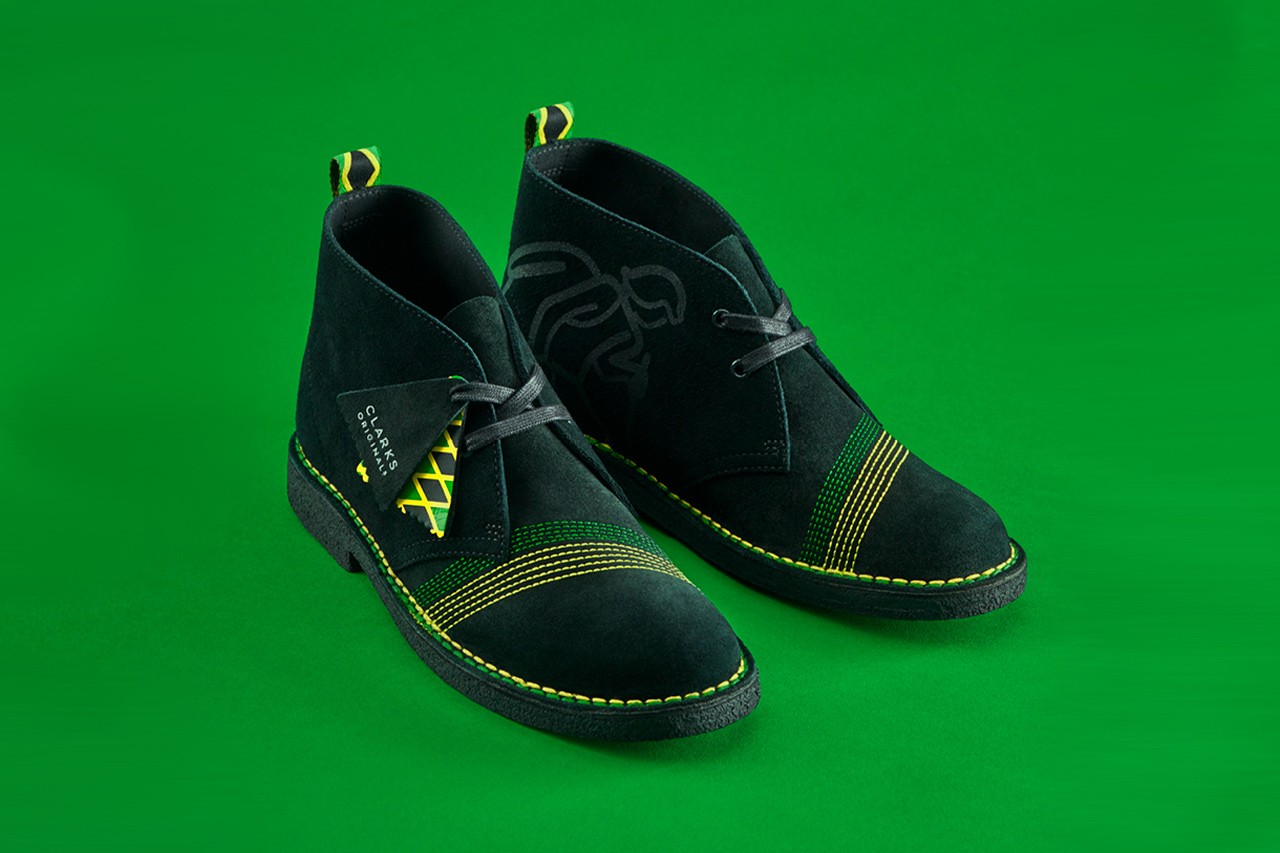