Vybz Kartel shows off his Christmas gifts which include a couple pairs of Desert Clarks and a visit from his daughter.

One of Kartel’s biggest singles of his career is his 2009 mega-hit “Clarks” and his love for the iconic show brand has not changed despite seeing him rocking Jordans in prison recently. The Worl’Boss posted photos of some of his unique Desert boots on Instagram last week which arrived at GP just in time for Christmas.

Vybz Kartel laced up his new kicks on Monday for a holiday family visit. His eldest daughter and other members of his family came and visited him at GP. “Adi’Anna n Mommy me choose.. Love my Prinny #1MoreTime,” Kartel wrote on Instagram in the caption of a photo of himself and his daughter. The dancehall star wore all-white for the occasion while rocking a beard. Some of his fans made fun of his struggling afro which stirred up rumors that he is going rasta. 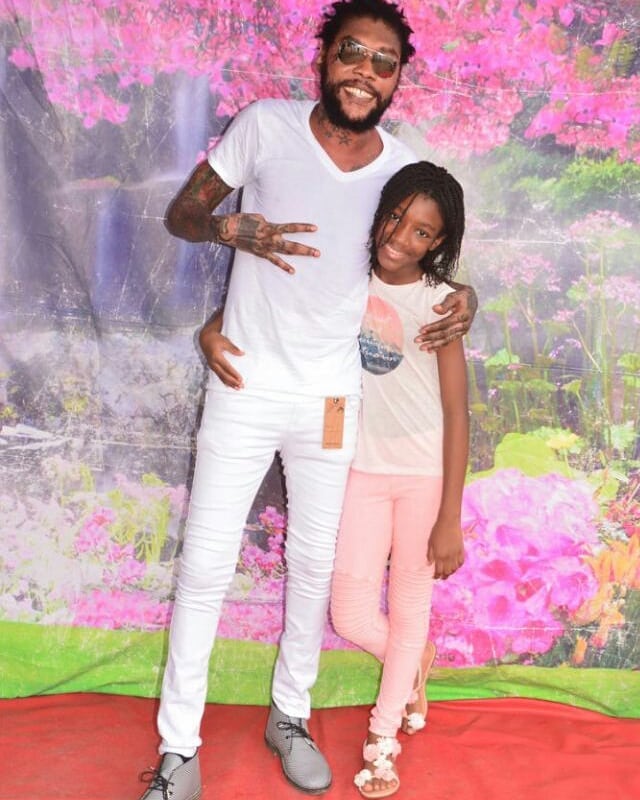 Kartel had a lot of time on his hands yesterday and used it to respond to Alkaline and Tony Matterhorn beef where he trolled the Vendetta deejay for dissing the veteran selector for playing Kartel music at his birthday party in Florida last weekend.