Vybz Kartel has opted to change his legal presentation, retaining Isat Buchanan, as he intends to bring his case to the Privy Council in the United Kingdom.

King of the Dancehall, Vybz Kartel, dropped his new album “Of Dons & Divas” at midnight on June 26. Considering this as his Grammy album, the Teacha is expecting the feedback from the album to be a positive one. Unfortunately, the “Fever” deejay will have to split his focus as he attempts to fight for his freedom, applying to the Privy Council to have his murder case overturned. He is currently serving a life sentence, along with Shawn Storm, Kahira Jones, and Andre St. John. All four men were convicted in 2014 of the murder of Clive “Lizard” Williams.

Unsatisfied with the outcome of the trial and the abundance of improper evidence that was presented, the group of men decided to appeal their sentences. The appeal began in July 2018, and on April 3rd of this year, their appeals were denied. The decision brought down by the three judges came as a shock to all four men and their attorneys. Vybz Kartel’s bevy of Gaza fans wholeheartedly believed that the artiste would have been set free. The controversies surrounding the trial and how it was conducted, led many to believe that his appeal would have been granted. Furthermore, his lawyer, Valerie Neita Robertson, was extremely positive in the days leading up to the announcement.

She posted numerous tweets boldly stating that the Worl’ Boss was about to be freed. Bubbling with a lot of confidence, she tweeted, “As the SENIOR Lawyer on the Case and the attorney who represents Adidjah Palmer along side QC Tom Finson . I only ask one favor, tomorrow please celebrate atleast 3 FT apart in your homes along with Other #covid-19 Stipulations. Dont come on the streets #TanAhYuhYaad.”

She later added, “I have been getting multiple calls from the media about my confidence in Vybz Kartel appeal. This team of lawyers only argue cases of substance. #VybzKartelAppeal #FreeWorldBoss.” Immediately running with her words, fans began retweeting her statements becoming quite assured that Vybz Kartel was about to be released. Whenever she was questioned about her confidence, she struck back with virulence. She also hilariously reposted many lyrics to Kartel’s songs in response to fans’ queries. Finally saying, “I know when a case is strong,” she bid Twitter a good night in preparation for the appeal verdict.

As the SENIOR Lawyer on the Case and the attorney who represents Adidjah Palmer along side QC Tom Finson . I only ask one favor, tomorrow please celebrate atleast 3 FT apart in your homes along with Other #covid-19 Stipulations. Dont come on the streets #TanAhYuhYaad. ?

Due to the Coronavirus pandemic, the appeal verdict was delivered via phone. Seated in her office, Valerie Neita Robertson allowed media outlets to live stream the event. Fans tuned in by the thousands as they anticipated the big announcement, most hardly able to sleep the night prior. Then came the moment of truth. Vybz Kartel’s appeal was unanimously denied. However, all four men had two years shaved off their sentences. Fans felt slighted. They attacked his lawyer in droves claiming that she boosted them up.

One individual stated that she was the worst attorney ever, to which she notoriously responded, “Your comment doesn’t matter. You couldn’t afford my fees anyway.” She further referred to persons as illiterate saying that they probably couldn’t even “sell a bagjuice.” She firmly stuck to her initial countenance claiming that she would have been stupid to be anything but confident. “You can’t discredit the hundred of wins I have with one case …..ask those who are free from injustice about my credibility….& btw the PC hasn’t spoken!!!!!!,” she recently tweeted.

Although Vybz Kartel strongly defended Ms. Robertson, it now appears that his resolve has somewhat shaken. Upon officially filing for leave from the Court of Appeal so that he can take his case to the Privy Council, the Teacha has secured a new attorney. The hearing, which will be taking place on Monday, June 29, at 9:30 am will be conducted via video link. 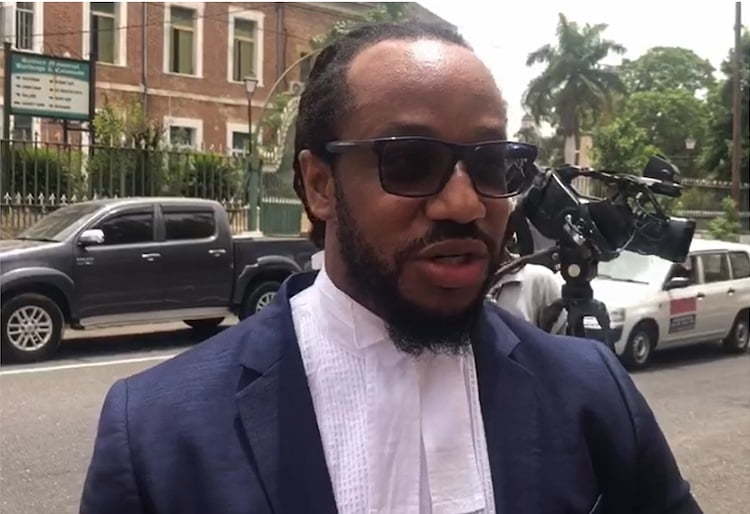 Isat Buchanan is now Vybz Kartel’s legal representation. John Clarke will be the attorney for Kahira Jones and Andre St John. Shawn Campbell has retained Bert Samuels. This is the final leg for the four accused men’s court battle for freedom. The importance of this Privy Council application is unexplainable. However, there is a possibility that the request will be denied, and Vybz Kartel will have to remain in prison serving out his life sentence.

The sheer magnitude of this fact could be what motivated Kartel to replace Valerie. Isat Buchanan is a highly regarded attorney. He is the son of veteran toaster Big Youth. Speaking with Loop, Buchanan explained that seeking admission to the Privy Council is an expensive process, “The medium to hear that appeal (Privy Council) has not been announced as yet. Access to the highest court in our judicial system is very expensive and notwithstanding the possibility of video link appearances, save for travel, it remains a heavy burden for the average litigant who has serious issues that warrant consideration by our final court.”

One must mention Buchanan’s own career as a dancehall artiste. Utilizing the stage name “Isat”, he dropped “That’s Cool (My Girl)”. The track features his father and it currently boasts over 10,000 views on YouTube. Buchanan considers it a privilege to be able to defend Vybz Kartel at such a momentous event. Stating that Kartel is, “Jamaica’s national treasure and musical lifeline.”

Although Buchanan’s repertoire boasts a number of wins, most recently the freeing of George Williams, a mentally-ill individual who was imprisoned for an incredible 50 years, without ever receiving a trial, Fans are wary of once again being hopeful of the outcome of the hearing.

In the meantime, fans can ease their anxiety by listening to his new album “Of Dons & Divas”.