Vybz Kartel suffered a crushing defeat as the Appeal Court handed down its verdict today.

The day has finally come for Vybz Kartel to hear his fate, and though his appeal was basically denied, he might be out sooner than initially thought. Attorney for incarcerated deejay Vybz Kartel was on the receiving end of a vital phone call today from the Court of Appeal. According to the judge, he is allowing the deejay’s legal team a couple days to submit more material so they can decide on a more appropriate sentence. In her expert opinion, Valerie Neita-Robertson says she believes they have already decided on a reduced sentence, just not the exact number of years yet.

It has been a long road leading up to this decision today. Adidja’ Vybz Kartel’ Palmer was first arrested in September of 2011 for marijuana possession. While in police custody, the deejay was later charged by Jamaica’s Major Investigation Taskforce with conspiracy, illegal possession of a firearm, and murder.

The deejay was initially facing two murder charges, but in March 2012, he was granted $3 million bail on the first charge for the murder of one Barrington Burton. He however had to remain in jail pending the second murder trial. Kartel’s nine-year stint in prison thus far has been plagued with delays and even perceived injustice if you ask some fans. The court trial that was initially scheduled for almost a year later in January 2013 was postponed to July 2013, at which point he was found not guilty on the first charge. 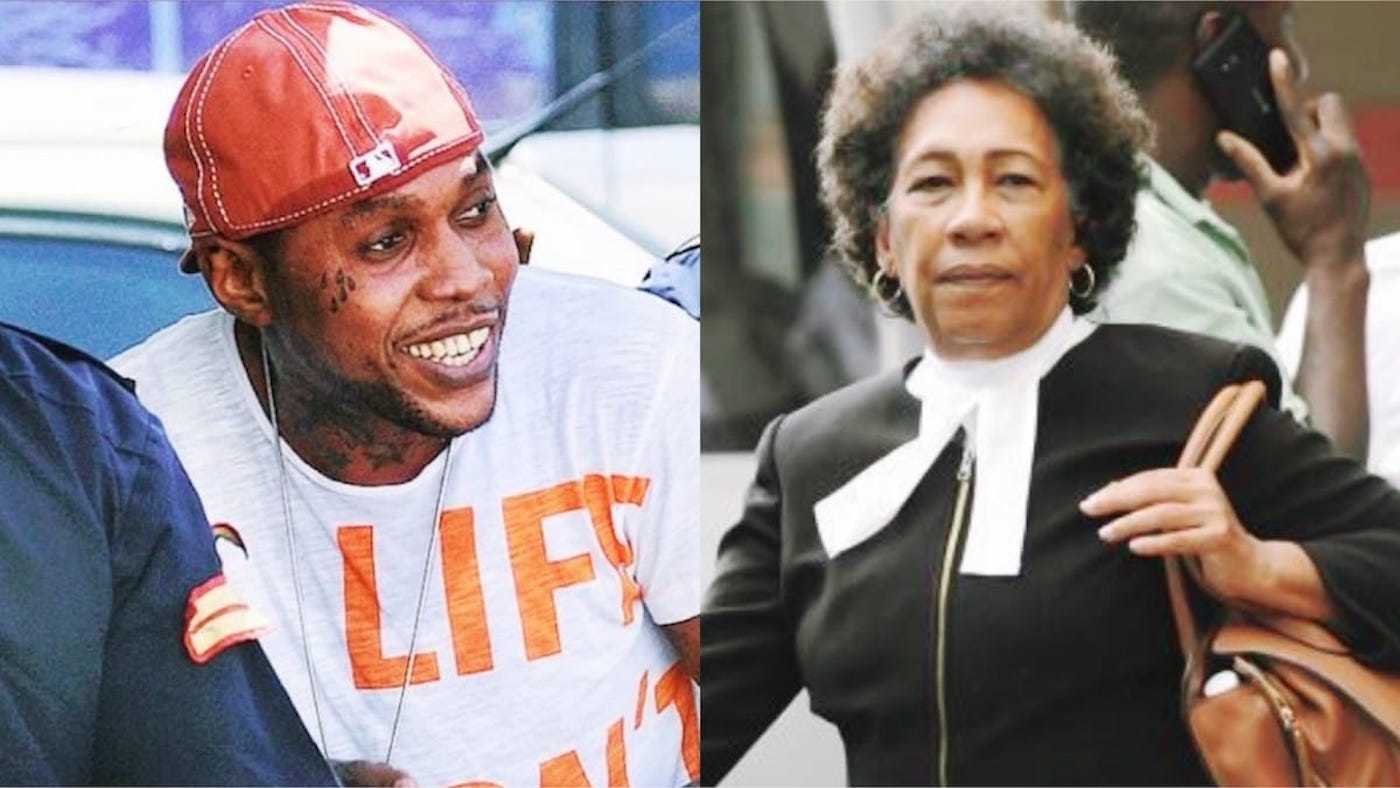 However, when it came time for the second murder trial in November 2013, Vybz Kartel saw a different outcome. The 65-day murder trial is reportedly the longest-running in Jamaica’s history. The aced dancehall deejay was subsequently found guilty by 10 of the 11-member jury. Vybz Kartel, legally referred to as Adidja Palmer, was convicted along with co-defendants Shawn “Storm” Campbell, Andre St. John, and Kahira Jones in 2014 for the murder of Clive’ Lizard’ Williams. His guilty verdict led to a life sentence where he was required to serve 35 years before being eligible for parole.

As we know, his lawyers took it to the Court of Appeal next, and it has by far been the worst delay of the entire process. After submitting a strong appeal in July 2018, it wasn’t until April 2020 that a decision was finally handed down. The deejay’s attorneys came into today with different views. Senior attorney Neita-Robertson said, “I only ask one favor, tomorrow please celebrate at least 3 FT apart in your homes along with other COVID-19 stipulations,” she wrote on social media, implying major confidence in the case result.

Lead attorney Tom Tavares Simpson said, “I have no idea what the verdict will be, but what I will say is that it has taken almost 10 years for Vybz Kartel to get justice and people wonder why people say the justice system is broken,” he wrote. “We are all hoping for the best, preparing for the worst. We may have to go to the Privy Council for justice.”

Now that the decision is here and the deejay’s legal team will move to the next step in the process, how do you think this will affect the rest of Vybz Kartel’s career? One thing is for sure, Gaza fans everywhere have been left disappointed once again by the court’s decision. As for Vybz Kartel, a reduced sentence could be the best news he has gotten since his initial arrest.