Rihanna and A$AP Rocky have been dating for weeks now.

A$AP Rocky scooped up newly singled Rihanna from last month, according to our sources. Yesterday news broke confirming our speculations that the Bajan pop star and her boyfriend Hassan Jameel have broken up. We’re told that the pair have been broken up for months, which means that RiRi was single for a while before she started hooking up with Rocky around the beginning of December. “They’ve been dating since the start of December they’re just good at keeping it under wraps,” a source inside the Bajan pop star’s circle told Urban Islandz late Friday evening.

As to the reason why Rihanna and Jameel broke up, we’re told that the relationship was difficult to maintain because of their super busy schedule. “Believe it or not they argue a lot about it, RiRi is super busy, she hardly even have time to go into the studio and he is very busy too running multiple businesses,” sources said. “It’s like one of those love stories that you want to root for but deep down you knew it was doomed from the start. All of us are surprised it lasted that long, just wasn’t sustainable.” 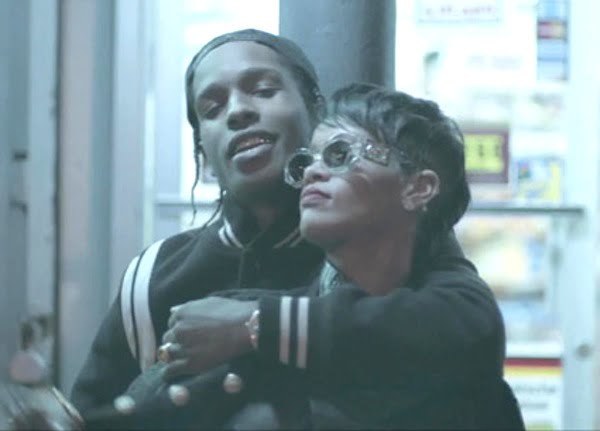 Base on what we’re told, Rihanna has been single since the end of summer last year. She and A$AP Rocky have been friends for years and maintained contact with each other even while she was dating Jameel. We’re told that the folks in Rihanna’s circle like A$AP a lot and like hanging around him. “His vibe is good man, he’s a good guy very funny and down to earth man everyone around her like them together he’s dope,” our source revealed.

Rihanna was spotted at A$AP Rocky’s concert in Sweden back in December. They were also spotted out in London having dinner on two occasions in December. In case you still doubt that anything is happening between them, RiRi was at the Yams Day benefit concert in Brooklyn last night supporting her man. Interestingly Drake was also at the show and in the same VIP section, but they weren’t interacting with each other. From the intel we’re getting, they have been spending way more time together than we are aware of, they’ve just managed to keep things under wraps.

Since learning about her single status, Boosie Badazz has been shooting his shot on the Gram. As for Drake, it’s unclear if he tried to make a move yet, but Rihanna was spotted at his birthday party at a club in Los Angeles in October.