50 Cent and French Montana and doing their best to rival Eminem and Nick Cannon in the beef championships. The Power actor is not a stranger to feuds, having publicized ones with The Game, Rick Ross, and Ja Rule. 50’s latest sparring partner is the Moroccan-born rapper French Montana who was on the receiving end of one of Fiddy’s brutal tweets at the end of December. It now seems that French is not waging this war on his own. Social media star and infamous groupie Celina Powell, who recently exposed some intimate details about Snoop Dogg’s bedroom shenanigans, has now done the same with Fiddy.

Powell told her followers a long story of her and 50’s Los Angeles hookup and on Sunday, French Montana reposted the entire thing. Latching onto the saucy details, French remarked, “NOW I KNOW WHAT ‘GET THE STRAP’ MEANNN 59. SHE GOT THE MAGIC STICK, NOT YOUR BOOTYYYY.. SAY IT AIN’T SO 59. THATS WHY THEY CALLED YOU BOO BOO!!!!! HERE’S THE FULL STORY. GETTIN YOUR SALAD TOSSED FOR HOURS PART 1.” 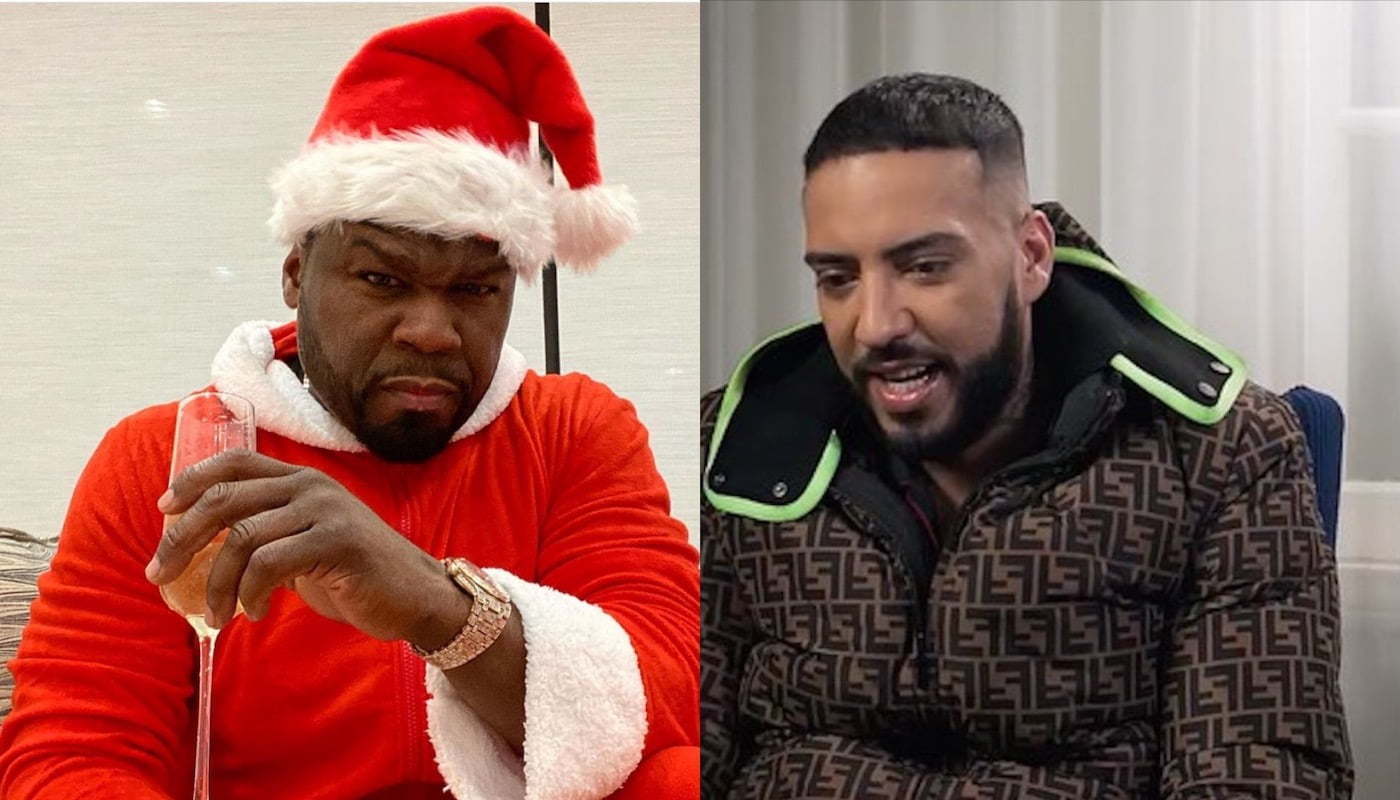 The beef all started when French took the opportunity to show off his Christmas present that he bought himself — a new blue Bugatti — and 50 Cent was the embodiment of Scrooge. Although not directly referencing French in the IG post, the “Candyman” rapper snarked, “I’m in the hospital so sick of n****as, that’s a 2010 Veyron man. You shoulda just got the Uber app on ya phone it’s 2020 Chiron Man hahaha Put that bullsh*t back on that truck.”

The “Writing on the Wall” rapper hit back with a seemingly photoshopped picture of Fiddy getting tongue-tied with Eminem, along with the caption, “BACK TO BACK AGAINNNNN WHOS THAT 59 COULDNT EVEN GET A BUGGATTI AFTER THAT DINOSAUR look at my dawg Kay slay face lol.”

The back and forth beef continued, with French alleging that 50 had been behind the purchase of fake streams that bulked up the 35-year-old’s sales for the “Writing on the Wall” track. He retaliated by leaking a jaw-dropping scene from Sunday night’s episode of 50’s hit television show, Power.

Fiddy is not gonna let this one lie for long so stay tuned for his next clap back.

BACK TO BACK AGAINNNNN WHOS THAT 59 ? COULDNT EVEN GET A BUGGATTI AFTER THAT DINOSAUR ? look at my dawg Kay slay face lol