French Montana says 50 Cent buying up his streams to embarrass him.

French Montana and 50 Cent have been trading jabs for close to a week now, with the latest shade coming from French who took to Instagram to accuse Fifty of purchasing fake streams to frame him for trying to pump up the sales of his own music. The track in question, “Writing on the Wall,” featuring Post Malone, Cardi B, and Rvssian, raised some eyebrows after people noticed that the stream count jumped significantly after not doing so well upon its initial release. Fifty accused French of buying the additional streams himself, but now the Bronx rapper is turning the tables on Fif, saying he purchased the streams for the sole and petty reason of making French look bad.

In the video posted by French Montana, he goes in on 50 Cent, saying, “Yeah, you sensitive dinosaur. I got all under your skin. Your whole page is about me. When that hate don’t work, they start telling lies, baby. Go keep buying my streams and talking ‘bout faking streams. I checked on it. They all coming from New York. I did my homework.” 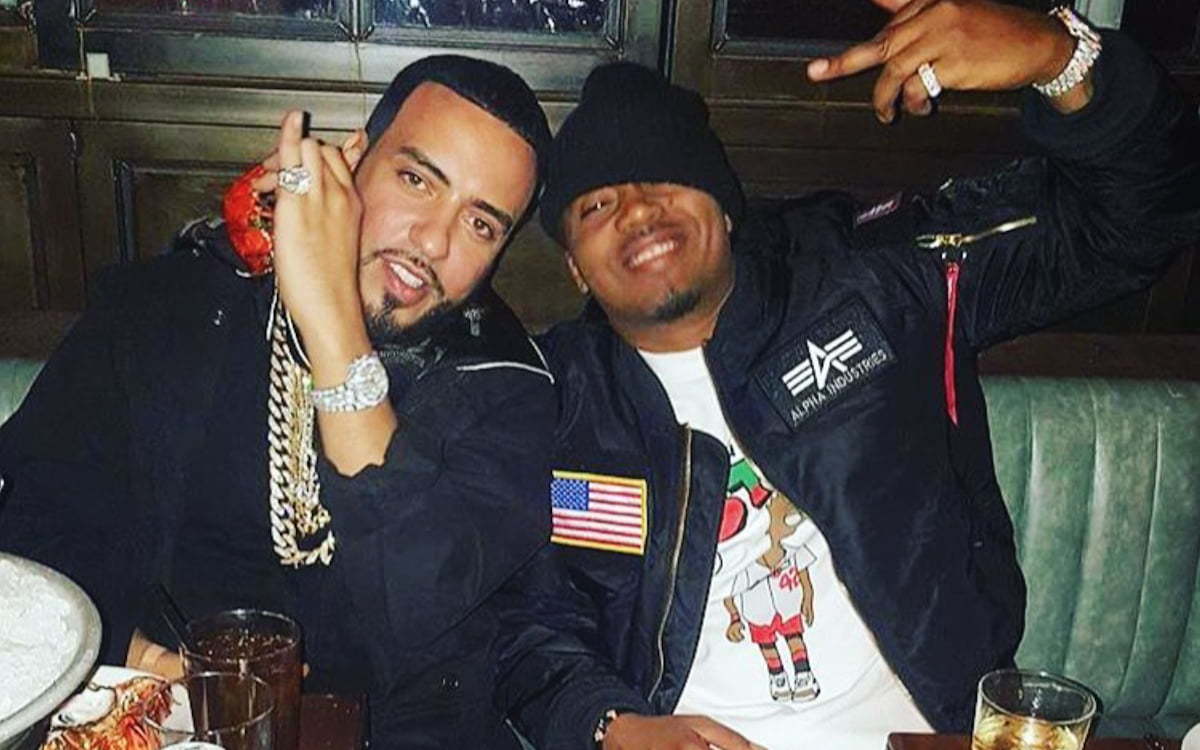 French added, “Yo, how you go out your way, and call yourself an artist and buy my streams to make me look bad?” French didn’t leave it at that, going on to post a screenshot of an article about Fif owing money for a Bentley, as well as a video of a woman talking about an alleged sexual encounter with the G-Unit rapper.

It’s no surprise that this most recent feud was started by 50 Cent, given that he always seems to be stirring up trouble with some celebrity or another. Earlier this week, Fif made fun of French’s Bugatti purchase on social media, claiming that the “Wiggle” rapper needed a 60-month loan for the car, and comparing him to the disgraced Queens rapper, Tekashi 6ix9ine. While it isn’t clear who purchased the streams, clowning fellow celebrities is nothing new for Fifty, and neither is spending money just to embarrass someone he dislikes.

59 HOW YOU STOOP THAT LOW DINOSAUR ..YOU BUY FAKE STREAMS ON MY SONG AND TRY TO USE THAT AGAINST ME. WOW. YOU THAT DESPERATE. I SHOWED PAPER WORK FOR 2MIL NOW YOU GOT NOTHING ON ME, BUT TO STOOP THAT LOW. BULLY DAYS ARE OVER WITH ? YOU SHOULD USE THAT MONEY FOR YOUR RAP SHOWS DINOSAUR ? !! YOU CAN ONLY PERFORM IN SOUTH KOREA ? ITS OK TO TAKE AN “L” AND IM LOOKING FOR YOUR DENTIST YOU DESERVE A FULL REFUND ? 59 AN EVIL DONKEY

look carefully at the dates most of those tweets were sent, between 18-25 december 2019. now look at the date "writing on the wall" re-entered spotify US. december 22. y'all see where i'm going with this? pic.twitter.com/ilkxKBW9sY

it's more than clear that french montana's label is buying streams and trying to make it seem like the song is rising on its own because it's popular on tiktok pic.twitter.com/PkdxEpeIm5