Chris Brown and his on-again off-again girlfriend Karrueche Tran are back on speaking terms but they are keeping it on the down low.

Since pulling the plug on their relationship earlier this month, Karrueche has not spoken to Chris Brown, at least not until a few days ago.

SEE ALSO: Rihanna Calls Chris Brown The “Beast I Fell In Love With”

Sources connected to the couple told Urban Islandz that a mutual friend convinced Karrueche Tran to speak to Chris Brown following their split over his 9-month-old love child.

“Karrueche Tran was determined to not speak to him ever again and he was clearly torn up about it,” sources told us. “He is very depressed and torn up and it was just sad to see him like that so one of their mutual friends reached out to Karrueche and that was how they started talking again.” 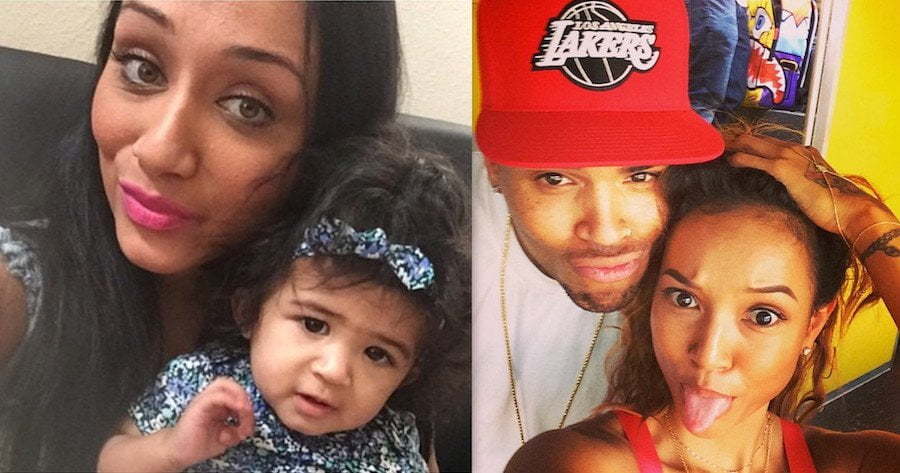 “They are keeping things on the low because so much has been out there in the media already and Karrueche know that she will get some backlash if she goes back to him especially after that Oprah reality show,” our source said. “At the end of the day it’s her choice to make if she wants to get back together with Chris.”

Last week Chris Brown spent some quality time with his daughter Royalty during a tour stop in Houston.

The “New Flame” singer had one of his bodyguards picked up his daughter, as well as, his baby mother in a limo and brought them to his tour bus where he bonded with the adorable toddler.

“He was very happy to see her and spent some quality time with her, you can just tell that this baby brings out a different side of Chris,” sources told us.

An insider told Hollywoodlife that Chris Brown told Karrueche Tran that she would have to accept his daughter Royalty because she is not going anywhere.

“Chris wants it to work out with Karrueche,” the insider said. “But he’s really focused on being a father and raising his daughter. Karrueche needs to understand that if she ever takes him back, which he wants, she’s going to have to accept his daughter. She’s not going anywhere. She will very much be a part of his life and so will Nia.”