Vybz Kartel and his legal team have made good on their promise to file an appeal in the Court of Appeal on Tuesday.

The embattled dancehall star and his three co-convicts file the appeal claiming that they got an unfair trial in the Home Circuit court.

According to official court documents obtained by Urban Islandz, Vybz Kartel, real name Adidja Palmer, Shawn “Storm” Campbell, Andre St. John, and Kahira Jones based their appeal on the ground that they got an unfair trial, miscarriage of justice, misidentification by witness, and lack of evidence.

* Unfair trial: That the evidence and testimonies upon which the learned trial judge relied to direct the jury and subsequently led to my conviction lacked facts and credibility, thus rendering the verdict unsafe in the circumstance.

* Lack of evidence: during the trial the prosecution failed to present the court any form of substantive material evidence, that is, scientific material, or DNA evidence to link me to the alleged crime.

* Misidentified by witness: That the main prosecution witness wrongfully identified me as person or among any persons who committed the alleged crime.

* Miscarriage of justice: That based on the evidence in respect of a time date, the court failed to recognise the fact that I could not have committed the alleged crime. 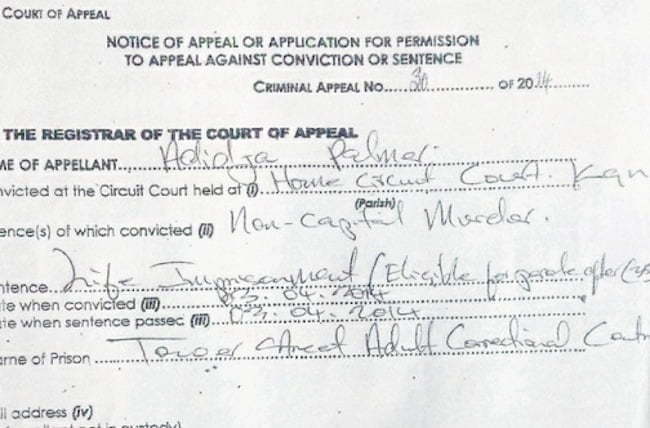 The high profile murder trial was marred by police corruption and evidence tampering. But there were also alleged corruption on the part of the defense after a juror was caught trying to bribe the foreman with $500,000.

The accused juror has since being charged and has express his innocence.