Did local artistes turned their back on Vybz Kartel during his murder trial?

That is what the “Dancehall Hero” deejay has been saying since his conviction last week in the Home Circuit court in Kingston sent shock waves throughout dancehall.

Vybz Kartel’s common-law wife and mother of his three kids, Tanesha ‘Shorty’ Johnson, told the Observer that the deejay told her that he is disappointed with the lack of support from his peers in dancehall.

The only artistes who supported the deejay in court were rapper Busta Rhymes, singer Junior Reid and local act Spliff Star. 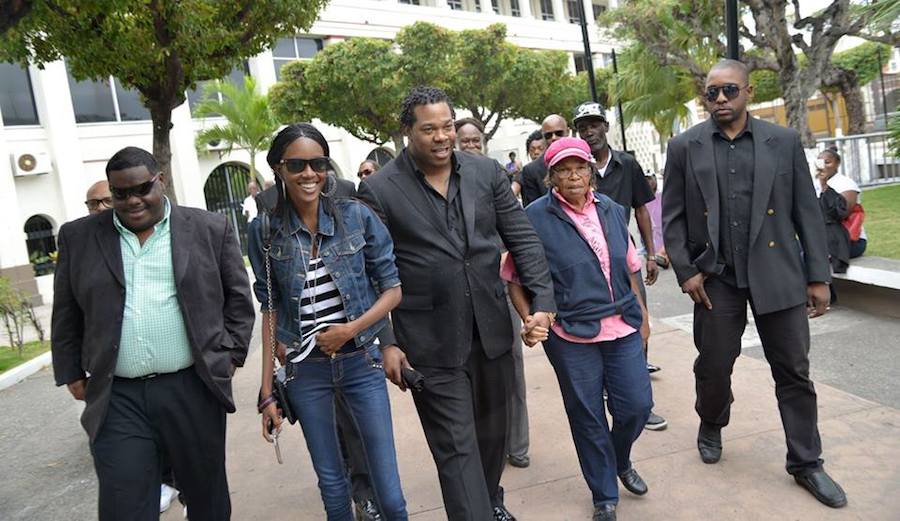 “All who want him behind bars won’t get any support,” Kartel baby mother said.

Vybz Kartel, Shawn Storm, Kahira Jones, and Andre St John were all convicted for the murder of Clive “Lizard” Williams and will be sentence next week Thursday.

The four men are facing a life sentence.