Bounty Killer shared his theory on why he thinks Vybz Kartel is incarcerated.

The dancehall legend says that he believes that Vybz Kartel‘s chances of coming out of jail are higher with the United Kingdom’s Privy Council than any of the local courts in Jamaica. Speaking about his former protégé with Fat Joe live on Instagram, Bounty Killer opined that Vybz Kartel’s power and influence as an artist was a threat to systems in the island, which he believes could be the reason why he was not successful in beating a conviction in the Jamaican courts.

“He’s having an appeal; the appeal is still going on. He’s getting an appeal from a higher court overseas, so they are still in the process of the appeal,” he says.

“But the system in Jamaica doesn’t want to let out Vybz Kartel so despite discrepancy in his case or questionable things, they deliberately wanted to lock up Kartel. The system in Jamaica went after Kartel so despite what his case or the scenario was, they wanted him. If he’s gonna get any freedom it’s gonna be from a higher court overseas but not Jamaica system. They wanted Kartel as an example,” the self-proclaimed Poor People’s Governor told Fat Joe when asked if Kartel had any chance of successful appeal.

He added, though, that he cannot speak to whether Vybz Kartel is innocent or guilty.

According to Bounty Killer, Vybz Kartel was regarded as a bad influence because of his power and control over the youth.

Even though behind bars since 2011, Vybz Kartel has been among the top dancehall artists releasing music over the past decade. Kartel’s social influence over the youth has gone beyond the realm of any other artists due to his often controversial lifestyle and edgy lyrics, which include skin bleach glorified in the song “Cake Soap.” Kartel himself bleached his skin from cocoa brown to a light tan brown color and even promoted and sold his own brand of cake soap because of how popular the song became as well as the practice of skin bleaching.

In a conservative country like Jamaica, Vybz Kartel’s catchy and penetrating lyrics also had a major influence on other types of social activity, such as the practice of smoking weed at a time when marijuana was not decriminalized, as well as the sexually explicit songs promoting certain sexual acts like oral sex performed by women on men which were previously taboo in Jamaican society.

Kartel’s case before the Privy Council is due for a decision sometime this year. However, the wait has not been without its fair share of controversy as the artist has been accused of continuing to make music behind bars as well as dealing with a rumor that he has now become Christian as he plans to become baptized, and that decision means that he now renounces badness and all forms of criminality he was previously involved with.

However, the artiste has denounced the rumors as false and calculated to affect his ongoing appeal. He asserted his innocence and noted that he would be waiting on the verdict.

Meanwhile, Bounty Killer noted that the authorities have also tried to clamp onto him as they did Vybz Kartel. The two men have come a long way, with Bounty Killer introducing Vybz Kartel on stage in 2000, a time when the promising artist might not have even known he would become as big and influential and later become “Worl’boss”- a popular moniker he used to refer to himself in the third person in his songs. 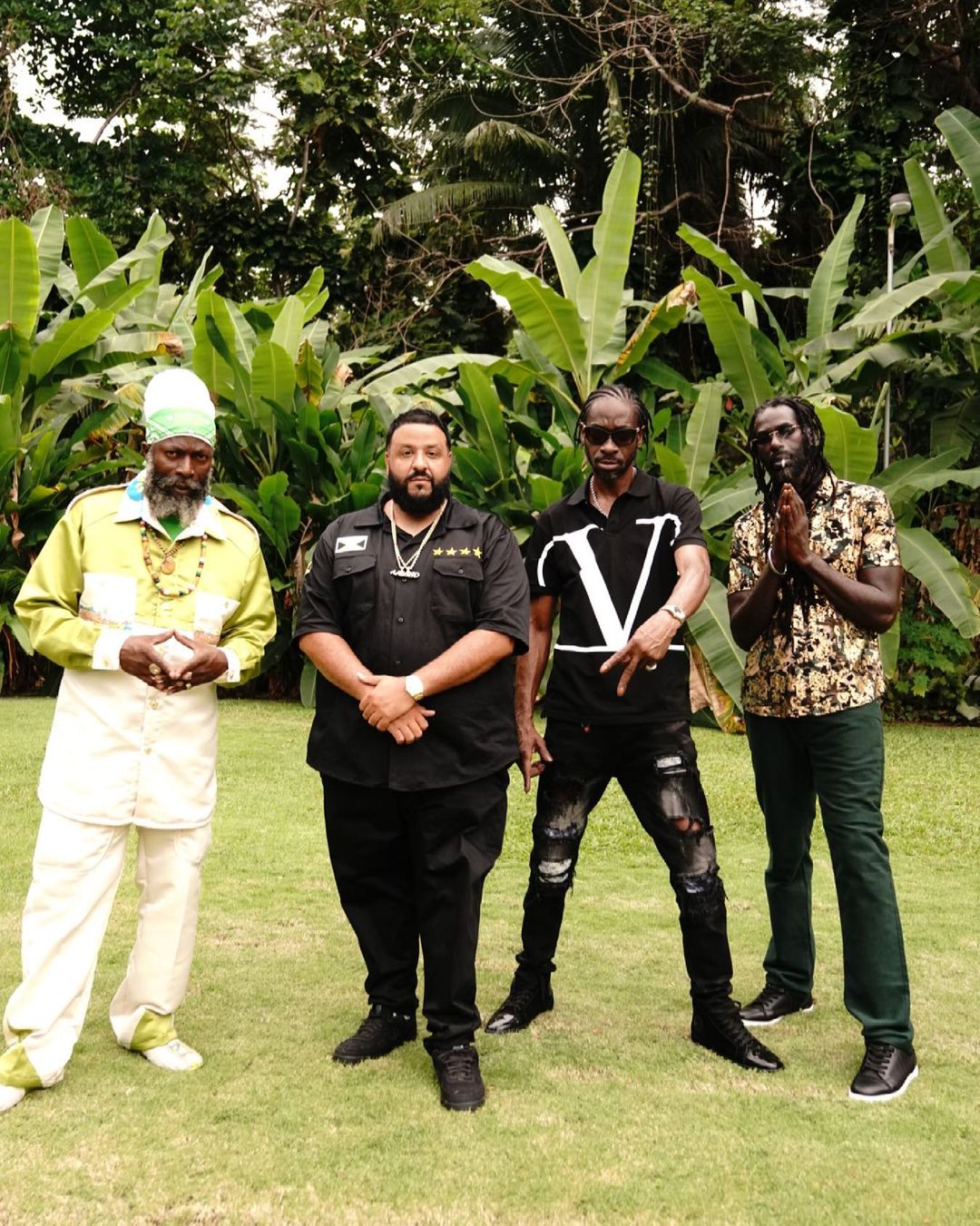 The two men later had a falling out that led to a bitter rivalry, but 20 years later, they have been respectful to each other as Kartel has acknowledged Bounty Killer’s introduction of him to the masses as a life-changing moment while the Bounty Killer himself has recognized Kartel as an icon of the dancehall era he represents.

Meanwhile, Fat Joe’s conversation with Bounty spanned a range of topics. One of the things he noted is that many in the industry are borrowing from Jamaican culture but fail to give recognition.

“You know, I see a lot of people take from the Jamaican culture, they make rhythms, songs and hits but don’t come back and embrace Jamaica the right way.”

Bounty Killer agreed that the problem has been pervasive even as dancehall climbs the ladder to become a mainstream genre.

Among those Bounty Killer called out was DJ Khaled, who has always supported dancehall music, promoted Jamaica’s beauty, and highlighted our culture, leading to many celebrities either coming to Jamaica or DJ Khaled himself bringing them to the island for work and vacation. Earlier this year, he flew down H.E.R. and Migos rappers Offset, Quavo, and Takeoff, to shoot a music video.

On the other hand, Bounty Killer says that his album is being produced by Damien ‘Junior Gong’ Marley and will finally be ready after being in development for the last 10 years.

The artist says that his album was delayed following his United States visa being canceled, which prevented him from traveling and touring, and completing the album. However, he didn’t release the date for the album’s release.