Boosie Badazz and Webbie makes the first step towards healing.

This year has seen a lot of terrible things, but it might also be the year for making amends. Perhaps all the tragedy is prompting people to reconsider their priorities and focus on the positive, but whatever it is that is making some of our favorite artists finally squash their beefs, we are here for it.

The latest development in possible reconciliations comes from Boosie Badazz and Webbie, who, according to a tweet from Boosie, might be ready to make peace. The pair made hits together for years before having a falling out, but now Boosie announced, “My N***a Webbie Pulled Up On Me That’s Love.” 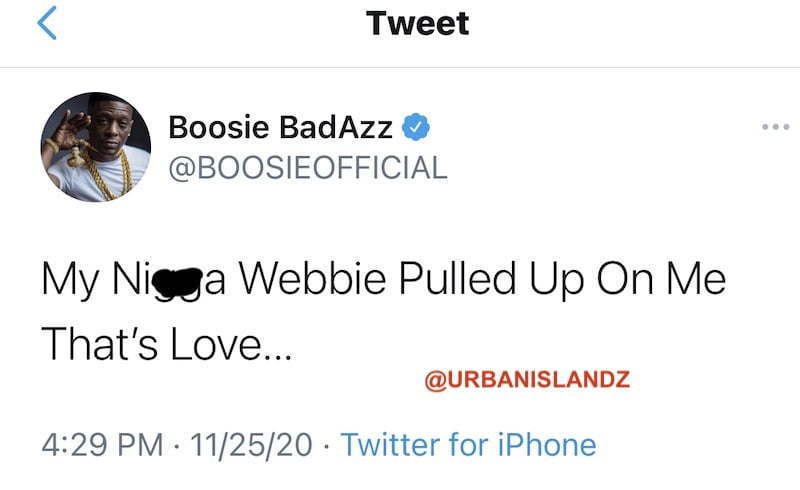 The possibility of rekindled brotherhood between these two old friends didn’t look promising as of earlier this year when Boosie was asked about Webbie on Instagram Live. Replying to a fan, Lil Boosie said, “Don’t ask me about no Webbie. Do you see me fu*kin’ with Webbie? Do you see me hanging out with Webbie? Well, don’t ask me about no fu*kin Webbie.” Webbie later shared a post which read, “Some people can only talk about you, because they lost the privilege to talk to you.” Many followers assumed the post was in reference to his old collaborator.

Despite trading jabs at each other on social media, these two seem to be in a very different place following the loss of his friend Mo3 shortly before Boosie Badazz himself suffered a gunshot wound while attending a memorial for his fallen labelmate. It seems Web was inspired to put the past behind him and reach out to Boosie during this difficult time.

Fans in the comment section of Boosie Badazz’s post were thrilled to see this duo coming back together, leaving replies such as, “Y’all need to squash that for the culture,” and “Glad y’all back right like it should be.”