DaBaby and DaniLeigh’s relationship is over after 5 months of dating.

Sources confirmed with Urban Islandz that the Dominican songstress and the Charlotte rapper are officially over after the two had a heated blowout over the weekend. We’re told that they have been quarantined together during the pandemic, but over the past few weeks, they’ve been arguing a lot, and accusations of cheating came up. Seems things reached a boiling point because DaniLeigh hitched a flight to be with her family in the Dominican Republic. Meanwhile, DaBaby hit up his favorite tattoo artist to get some new ink and get himself some pampering.

There has been a lot of drama surrounding singer DaniLeigh and DaBaby in recent months. In the latter part of 2019, DaniLeigh choreographed DaBaby’s music video for “Bop,” and it was rumored that the pair had sparked up a relationship. The rumors heightened when they collaborated on the track “Levi High,” which was released in March of 2020. Fans noted buzzing chemistry between the pair in the video. DaniLeigh, however, claimed that she gets romantically linked to every male artist she collaborates with using Chris Brown as evidence. “When I did ‘Easy,’ everybody thought me and Chris were a thing.” 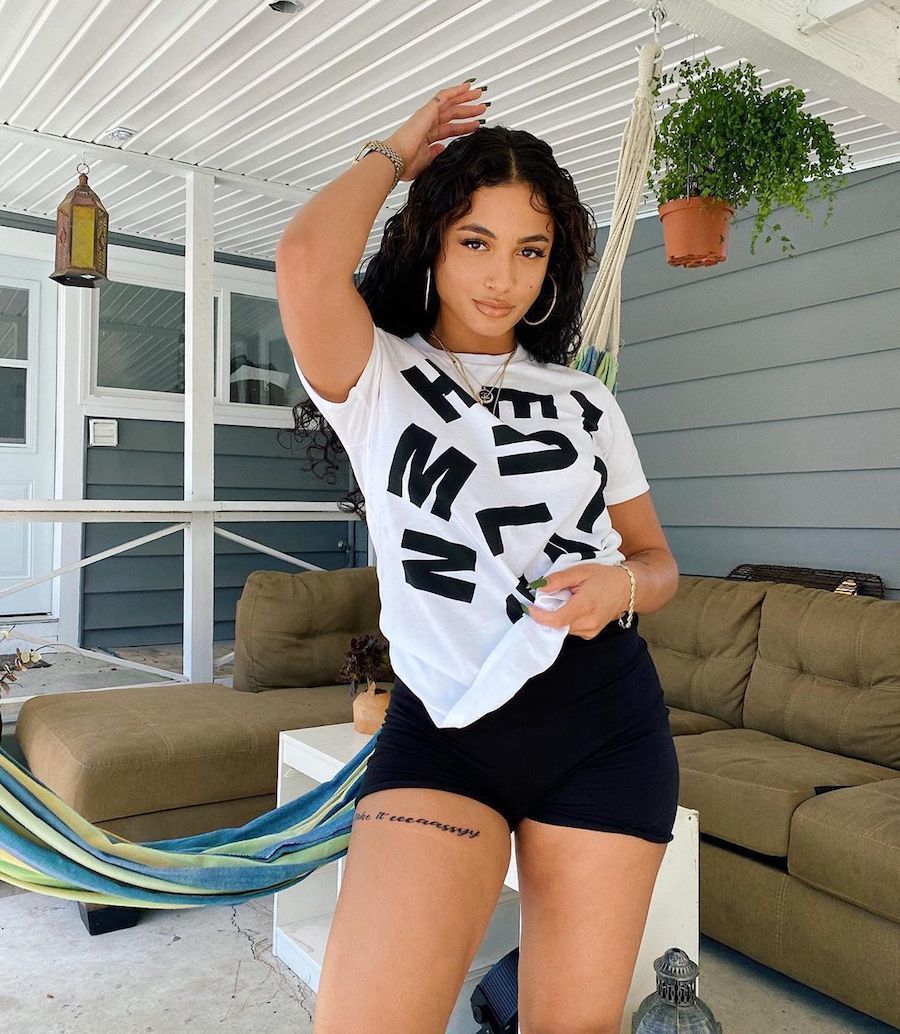 Then came DaBaby’s baby mama, MeMe, stirring the pot with claims that DaniLeigh had blocked her on Twitter, also adding that she was obsessed with her. DaniLeigh fired back at MeMe, calling her petty and bored, citing that she needs to seek employment. Fans have since gone on to speculate that the “Easy” singer has spent the better part of quarantine shacked up with DaBaby. Fuel was then added to the fire when they hit the streets arm in arm for the whole world to see. That was followed up by her posting a suggestive photo of her holding hands with a mystery man in bed. Only the man’s arm can be seen in the shot, but the tattoos are giving a DaBaby vibe for sure.

Now, only three weeks later and fans are using a message shared by Dani to insinuate that DaBaby has left her and gone back to his baby mama, MeMe. Taking to her Instagram page today, Dani penned a lengthy message about moving on and starting over on her IG Story. The backdrop for the note was a picture taken by her while in an airplane looking out the window. You can see the beautiful clouds and greenery, adding inspiration to her message. 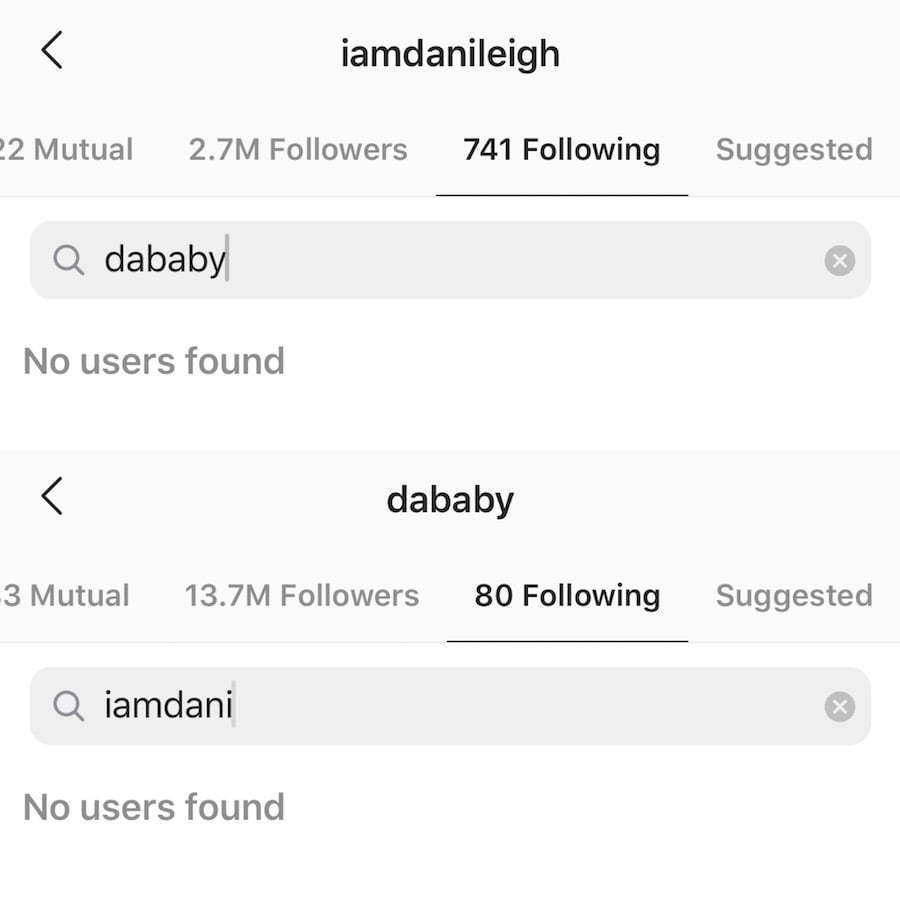 She began, “Before I land.. I wanna tell myself that this is a reset trip… what’s not for me God will not allow… what I give love to should equally give back.. I’m giving all my love to myself, God and to my family. I finished everything I need to.. album cover is done, my Movie is completed.. and my press looks crazy..”

She went on to admit that she has been hurt and she intends on starting a new chapter, “i worked so hard even in the process of being hurt .. I’m clearing my mind.. cleansing my soul.. and finding closure for myself.. I’m Coming back home a new person.. new home , new car , and new mind . I’m excited to see what God has in store for me . But I am also patient about it… The blessings I receive are all reminders to keep goin and that God already has my life written out. Thank u for all the positive love but thank u for the hate as well… It’s helped me realize a lot and get stronger ..”

In the images following the post, the singer lands in the Dominican Republic, where she meets up with family and friends. She also shares some jaw-dropping images of her hotel and her in a bikini frolicking in the pool. Fans proceeded to savagely troll Dani posting sleeping emojis while the majority pointed out that, “Da baby went back home y’all.” They further added that she should have known that the relationship wouldn’t last as he was never hers in the first place.

Well, it seems she isn’t too bothered as she is now living it up in the DR amongst her people.