Meek Mill and his baby mama Milan Harris are not engaged, but that’s not really why fans are so angry at her.

Milan Harris doesn’t need to answer to anybody. The successful fashion designer gave birth to a healthy baby boy only three weeks ago and has continued to remain extremely private about her relationship with her son’s father, Meek Mill. However, in a shocking reveal on Instagram, Milan let everyone in on her, and the rapper’s secret engagement and upcoming wedding said to be set for December of 2020.

The news didn’t travel far before she went on to admit that the announcement was just a fun prank aimed at fans that seemed to be obsessed with her relationship, and also a way to remind all her followers to take the current pandemic seriously and wash their hands.

The rollercoaster of a post ended with, “I borrowed this post from a friend just to get your attention to remind you to wash your hands and your ass. Also, avoid touching your face. Keep safe everyone!” The IG story was followed by another reminder to, “Wash them muthfn hands.” While the post no doubt had followers deeply involved before abruptly changing the story, it was a great way to make people take notice of a truly important message during the current global health crisis. 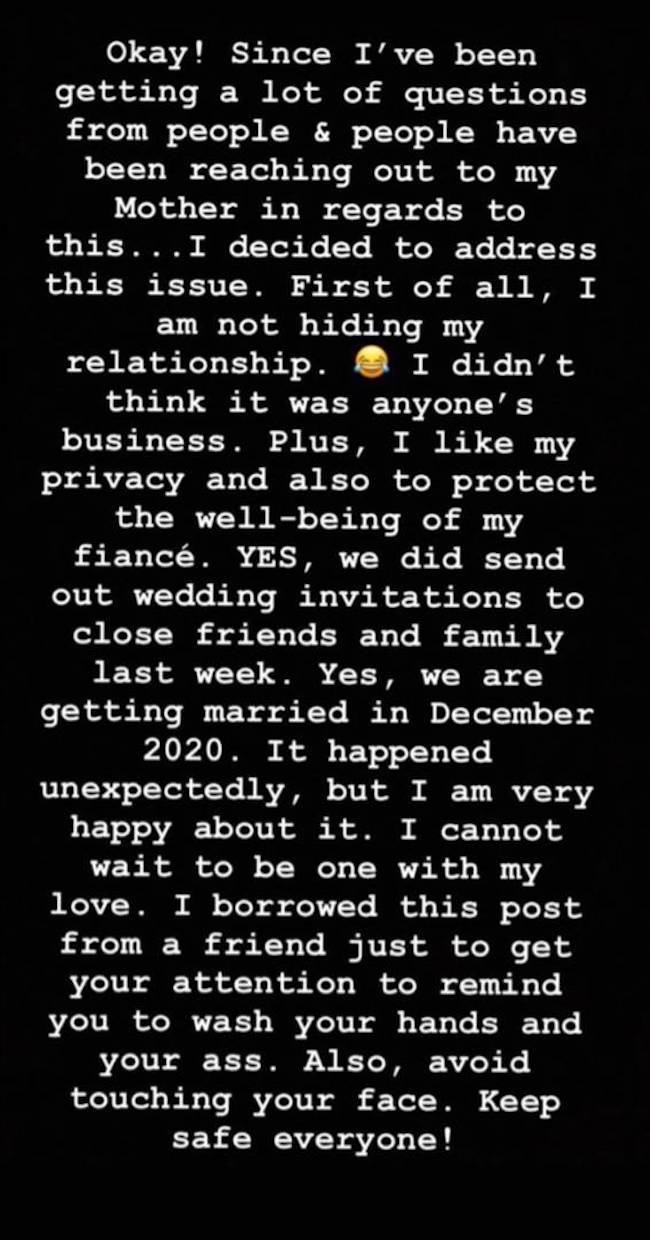 Meek Mill has two children from a previous relationship, but Milan’s new baby boy is a first for the couple. To make the big event even more meaningful, the family’s newest addition was born on his daddy’s birthday. Despite all indications that the couple is happy and thriving, there is still no word on whether the pair ever intend to get married. For now, Milan seems to be more focused on her own personal success as a business owner and a new mom. Let’s hope fans let her off easy for this prank and remember to wash their hands. 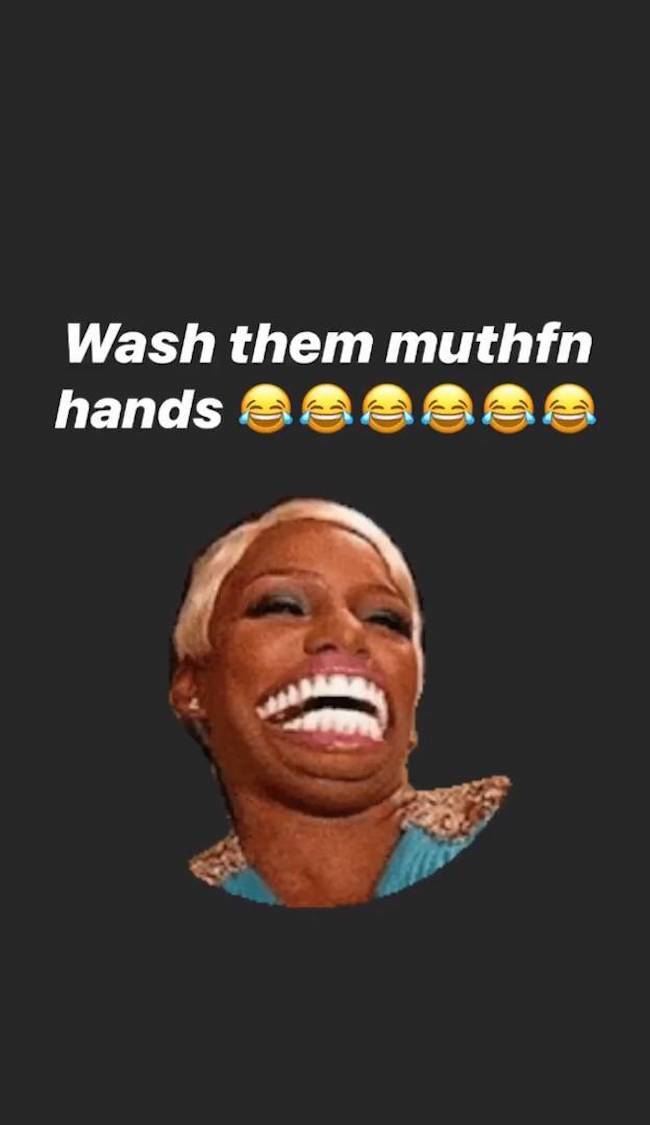 Some folks on social media sound off on her prank, saying it wasn’t funny, while others found it hilarious. “This sh*t is not funny because here I am getting excited for Y’all and only to find out its a f***ing prank b*tch don’t hit the send button next time you typed some dumb sh*t like this,” one fan wrote.

Incorrect. Meek is not marrying Milano . Did you not read the Entire post message – it was a joke. I knew it was a lie meek don’t want that girl

@kimkardashian and KanYe r done.All she does now is post thirst traps,hoping to change Meek Mill's mind about marrying Milano in December. She probably won't be in the same state as West during their anniversary.