Dancehall deejay Vybz Kartel announced his upcoming album Of Dons & Divas earlier in the year, and it seems that things are shaping up nicely to meet the month of release previously promised. The last two weeks saw Vybz Kartel offloading more information about the project, such as when he revealed a brand new mega collaboration between himself, Tommy Lee Sparta, Skillibeng & female rapper Jucee Froot. He has now listed Friday, June 26, 2020, as the date that fans can grab the now 16 track masterpiece.

Addi also showcased the cover art for the album, however, took the word teaser to a new level when he only unveiled half of the design. “Half now half later?” he asked before dropping a thinking face emoji. He also proceeded to tag a number of Jamaica’s top producers, disc jockeys, and his fellow collaborators to the post. So far, the cover art seems to showcase an airbrush finish layered over an image Vybz Kartel, an image of the bust of Pharaoh Tutankhamun, and a skimpily glad chocolate skin model with the word Divaz tacked above.

However, not everyone was pleased with the move to only provide half of the cover art. “Mi cravin mi nuh like nothing half,” one person commented before another asked, “Then why yuh affi do this? Nuh like nuh half a nothing eno gimmi weh me fi get mon “Everything.” 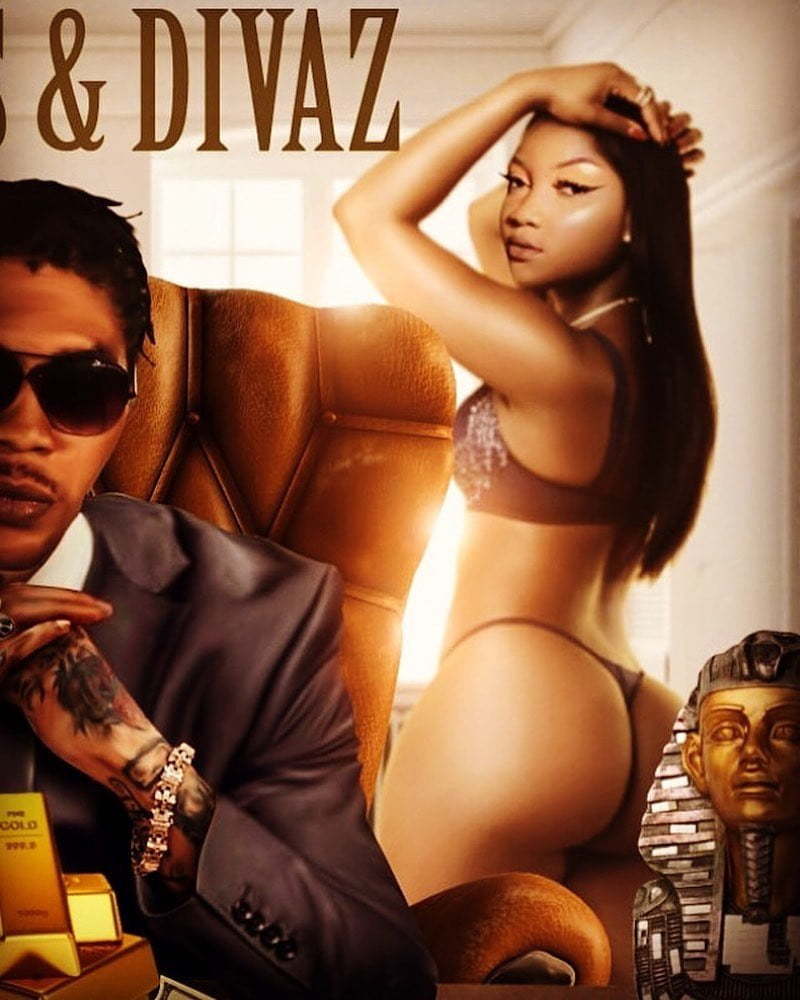 The fan love extended all the way to Canada, as one person is clearly waiting to see what the Teacha has up his sleeves. “Me a pree from Canada,” he commented. Another person tagged the new project as the “Album Of The Decade,” using only the superstar collaborations and song titles to justify his bold claim.

The Palmer family had always remained relevant on social media, however, the most recent case came when it was revealed that Vybz Kartel’s 16-year-old son Likkle Addi is gearing up to welcome an offspring. The Teacha silenced the naysayers to the incident when he posted an image of the very pregnant 18-year-old and his son, as they posed for pictures on the day of the now controversial baby shower.

Judging from the sheer excitement of fans, Of Dons & Divas seems poised to outsell the January effort To Tanesha, which according to Vybz Kartel, clocked a whopping JM$73 million so far.