This Mother’s Day, Cardi B paid tribute to her daughter in a new song.

2020’s edition of the traditional holiday marked the female rapper’s second time celebrating the day as a mother herself. Cardi B gave birth to her and Offset’s daughter, Kulture Kiari Cephus, in July 2018, and she has been the apple of her momma’s eye ever since. Kulture (with Offset’s help, of course) spoilt the “Press” rapper with dozens of multi-colored roses, Birkin bags in lime green and teal, and even a large foil balloon that read, “To a great mom.” Cardi, naturally, documented the entire day on her Instagram Stories, which included some adorable moments like telling the two-year-old to stop sitting on top of her flowers!

While Kulture made sure to shower her mom with gifts, the Grammy Award winner did what she does best for her little one — create a song. Rapping along to an unheard track, Cardi says she wrote the song for her daughter. The lyrics we got to sample included, “If God gave you a gift this great, tell me that you wouldn’t hide from the public / When I saw your lil head, my legs got weak when I heard your heartbeat / New life growin’ inside of me…” 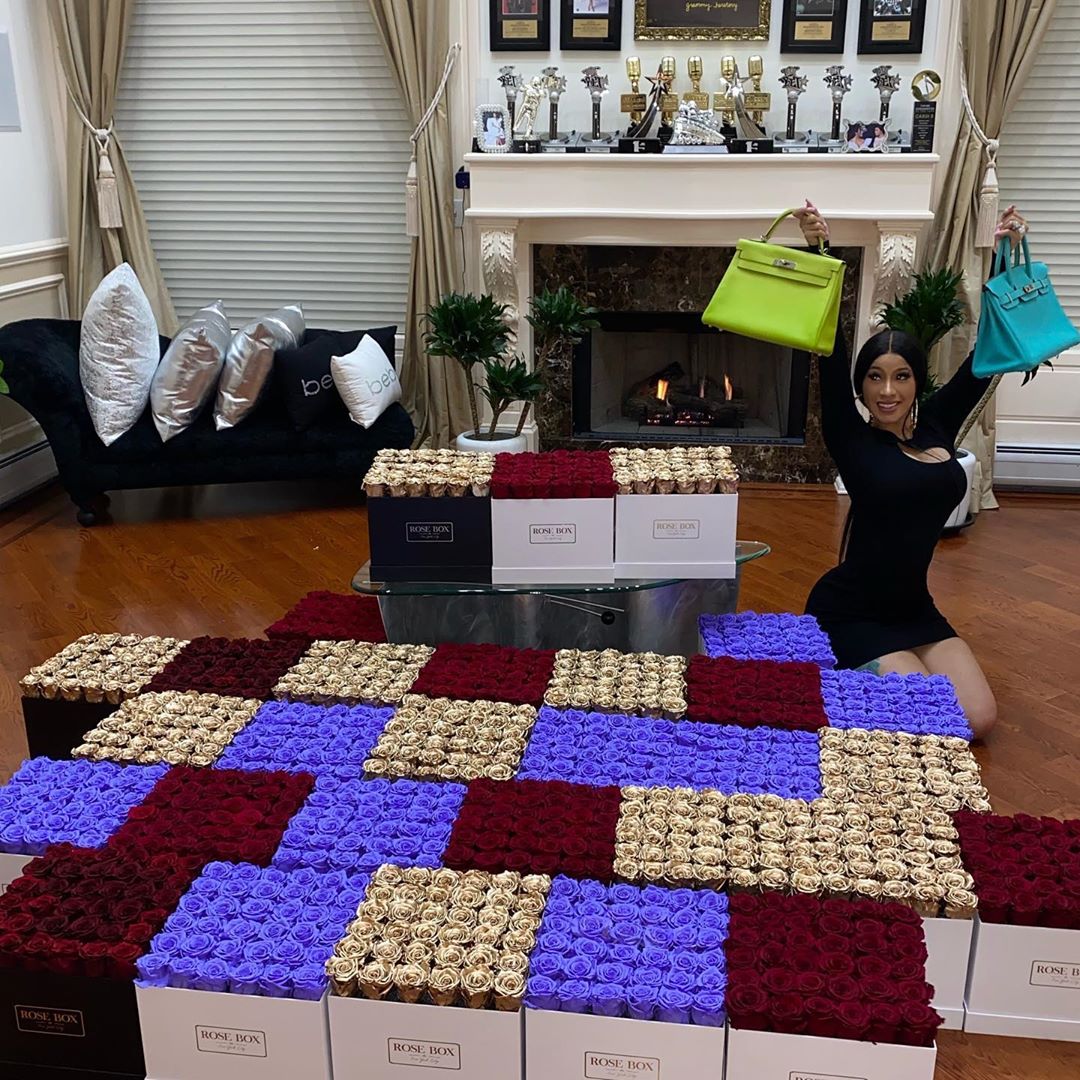 It is not yet known whether Cardi B has plans to release the track, but if she does, it could be the first of the new deal she is reportedly negotiating with Atlantic Records that is allegedly the reason she hasn’t yet put out her sophomore studio album.

Speaking of unreleased music, there is a collaboration between Cardi and the other “B” — Beyoncé — that might never see the light of day in its entirety. “Wet” was supposedly recorded in secret around 2017 but was never released as parts of it were leaked on the internet. “I was just as giddy as everybody else. I was sitting there just waiting, looking on the internet then it leaked,” stated producer J White Did It who worked with Cardi B on her breakout hit “Bodak Yellow.”

#CardiB says she wrote this song for her daughter Kulture