After weeks of being in the dark, controversial New York rapper Tekashi 6ix9ine is about to break his silence and ventured on Instagram Live. The “FEFE” hitmaker made the announcement on his IG feed on Tuesday, telling his fans to expect him to go live on Friday, May 8th, at 3 PM. “Lets get this party started. Don’t get scared now,” he wrote. 69 later dropped another trolling comment on the said post saying, “Be careful because the feds watchin.”

6ix9ine was released from prison a month ago due to COVID-19 risk and placed on house arrest, where he will serve out the remaining couple months of his sentence. The rainbow-haired rapper has remained silent since his becoming a partially free man. The most we heard from him are some random comments on Instagram, his favorite platform to troll his enemies. One of his new enemies is a former mentor, 50 Cent, who has been trashing 69 on social media and in interviews since he became a government informant last year. 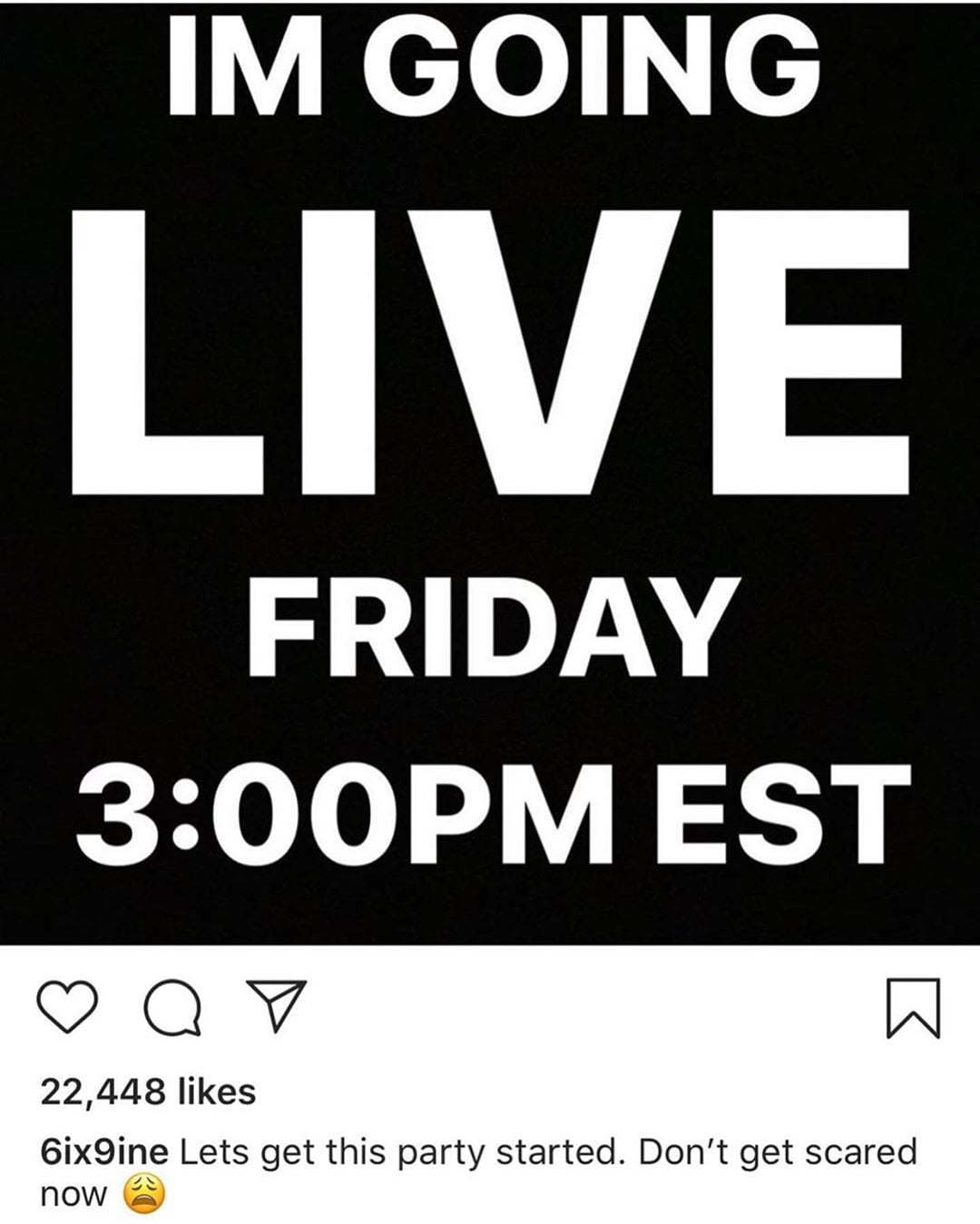 Don’t expect Tekashi 6ix9ine to say much on his snitching saga since he is also dropping new music the same day he is expected to go live. Last month, a federal judge granted him permission to spend two hours per week outside in his backyard to shoot music videos, and another 8 hours daily in his basement where he has a recording studio. It’s safe to say that he has likely recorded an entire album since his release.

Despite experiencing some fallout from most of his peers in hip hop over his testimony, Tekashi is banking on keeping his fanbase intact. With a new multimillion-dollar record deal, he is expected to churn out several albums over the coming years and will need his fan’s forgiveness to maintain relevancy in the hip hop community.