Superstar singer Mariah Carey rang in the new year while dealing with an internet hacker. It was no surprise that Carey was trending online at the end of the year, as she usually performs in Time Square for the ball drop each year. However, this year the “All I Want for Christmas is You” singer was trending for a different reason entirely.

Carey’s Twitter account’s 21.4 million followers witnessed over fifty tweets sent out by a fake Mariah before the whole operation was shut down, most of which were filled with inappropriate language, racial slurs, and references to rapper Eminem. One tweet read, “Eminem can still hold this p*ssy”, while another claimed, “Eminem has a little penis”. The real Mariah later responded to the ordeal, tweeting, “I take a freaking nap and this happens?”

The jabs towards Eminem aren’t new for Mariah, even if this time they didn’t come directly from the actual singer. Carey, ex-husband Nick Canon, and Marshall Mathers have a longstanding drama triangle dating back to 2009. After Em claimed he once dated Mariah, the singer released the track “Obsessed” making fun of his supposed infatuation with her. Eminem then went on to mention Mariah in several songs, eventually issuing “The Warning” which ruthlessly teared Mariah to shreds as only an Em diss track can do. 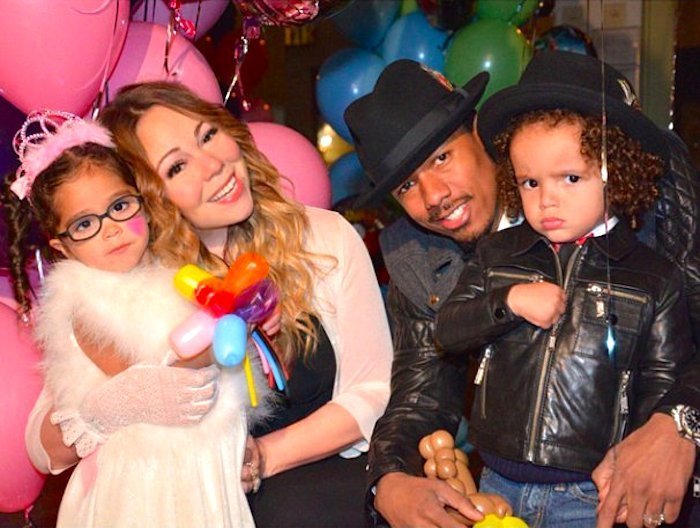 The feud was recently reignited when Slim Shady rapped on Fat Joe’s “Lord Above”, calling Mariah a “nut job” and accusing Nick of being “neutered”. The controversial rap star went in on the ex-spouses once again, saying, “Almost got my caboose kicked/Fool, quit/You not gonna do sh*t/I let her chop my balls off too before I lose to you, Nick.”

It seems whoever hacked Carey’s account wanted a piece of the action when it comes to this decade-long feud.

I take a freaking nap and this happens?