Vybz Kartel appears to have taken a dig at Spice for posting a video.

Vybz Kartel and Spice have been close friends for years and were even thought to be intimately involved at some point. An allegation that the dancehall diva has denied. Last weekend, she posted a video clip of a popular social media gay personality Chrissy. “This is my whole mood,” she wrote. “Cool it with piece of ice for di winter.”

Spice is currently pushing the latest single “Cool It” off her new mixtape Captured which was released on November 2nd. Vybz Kartel left a comment on the post saying, “SMH (shake my head).” The deejay then left a more direct message on his Instagram biography. “Nah sell out mi culture fi views or hype.. everyman grab a gyal #Gazanation,” he wrote. 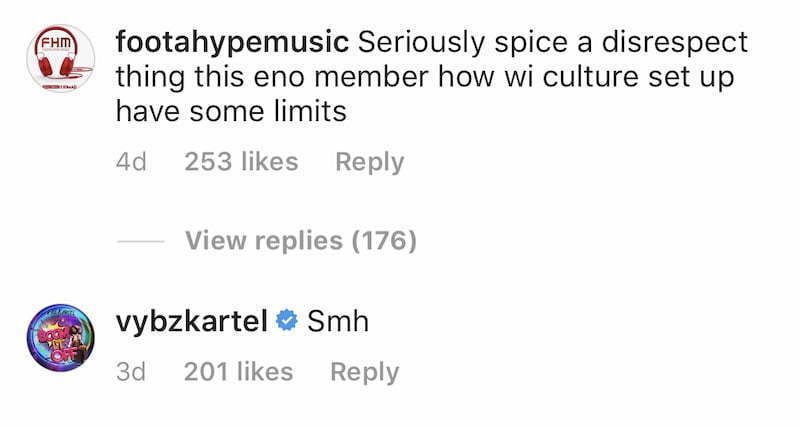 Kartel is reminding Spice that it was the two of them who broke dancehall barriers in 2009 with their classic collaboration “Ramping Shop” which peaked at No. 76 on the Hot R&B/Hip-Hop Songs Billboard chart in August 2009.

Foota Hype also left a comment on the video that Spice posted suggesting that she is selling out the culture. “Seriously Spice a disrespect thing this eno [sic] member how wi culture set up have some limits,” Foota wrote.

Spice did not respond to Vybz Kartel statement.