Mavado son is facing multiple criminal charges including murder, but was he set up by police?

Since the shocking news broke on Friday night, the street has been talking and some people with inside knowledge of what’s going on are saying that cops are using the teenager as a pawn to get Mavado back in the island. The Gullyside singer is currently overseas touring and recording music. His attorney, Tamika Harris, told cops that the dancehall star has every intention to return to Jamaica and meet with them, but after seeing the way his son is being treated, it might be harder now to get Mavado back in the island.

A few dancehall commentators including Dr. Love have published videos giving their insights into what’s happening. According to Dr. Love, the police are using Mavado’s teenage son to get back at him and to possibly lower him back to the island. The singer has not indicated to law enforcement when he will return, but charges are likely pending for him. 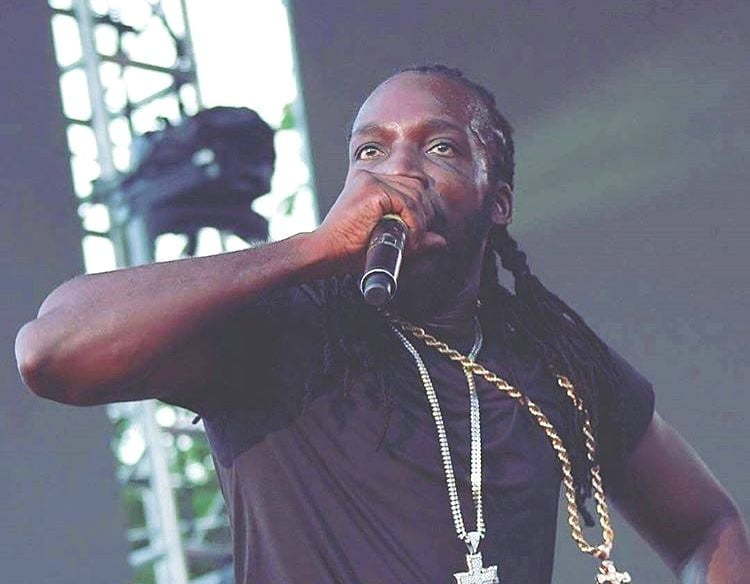 With his son charged with murder, it’s more likely now for Mavado to return to Jamaica to give his son some support. Our Gullyside sources told us that the dancehall singer has already hired an attorney for his son who will be with him in court on Monday. Still, these allegations beg the question, how can the police department charged him with such serious crime without having any hard evidence.

The 16-year-old, who is currently locked up at a juvenile detention center, was charged with murder, conspiracy to commit murder, shooting with intent, and illegal possession of a firearm and ammunition. These are all serious charges that carry a lengthy prison sentence if he is convicted. Mavado’s cousin Chase Cross was re-arrested and charged with assault for his involvement in the domestic dispute in Cassava Piece.

According to police, the teen was involved in the murder of Lorenza Thomas who was shot and chopped to death on Tuesday (June 5). Thomas’ house was set ablaze by his killers and his body was badly burned. Mavado’s son was also charged with arson which means cops believed he was at the scene when the murder took place.