Vybz Kartel health has been tossed back into the spotlight following a recently leaked video from prison.

Last month, Urban Islandz obtained a video showing Vybz Kartel playing football on the grounds of GP. Some fans were questioning the authenticity of the video but we vetted it before posting it and it came directly from someone inside the deejay’s circle. Additionally, some fans started questioning his health saying that he looks frail and abnormally thin in the video.

“Kartel look sick in that video, is he okay, no they need to let him out of prison he look like him near death,” one fan wrote while another added, “Di Teacha look him sick or something him maga (thin) bad and look like him can’t even run like two steps and him a gasp for breath.” 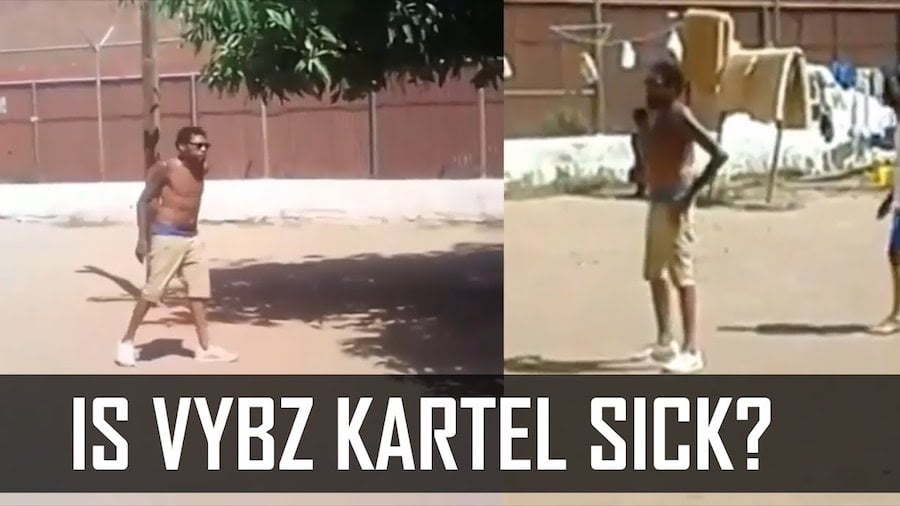 Urban Islandz reached out to a birdie inside the Gaza who told us that Vybz Kartel is in good health despite the concerns raised by fans. “You can’t expect Addi to be in perfect health after getting 35 years in prison for a crime that he didn’t commit,” our source said. “Him don’t even eat prison food, his family and friends all of us bring food to him every day. Them man deh don’t even eat meat a fish and veg them man deh feed them body on. So people can’t expect him to be big and fat.”

Vybz Kartel, born Adidja Palmer, has been behind bars since 2011 and is currently serving a life sentence with the possibility of parole after serving 35 years. He is appealing the conviction which will get underway in the Jamaica Appeal Court in July this year.