The feud between Future, Ciara and her husband Russell Wilson may have just gotten worst.

On Monday, Wilson posted a video on Facebook showing Baby Future calling him papa and that is not sitting well with the EVOL rapper.

Future Trolled By Ciara and Russell Wilson Fans On IG

The clip shows the Seatle Seahawks Quarterback getting prep for a TV show appearances when Ciara and Baby Future came in. The toddler called his step dad papa before planting a kiss on him.

The video went viral on social media with fans divided straight down the middle on if that’s acceptable or not. Sources are saying that the clip also enraged Future who is already going through several legal battles with his baby mama.

“The video is provoking, you can see it clearly that it was done deliberate,” sources said. “That would infuriate anybody as you can see even the fans are upset about it but they know what they are doing and they are just trying to get under his skin.”

“Their relationship is already strained and this will only make it worst,” sources added. “Future is the only person trying to find the middle ground everybody else is just fueling more hate and division and that is just bad for Baby Future.”

During an interview with Rolling Stone last month, the Atlanta emcee opened up about his feelings towards Russell Wilson playing a father figure in his son life.

Future won joint custody of Baby Future in May paving the way for him to get more time with his son. Ciara was gunning for full custody while painting the rapper as a bad parent. 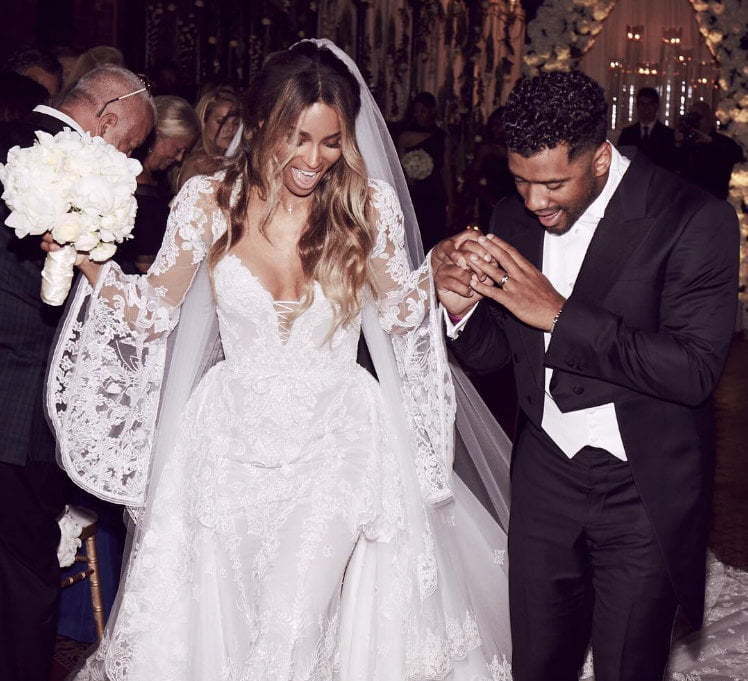 Ciara and Russell Wilson got married last week in a lavish wedding ceremony in Liverpool, England. The pair said their I do in front of around a hundred guests that includes celebrity friends Lala Anthony and Jennifer Hudson.