Other celebrities going through a divorce can take note from Wiz Khalifa and Amber Rose. the ex-couple quietly reached a divorce settlement and the biggest part about it is that they hit the strip club together even after signing their divorce papers.

TMZ reported that both Wiz and Amber filed their settlement agreement in court. She will get a coo, million dollars as per their prenup. But he gets to keep all his properties and cars.

Rose will also get $14,800 in child support for their 3-year-old son Sebastian Taylor Thomaz. Both parent will have joint physical custody of their child.

Wiz Khalifa reportedly has a house in Pennsylvania and around 10 exotic cars including a ’69 Chevelle, a ’68 Camaro, a ’62 and a ’64 Impala.

The pair celebrated their divorce settlement agreement by hitting up Ace of Diamonds strip club in L.A. over the weekend. T

The initial stage of their split was bitter with each of them accusing each other of cheating. But they have somehow find a way to bury the hatchet and the main beneficiary of those peace treaty is their son. 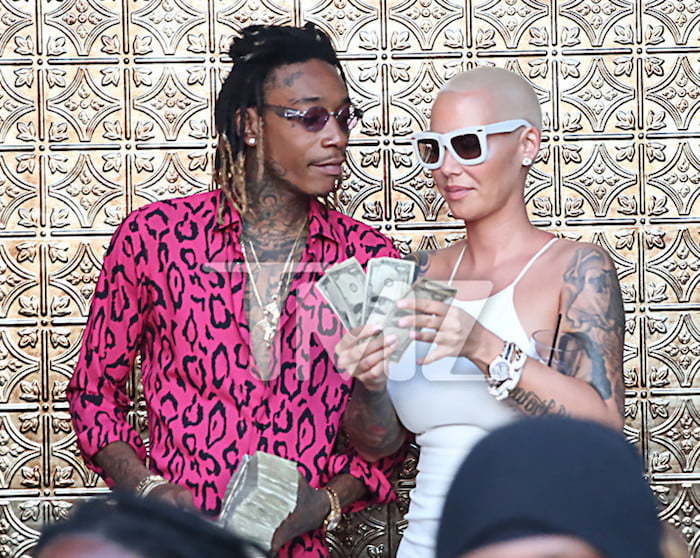