Chris Brown is certainly a huge fan of his ex-girlfriend Rihanna twerking on Drake in their new music video “Work.”

Last month we told you that Breezy was upset after Rihanna released the single because he felt that both her and Drizzy are singing about him to get attention.

The “Work” hitmaker debut the double music video for the single on Monday to a lot of fan fare. The music video is literally blowing up the internet. Sources close to the “Back To Sleep” singer says that he watched the video and gave it thumbs up.

“Chris has no animosity against Rihanna or Drake in fact he has a great relationship with her for quite a while now,” sources told us. “So all these reports of him (Chris Brown) being upset about them working together or being in relationship are not true. Breezy always support his ex and even worked with her on her album after their split so there is no ill feelings on his part.”

Sources also told us that Chris Brown and Rihanna had also collaborated for her new album ANTI, but the single was not chosen by the producers for the final release.

“She reached out to him for a feature and naturally her said yes,” sources said. “Although the single was recorded it was not released on the final album but that was a decision for RiRi and her team.” 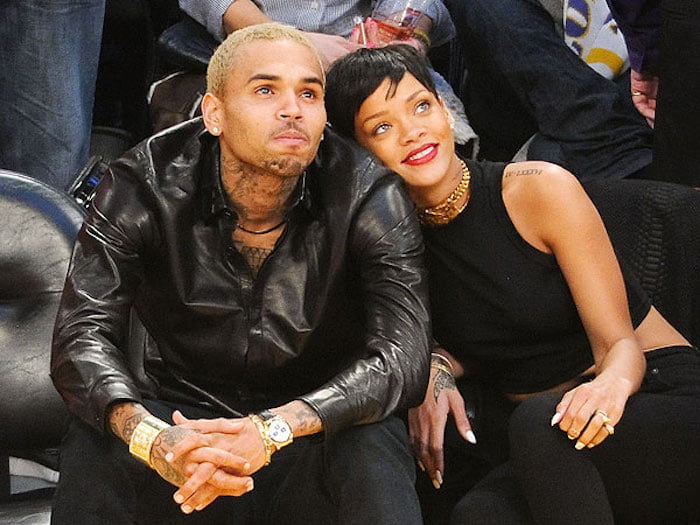 Chris Brown released his new album ROYALTY in December and that project has been doing very well. Rihanna’s new album ANTI went platinum less than a day after it was released last month. She is currently gearing up to hit the road for her ANTI World Tour. Despite some delayed tour dates, she will be kicking things off next month in Jacksonville, FL.

Perhaps Chris Brown, Rihanna, and Drake should do a song together. Would be dope.

Side note, how could Chris Brown let this slip away from him.