Rihanna is rumored to be dating Leonardo DiCaprio and that is bad news for Chris Brown and Drake who are both still in love with the pop superstar.

The Bajan pop star and the “Inception” actor have been dating for a few weeks now according to our sources.

Sources connected to the “Pour It Up” singer told Urban Islandz that she is fully over Chris Brown and Drake and thinks they are both too immature for her.

“RiRi is in a good place now and Chris and Drake are just not on that level mentally, so she had to cut them both loose, and I don’t think there is any going back,” the source told us.

“They are both just too immature incapable of handling a strong personality like RiRi,” the source told us. 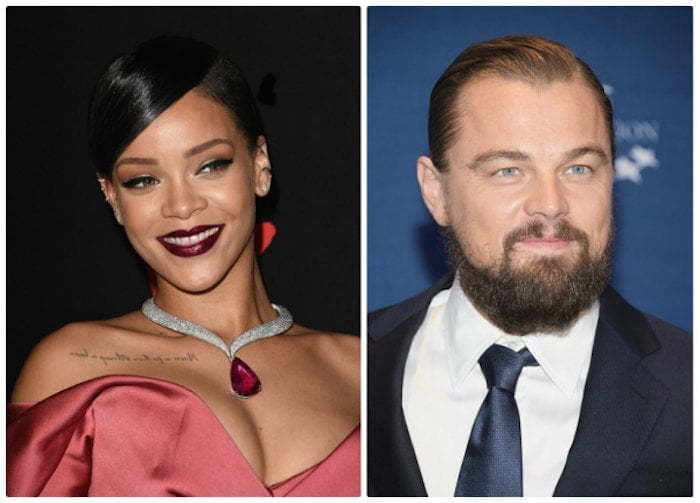 When asked about her rumored relationship with Leonardo DiCaprio, our sources couldn’t confirm the reports.

“I mean she is a grown woman so she is entitle to date whoever she wants to date, but as for now I cannot confirm that they are a couple,” the source added.

Neither Rihanna nor DiCaprio have commented on the dating reports.

Rihanna was spotted taking a stroll in Beverly Hills yesterday wearing all black with black sunshades.

Rihanna is also working on her new albuk R8, due early this year.

Chris Brown contacted Rihanna on New Year’s Day wishing her all the best for 2015.

“He text her Happy New Year’s and wished her all the best in her endeavors for 2015,” a source told us. “It was sweet and kind for him to do that regardless of what’s going on between them.”