What does Chris Brown has to say about Rihanna and jail in his first post prison interview.

Chris Brown is on the cover of Billboard magazine upcoming issue and in the spread he opens up about Rihanna relationship, his life behind bars and more.

SEE ALSO: Rihanna’s Dad And Chris Brown Had A Heart-To-Heart

The “Loyal” singer told Billboard that he is prepared to deal with negative backlash when it comes to his ex-girlfriend Rihanna.

“When we’re not relevant anymore, that might be the case,” Chris Brown said. “As long as you’re doing something good, people will always bring up old stuff or negative stuff because they don’t want you to surpass a certain level or elevate. But as long as you have your head on straight, it shouldn’t matter what people want to say.” 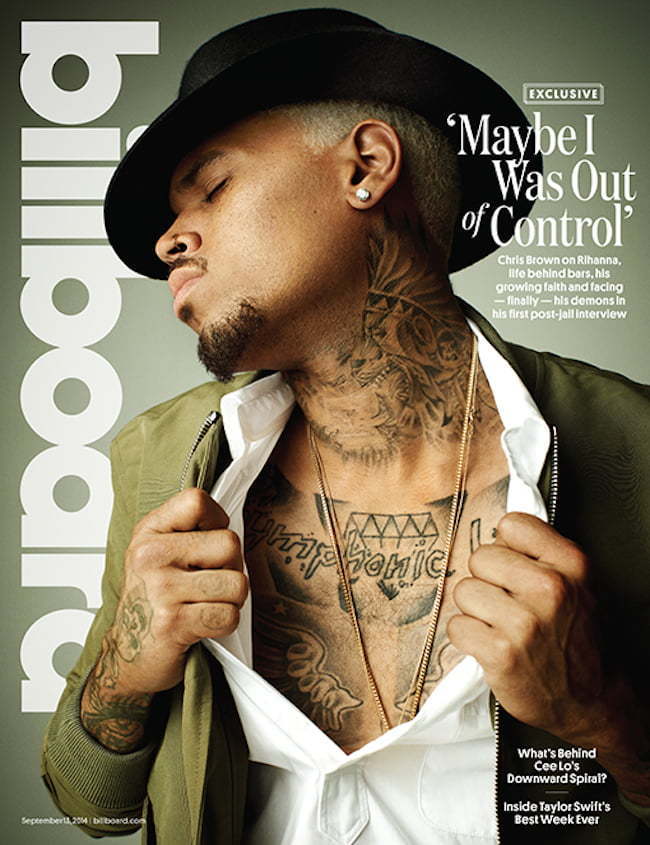 Breezy also explains what life was like for him when he was in jail earlier this year.

“A guard wakes you up; you eat,” Brown said of his time in the slammer. “You stay in your cell most of the time, basically 24 hours a day. Maybe on Mondays you go to the roof inside of a cage and have a phone call. It’s isolation. You have time to focus on what matters, on what to do and what not to do.”

The singer also opened up about his recently concluded assault case in Washington D.C. Brown copped a plea deal and pleaded guilty and was let off on time already served.

Chris Brown will be going on tour with Trey Songz this fall.