Drake is heartbroken over his split with his on-again off-again girlfriend Rihanna. But according to new reports, the “Started From The Bottom” rapper is blaming Chris Brown for the split.

The “Diamonds” hitmaker and Drake rekindled their old flame earlier this year but it only lasted a few months after Rihanna abruptly gave Drizzy the marching orders.

Sources close to the Bajan pop beauty told Urban Islandz that Drake is blaming Chris Brown for the split because he thinks he ruined her self-esteem.

“Drake thinks Robyn has a lot of self-esteem issues and he blame Chris for that,” the source told us. “He feels like she is afraid of a commitment because of her trust and self-esteem issues. But she is one of the most confident gals I know so none of us really believe that. Drizzy acting like a bitter ex.”

The source also told us that Drake is head over heels over Rihanna and he just can’t stop himself from falling in love with her.

Meanwhile there are already speculations that Rihanna and Chris Brown could get back together since Breezy is now a free man. 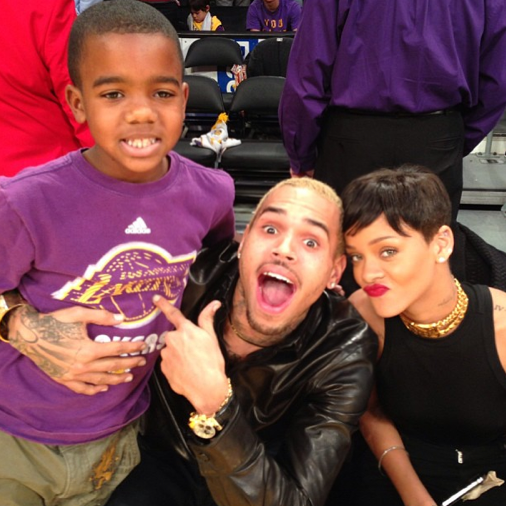