The queen of magazines cover Rihanna brought her edgy style to the cover of of Harper’s Bazaar Arabia.

The Bajan pop star covered up this time but still looked stunning in the glamorous shots by photographer Ruven Afanador.

“Rihanna of Arabia: The new modesty, cover up in style,” is one of the taglines for the photoshoot.

Rihanna is gearing up to hit the road with her collaborator Eminem for their joint The Monster tour. 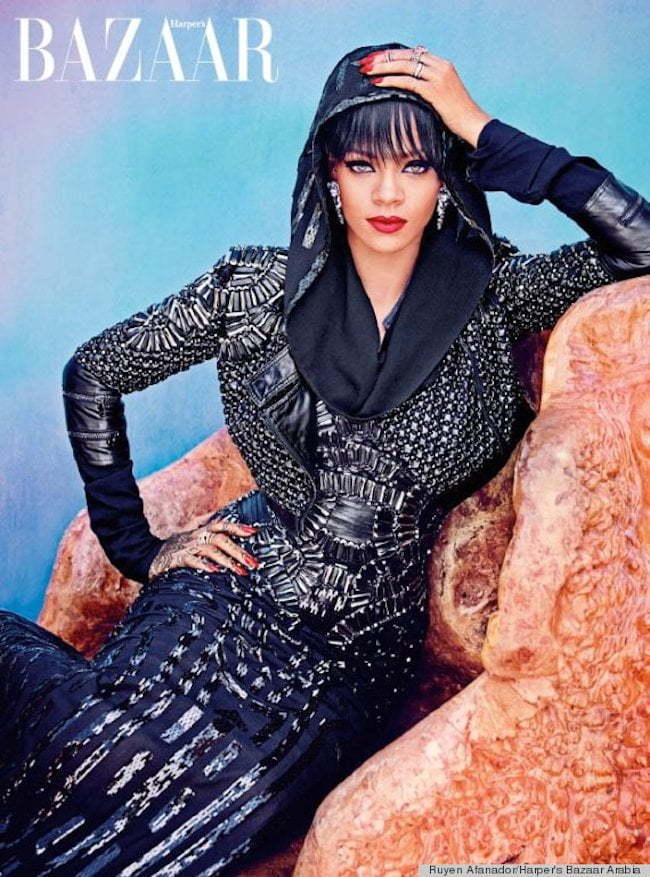 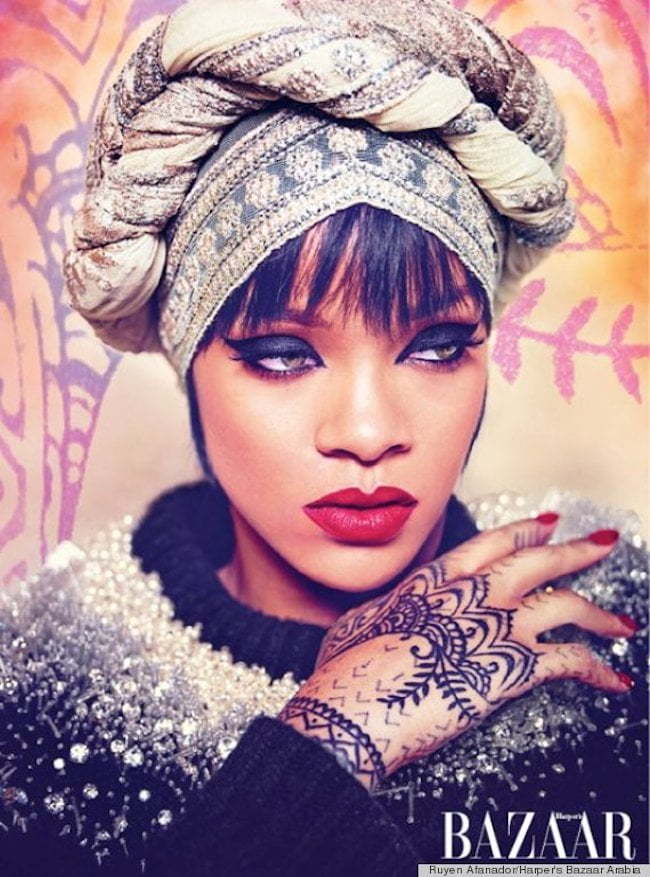 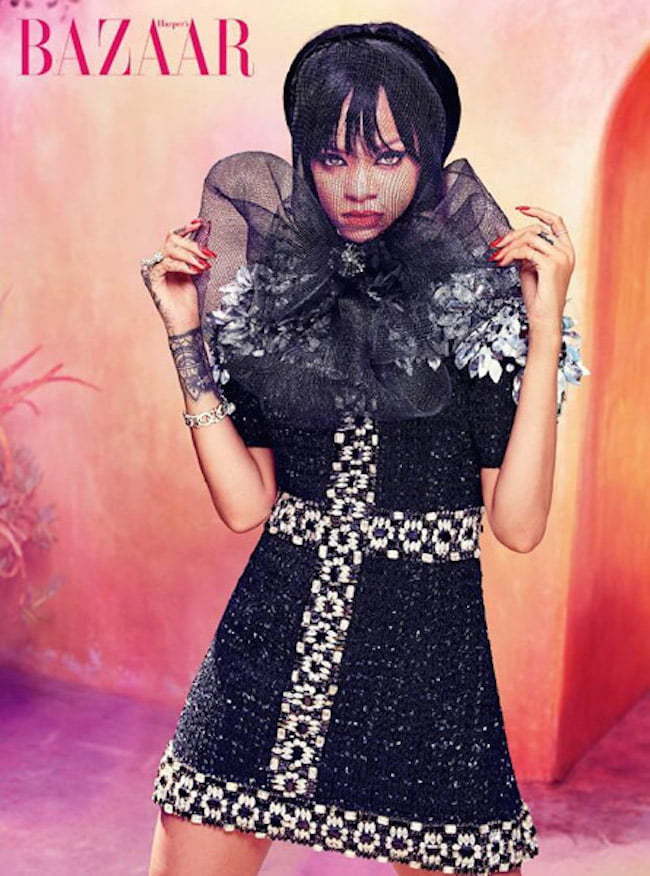