Vybz Kartel fallout is far from over.

The embattled dancehall star is not only serving a life sentence in a Jamaican prison, but he is now under a lot of scrutiny after some damaging data allegedly taken from his Blackberry Torch smartphone was leaked.

Anonymous sources sent Urban Islandz several photos and video of Vybz Vybz Kartel. Several of the photos are that of guns and sexual acts. There are also photos of Vybz Kartel and his common law wife Tanesha “Shorty” Johnson. There are several images of high powered guns and large sums of cash.

One particular photo that is gaining traction on social media is a photo ALLEGEDLY of Vybz Kartel having back door sex with a female. The photo did not show anyone face but fans identified the tattoo on the male as that of the self proclaim Worl’Boss.

This could be damaging to the deejay’s image since he has done several songs condemning such sexual acts whether with a male or female.

There are also images of satanic symbols and even one showing a headless body rumored to be that of the murder victim.

Most of these photos are too graphic to show but you can view some of them on next pages. 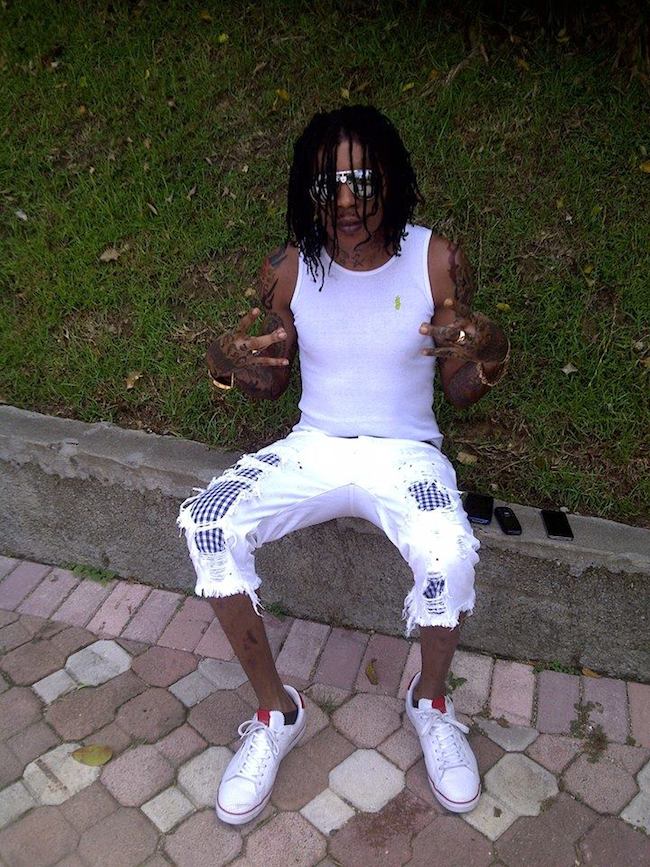