Vybz Kartel penned a scathing letter from behind bars attacking the Jamaican police force for singling him out as a suspect in Patrick Roach Samuels murder.

On Wednesday police revealed that they found contraband in Vybz Kartel’s jail cell as they intensify their probe into Roach’s murder.

DETAILS: Vybz Kartel Lawyer Says He Has Nothing To Do With Patrick Roach Murder

Police say the note was written by a popular entertainer that they declined to name.

But now Vybz Kartel is biting back and he has some harsh words for the Jamaican police force.

This is what Vybz Kartel wrote:

Before I begin to talk about the real issues as to why the police are taking a set on me. I must first say that the Jamaican police are the worst inefficient set of police in the world. Who say they act on intelligence when it is completely the opposite . If roach was killed on Mannings hill road Sunday morning. What kind of intelligence could have led the police to horizon remand centre Sunday at mid day, I have never spoken to roach or anyone associated with him nor do I have any altercation with him. I was laying on my bed on Sunday at about midday when I heard my cell door shaking. It was the police without giving me a reason for the search about to be conducted. They ask me to step out of my cell. During the search a hammer was used to tear apart a section of the wall between my cell and a cell occupied by “zebra”. They took two cell phones out of the wall which was immediately claimed by “zebra” as his cell phones. A subsequent search on Monday led to the officers finding a SIM card from said zebra. In the initial search on Sunday the police and a high ranking officer from the department of corrections asked “Shawn storm” and myself if we had a permit for the D.V.D & mp3 to which we replied yes and furnished the documents. We immediately got back the items. On Monday they came back (the police) and told us that they were going to check out the items but we should have our lawyers called them back. This was relayed to us by the woman from M.I.T in that instant , a police called “brooks” took a paper from cell containing instructions …. Instructions to one of my banks saying that I hereby authorize my baby mother to withdraw five thousand pound sterling. Which would then be given to my lawyer for his stamp. G.P Spanish Town , Tamarind Farm, Richmond Farm, and Horizon are institutions where hundreds of inmates accused & sentenced, have permits for various gadgets such as DVD MP3 etc and I like the others have a permit. This is not the first time the police have told lies on me since I’ve been here and like the last time when four cell phones were “found in my cell”, I will be contacting INDECOM . Because mi tired a dem police ya . Police!!! Come off mi back now!! And for once , GO DO REAL POLICE WORK!! Unuh come in like a crosses inna mi life! Mi nuh member bout roach and mi nuh remember bout unuh, A. Palmer.

P.S everybody in the streets knows what took place in the “PARTY” between roach and “DEM” so all a who a use dem police friend to try frame me, remember this….. Unfair game play twice.

Get more on next page. 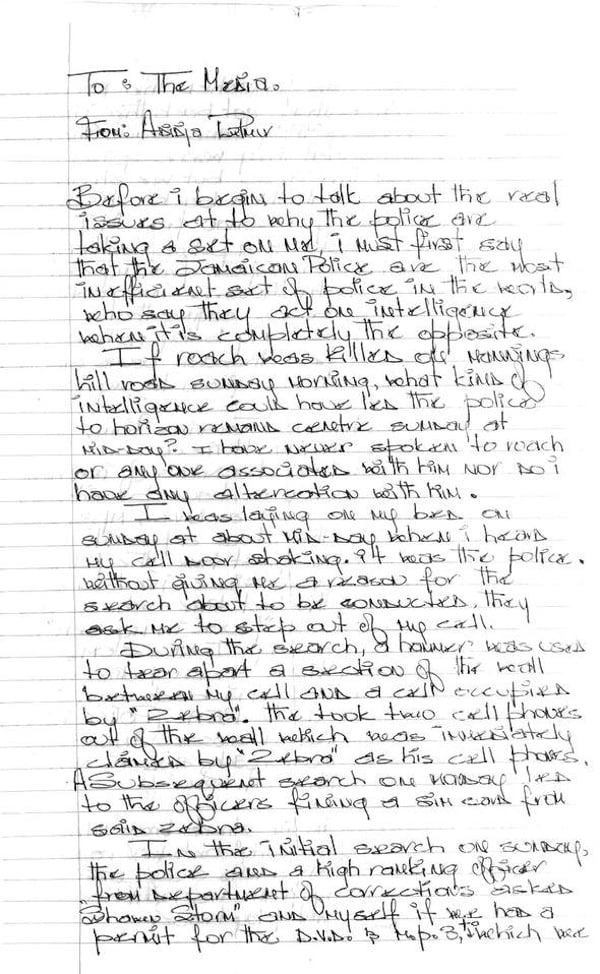 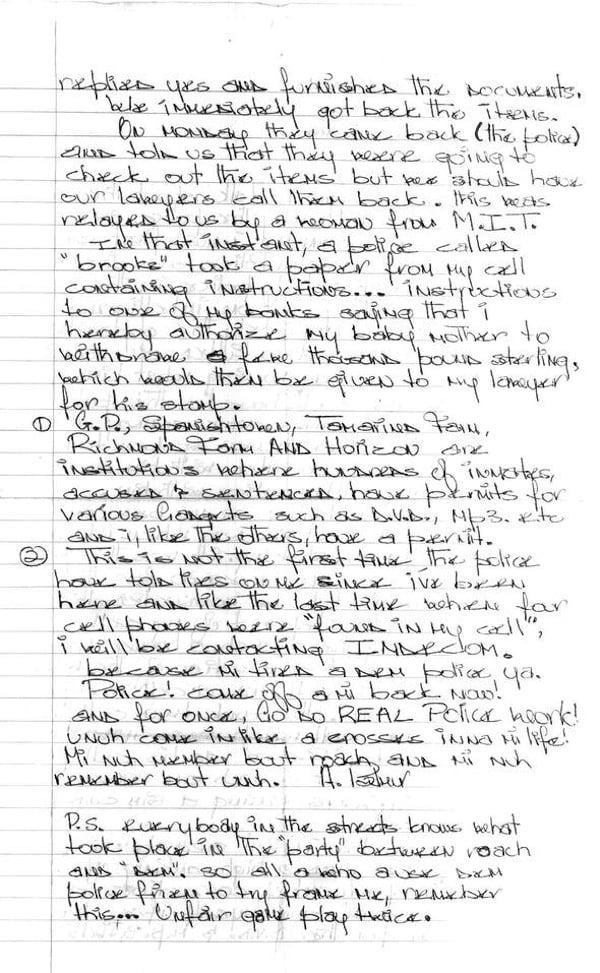 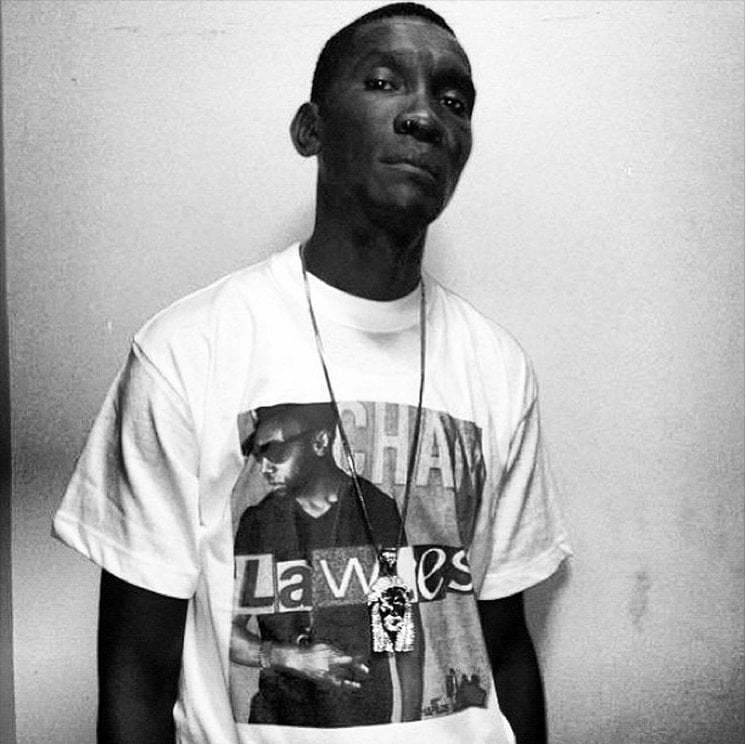 Police say he was ambushed by armed thugs while inside his Chevrolet Avalanche just moments after leaving a party. The famed producer tried to escape the rain of bullets but crashed along Mannings Hill Road in Kingston.

He died on the scene.

Patrick “Roach” Samuels was a former road manager for Vybz Kartel before launching his career as a producer in dancehall.

Police has yet to say whether or not Vybz Kartel has anything to do with Roach murder.