Chris Brown maybe back to his womanizing ways but he still keep Karrueche Tran close by.

The “Fine China” singer was spotted in New York partying over the weekend with Karrueche Tran.

“Come join me at the ZING Vodka after party at EVR NYC tonight,” Chris Brown tweeted.

But it looked like some groupies took Breezy’s invite a bit too serious and came out in droves. 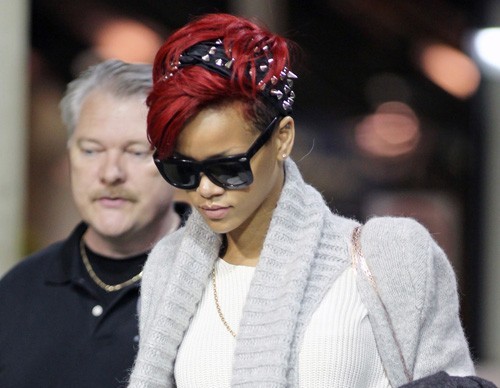 Sources told Urban Islandz that Chris Brown and Karrueche was partying all night and he was even dancing to Rihanna songs.

“When they stepped in everybody noticed because all eyes were on them,” the source said. “Breezy was dancing to songs from himself, Rihanna and more artists.”

“Karrueche didn’t looked too happy and at one points seems to ask the body guard to off load the groupies from the bus and they comply… one groupie even used a couple expletives while leaving,” the source added.