Perhaps this is why Chris Brown is so head over heels over Rihanna, she is very beautiful.

The Bajan pop beauty was out celebrating the success of her new MAC RiRi Woo lipstick.

Rihanna Booed In Boston After Turning Up Late For Reschedule Gig

The new line of lipstick sold out in three hours after its launch. Rihanna was celebrating the affair with a giant cake version of the popular lipstick. 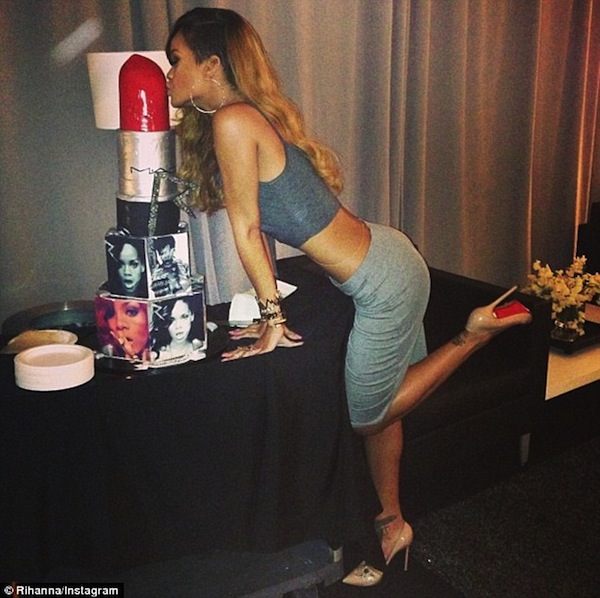 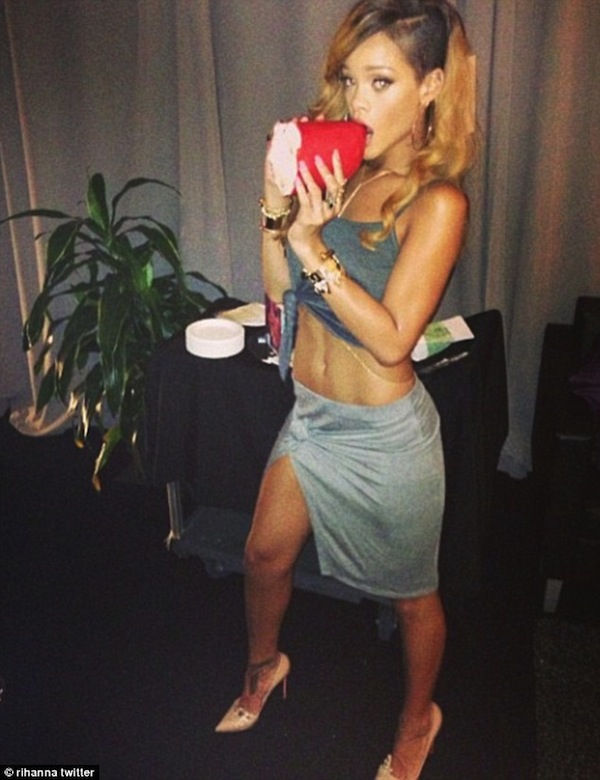 The base of the cake was covered with images of her album covers. 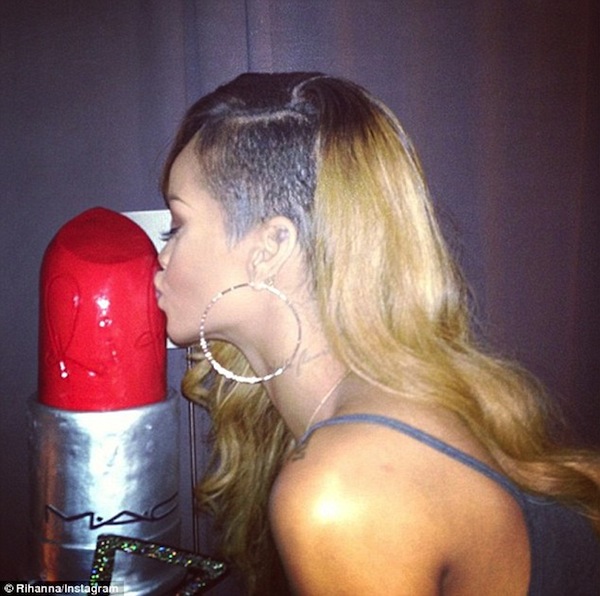 After her Diamonds World Tour gig in New York last night, Rihanna and her friends then her to Greenhouse for the after party. 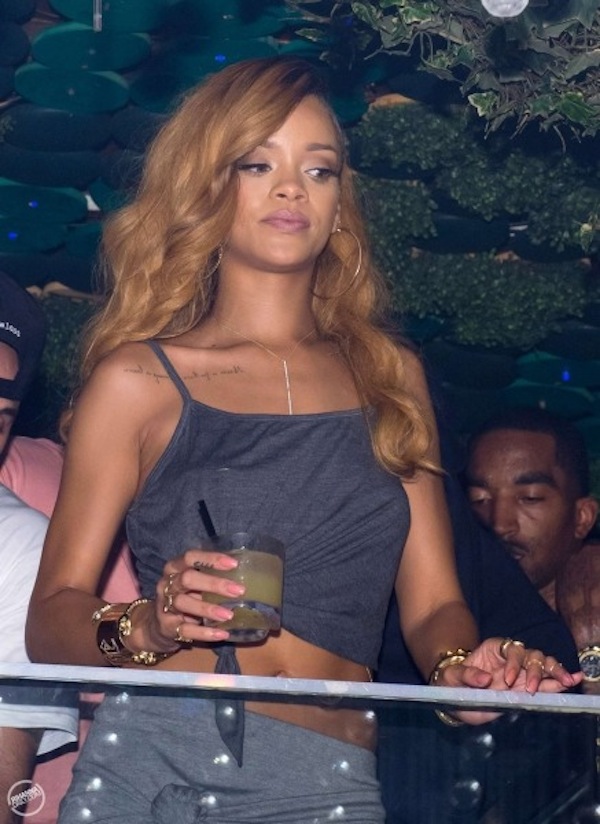 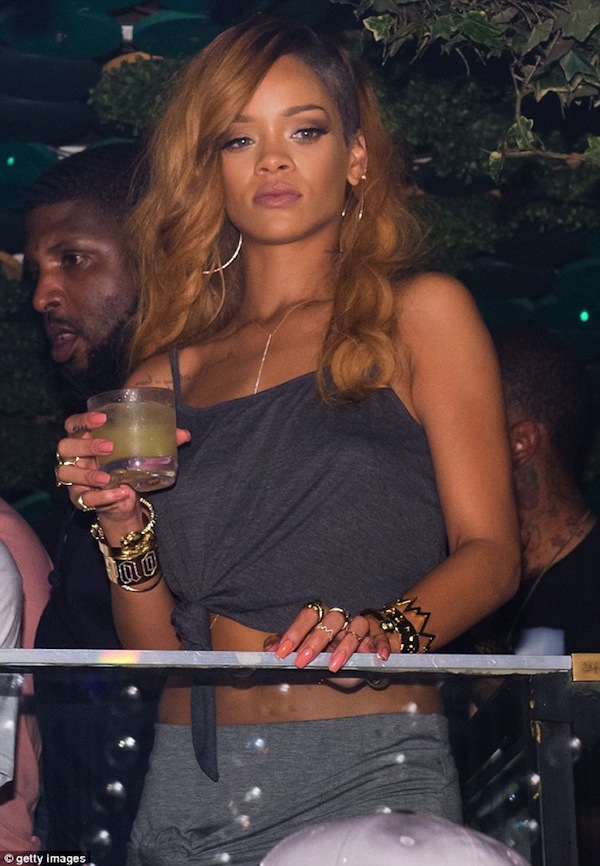 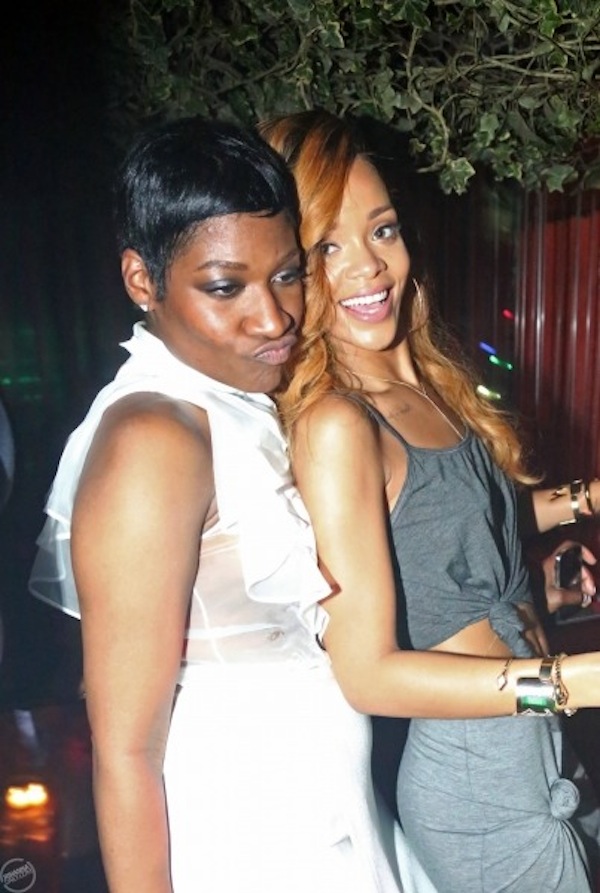 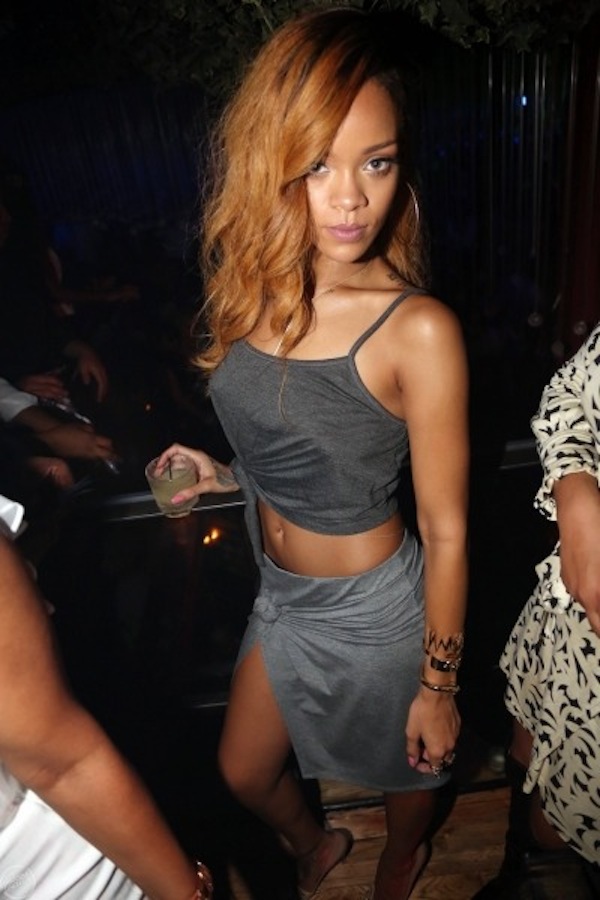