Hip-hop power couple Beyonce and Jay-Z stirred things up last week in bother Cuba and back home in the United States.

The couple was spotted along with their mothers last week in the Communist Caribbean island.

Jigga and Bey were flocked by excited fans while enjoying some Cuban Cousin.

It is illegal for most Americans to travel to Cuba due to the long-standing US trade embargo against the Caribbean island.

According to the NY Post, a group of Republican lawmakers questioned whether or not the power couple violate those restriction during their visit,

However, United States Treasury Department has confirmed that Beyonce and Jay-Z did get approval to travel to Cuba for cultural purposes.

Check out some photos from Beyonce and Jay-Z Cuban getaway here: 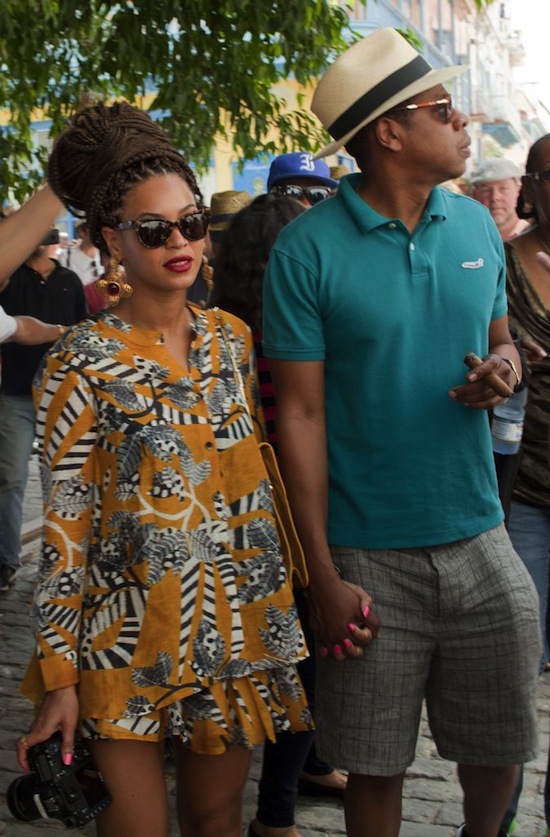