Its work hard and play hard for Rihanna.

Rihanna is hard at work trying to finish her 7th studio album “Unapologetic” ahead of its November 19 release date.

The 24-year-old Bajan pop beauty was spotted out at the Greystone Manor in West Hollywood on Sunday before making her way to the studio to put in some work late night work.

The “Diamonds” singer looked stunning in a short spaghetti strap knit dress and heels. She then put on a long coat while leaving the studio in the wee hours of the morning.

In addition to releasing a new album, Rihanna is also gearing up to hit the road for her Diamond World Tour starting in March 2013 in Bufalo, New York. 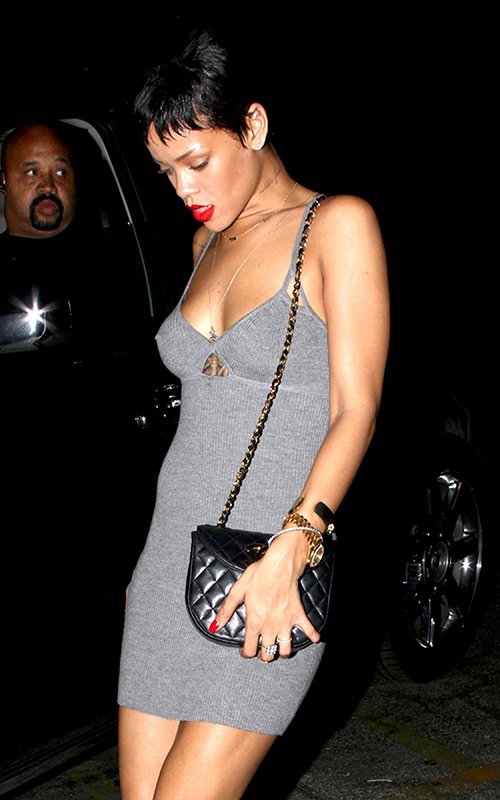 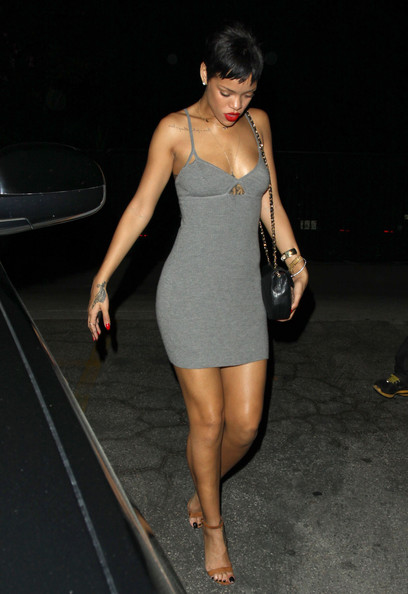 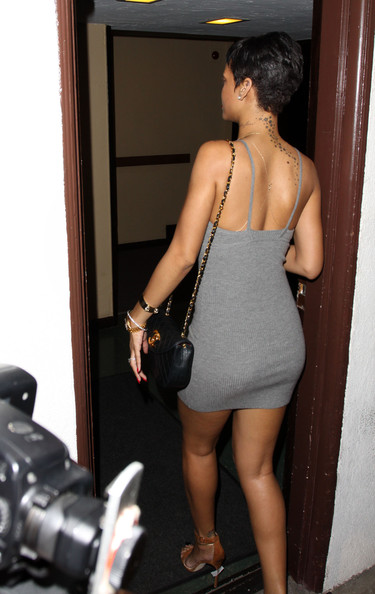