Shenseea has curated the 2021 edition of Spotify’s “Dancehall Queen” playlist as she preps her new single, “Be Good.”

The Dancehall deejay selected a range of songs that will be available through the end of the carnival season, from artistes such as Lady Saw with “Man Is The Least” and “Heels On,” Beenie Man and Chevelle Franklyn with “Dancehall Queen” and Vybz Kartel with “Fever,” “Bet Mi Money,” and “Home.”

Other songs selected by Shenseea for the playlist include Shaneil Muir‘s “Yamabella,” Popcaan‘s “Where We Come From,” Rihanna and Drake’s “Work,” Skillibeng’s “Brik Pan Brik”, “Crocodile Teeth”, Prince Swanny’s “Catch 22,” Shaggy and Rik Rok’s “It Wasn’t Me,” and Ding Dong’s “Watch Dem” among others.

The Dancehall Princess made sure to include nine of her hit songs to the 37 track playlist, including “Blessed” with Tyga, “Good Comfort,” “Tricka Treat,” “Rebel,” and “Foreplay.”

Spotify’s first “Dancehall Queen” playlist was published in 2016, and last year Spice curated a new playlist packed with bangers. There was no Shenseea songs on Spice playlist and neither will you find Spice on ShenYeng’s playlist. Some fans took it as a shade, but these two female dancehall artists are not friends, to say the least, so it shouldn’t come as a surprise that they both snubbed each other. 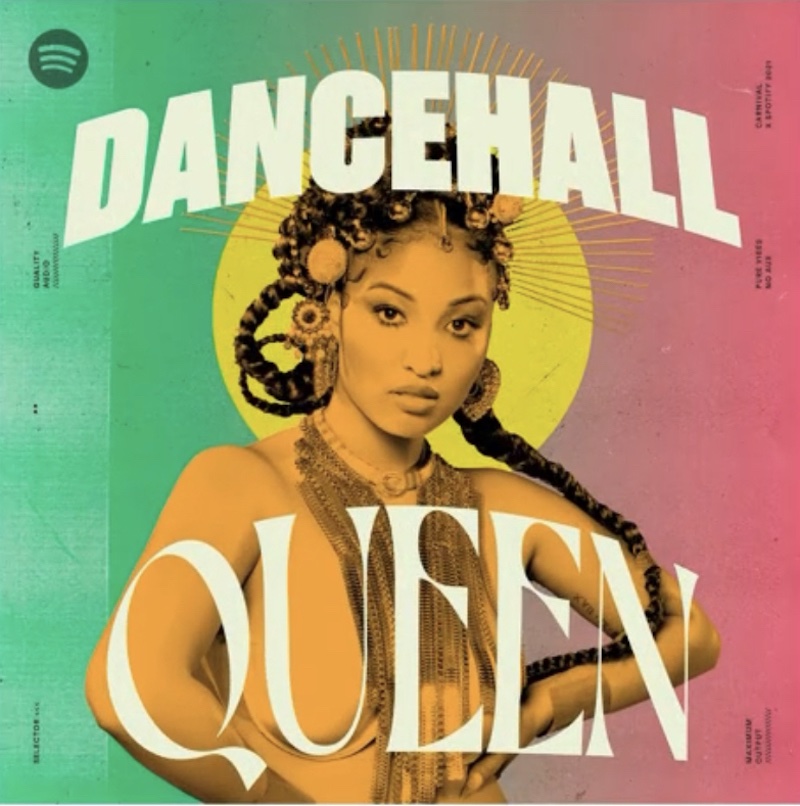 Some of Spice fans were quick to say that Shenseea shouldn’t be curating a “Dancehall Queen” playlist in the first place since she is not the “Queen of Dancehall.” Spice took on that title in recent years and Shenseea previously referred to herself as the “Dancehall Princess.”

Over the years, the title of King and Queen of dancehall have divided fans as the top male and female artists battle for the crowns. Beenie Man says he is the current king and Vybz Kartel also staked his claim on that crown. On the female side, so far it’s Spice who hold a firm grip on the throne, but there is a fast rising new generation of female artists who are immensely talented including Shenseea, Jada Kingdom, Koffee, and more.

Despite the success of both Shenseea and Spice, there is yet to be a collaboration between the two, and they seem to not be seeing eye to eye currently. Spice recently lashed Shenseea’s manager Romeich Major in an Instagram Live for the failed collaboration placing the blame squarely at his feet.

Earlier this year, the two women also unfollowed each other on Instagram. In the meantime, Shenseea is set to release a new song from her upcoming, un-named album this Friday (August 20).

“The only thing that’s on my damn mind lately!!!! #BeGood dropping this Friday,” The 24-year-old announced in the caption of an Instagram post yesterday.

Shenseea’s debut album is set to be released later this year.