Nicki Minaj and Beenie Man shared their reaction to Jamaica sweeping all three medals at the Tokyo Olympic Games.

Jamaica’s Track and Field team got a big boost from Nicki Minaj and Beenie Man as the top three spots of the women’s 100meter race was swept away by Jamaican athletes on Saturday morning.

The race set Jamaicans locally and abroad on fire as, yet again, Jamaica has proven that when it comes to track and field, its dominance is going to endure for a long time to come. The first-place winner Elaine Thompson-Herah also closed a new world record of 10.61- bringing home the second-fastest time in the history of the women’s 100m race.

The victory for the race is even sweeter for Jamaicans who trolled American sprinter Sha’Carri Richardson who was disqualified from the race. Apparently, Richardson and her fans felt she could have won the race. Richardson also invited the scorn of track and field fans with her posts leading up to the event, insinuating that the races would be nothing to watch since she wasn’t there.

“Missing me yet,” she posted on Friday.

However, both Nicki Minaj and Beenie Man shaded the sprinter on Saturday following the euphoric record time by Thompson-Herah as they celebrated the win by the Jamaicans- Thompson-Herah, who is now the fastest woman alive, second place winner Shelly-ann Fraser Pryce who previously held the title and Shericka Jackson who brought home third place for Jamaica.

“How we fi miss yuh? #Jamaica” Beenie Man posted on Twitter shortly after the race along with emojis of the Jamaican flag and fire emojis.

Nicki Minaj co-signed the tweet as she retweeted it, congratulating Jamaicans “big up uno self,” she said.

She also shared an image of the three winners with the caption “#QueenTingz u btchs can’t relate. And that’s ok,” she added with emojis of the Jamaican flag and a smug smile.

Minaj, who has always been a lover of things Jamaican, also said, “Some stinkin gyal cyah relate.”

Richardson, who never made it to the Olympics, was banned after her drug tests revealed that she had used marijuana- a banned substance prior to her race. She has been suspended for a month.

However, the sprinter who qualified for the 100meter race for the United States Olympics with 10.86 seconds seems to have been convinced that she was a formidable opponent to win the finals at the Olympics.

However, the times in the finals would have meant that Richardson could never realistically win the race. The sprinter has been quiet on her social media accounts. 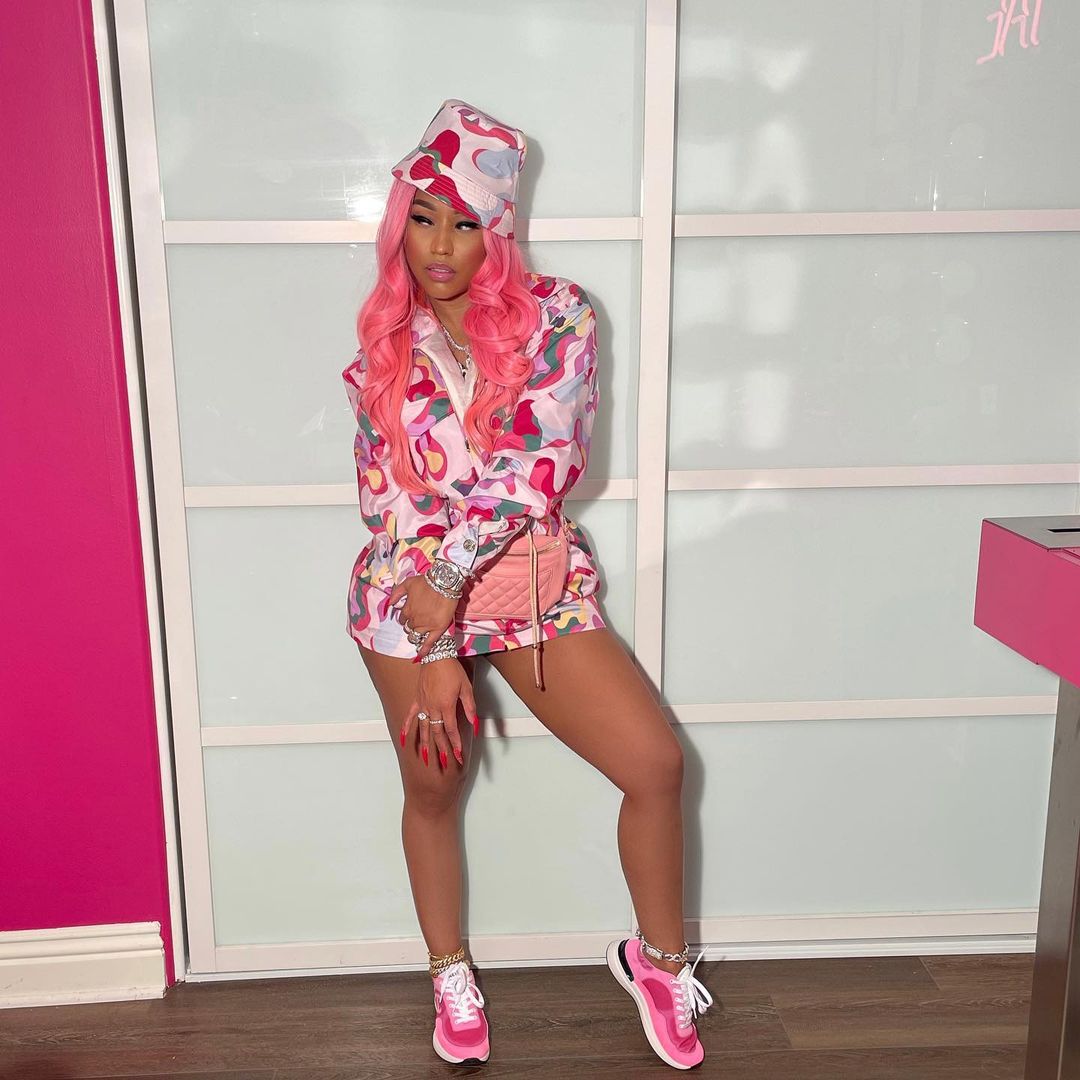 Previously, training partner Justin Gatlin who lost out against Usain Bolt at several races has noted that the sprinter has the ability to run 10.6 based on her practice times.

Richardson is coached by Dennis Mitchell, who also trains Justin Gatlin, who has been banned twice for doping offenses.