Shenseea stunned fans on Friday night when she showed up in a jerk chicken pan on stage at the beginning of her performance at Rolling Loud Miami on the Ciroc Stage.

The dancehall deejay is presently in the sunshine state for the Rolling Loud Festival, one of the world’s largest Hip Hop Festivals.

Rolling Loud Miami will see a packed roster of A-list celebrities and artists performing, including the much-anticipated performance by Kanye West, who drew a massive crowd at Atlanta’s Mercedes-Benz Stadium on Thursday night. The rapper is expected to perform from his Donda album.

Rolling Loud is being held at the Hard Rock Stadium for the three-day event and will see big-name acts like A$AP Rocky, Post Malone, and Travis Scott performing.

Kanye West, however, is the main attraction, and fans are hopeful a surprise performance with Jay-Z might be on the cards. The rapper’s attendance was first posted by collaborator Consequence, who shared on Twitter that Kanye would be passing through.

Meanwhile, Shenseea has been teasing her performance since early July. “I’ll be performing on Rolling Loud Miami!!! Newly added! Shenyengz Roll Out,” she wrote on her Instagram Story.

Shenseea close friend and former manager Romeich Major shared a video of Shenseea’s entrance which showed Major wearing an apron and chef’s cap as he and another man rolled out a large jerk chicken grill. 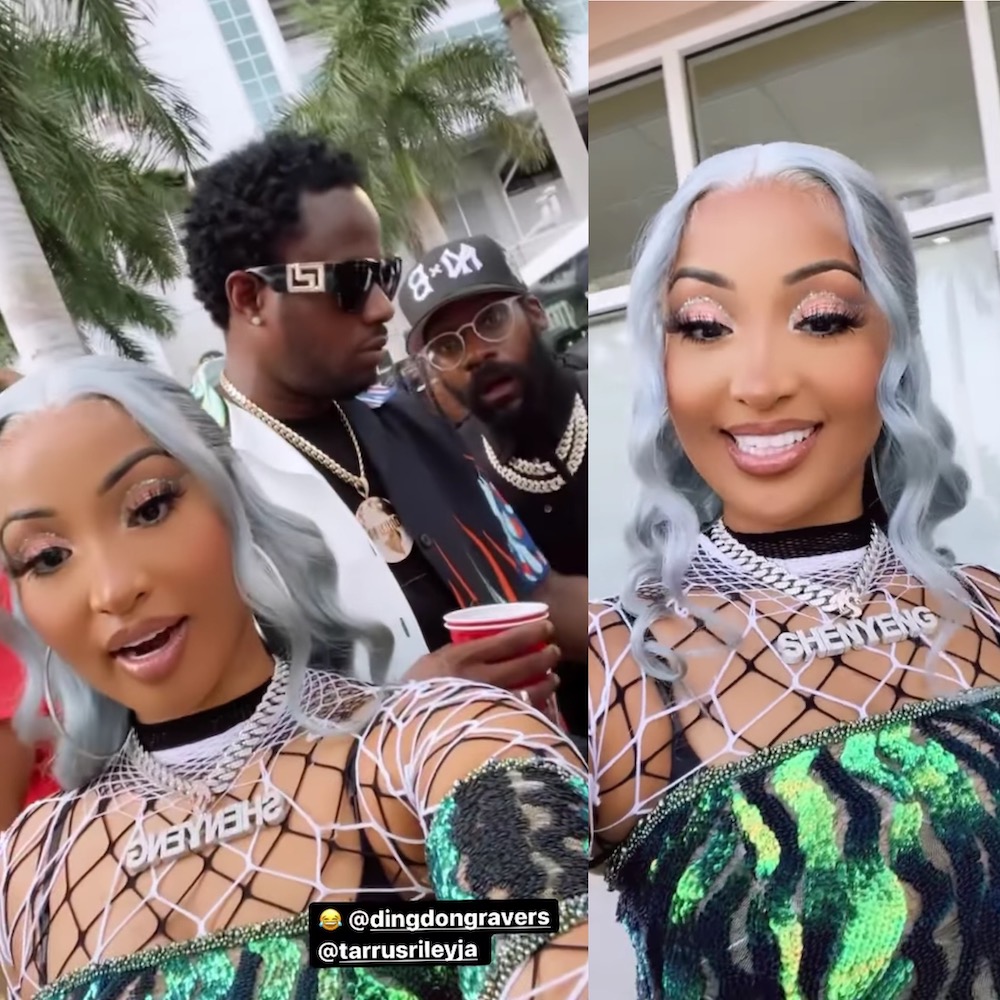 “Anybody wants some jerk chicken, some real Jamaican jerk chicken?” the deejay asked as the grill is opened and Shenseea steps out wearing a black, green, and gold designed outfit. Ding Ding and Tarrus Riley were also at the event to support Shenseea although they were not billed to perform.

Major reacted to the hilarious video on his Instagram account. “Right now me no business with weh a soul want say me is Jamaica number one worker and Jerkman right now,” he said. “@shenseea @rollingloud was a experience and a start of greatness not only for the team but for Jamaica we represent we country and music everywhere we go so show respect!!!!,” he said. 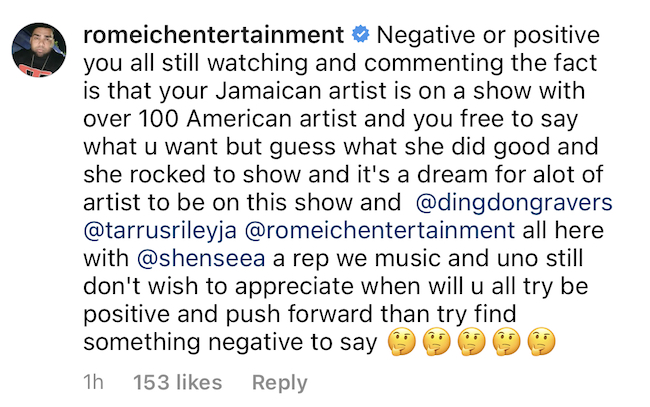 Some fans have been criticizing Romeich over Shenseea’s entrance to the event. He responded saying, “Negative or positive you all still watching and commenting the fact is that your Jamaican artist is on a show with over 100 American artist and you free to say what u want but guess what she did good and she rocked to show and it’s a dream for alot of artist to be on this show and @dingdongravers @tarrusrileyja @romeichentertainment all here with @shenseea a rep we music and uno still don’t wish to appreciate when will u all try be positive and push forward than try find something negative to say,” Romeich commented on TheTropix IG post.