Shenseea has big plans for her performance at Rolling Loud festival in Miami.

Rolling Loud, dubbed the World’s Biggest Hip Hop Festival, rolls around this weekend, and dancehall princess Shenseea is set to make her mark alongside other hip hop stalwarts such as Kanye West.

The Florida Hard Rock Stadium will come alive over the three-day events spanning from July 23-25. A$AP Rocky, Post Malone, and Travis Scott have been listed as the headliner; however, newly added Kanye West prove to be a major upset. West rang in Yeezy season earlier this week when it was announced that he would be dropping his long-awaited Donda album on Friday.

Kanye West has already teamed up with Dr. Dre for the most recent commercial for Beats by Dre air-buds. The ad, which was aired during the NBA finals between the Milwaukee Bucks and Phoenix Suns, featured music from the album. This was the first taste of what Ye’s 10th studio album has in store for many of his fans. However, others will get the chance to take it all in when they tune into the listening party to be streamed on Apple Music from the Mercedez Benz Stadium in Atlanta on July 22.

Kanye West’s collaborator Consequence took to Twitter to announce Kanye’s inclusion on the festival with a now-deleted post that seemingly hinted at Ye’s stage design.
“DONDA Experience Rolling Loud Miami, FL 07.25.21 Via KW Summer ’21,” Consequence wrote in the caption under the Pyramid setup fans can expect to see when the “Good Life” rapper touches the stage on Sunday. 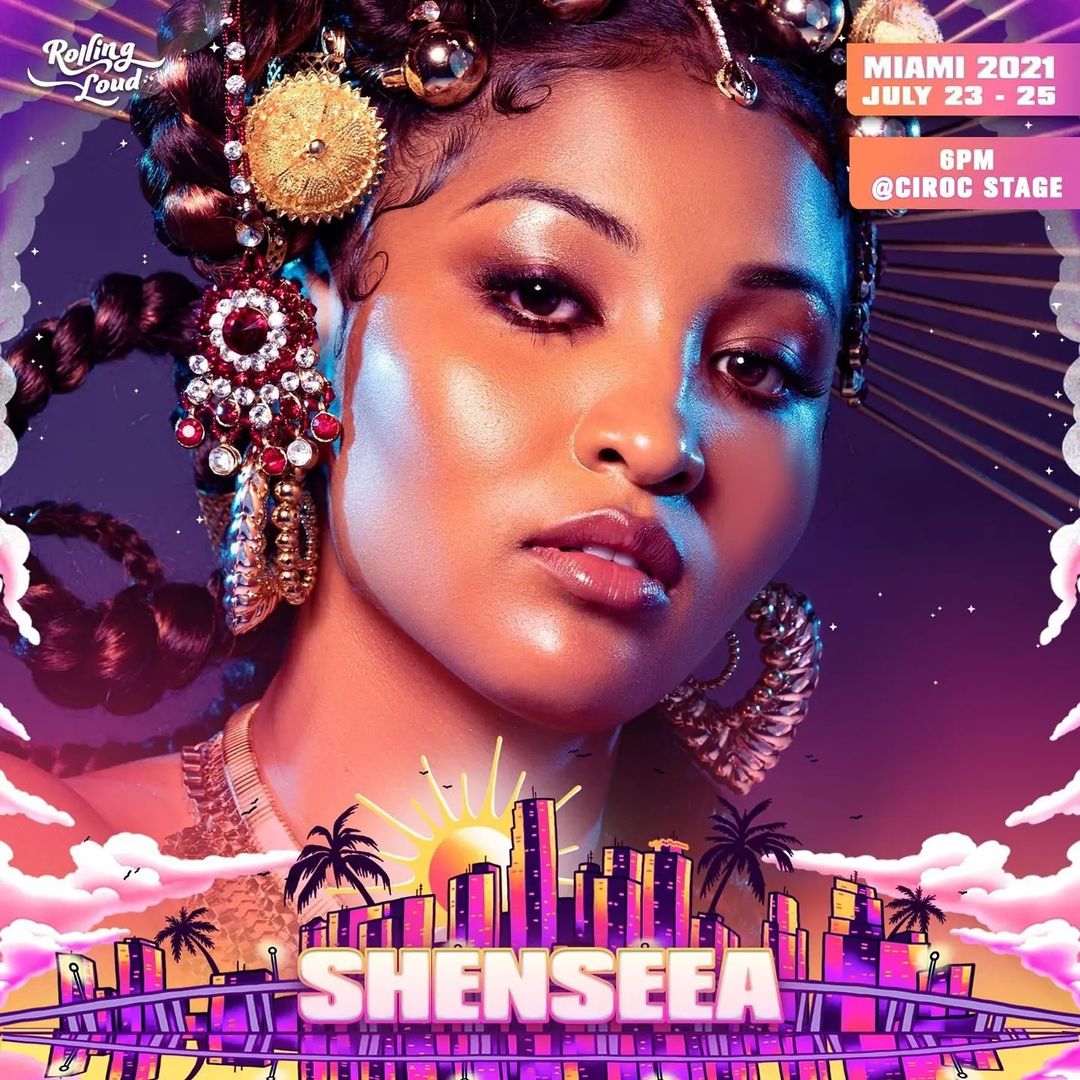 Shenseea first announced her slot on the Rolling Loud Festival earlier this month. “I’ll be performing on Rolling Loud Miami!!! Newly added! Shenyengz Roll Out,” she wrote on her Instagram Story following the announcement of her new Lebanese-Canadian manager Wassim ‘Sal’ Slaiby. The XO Records Label exec is also rumored to be working with Diddy, which could explain Shenseea’s placement on the Ciroc Stage. Romeich Major has also been promoting Shenseea’s impending performance via his Instagram account.