Popcaan as stepped forward to ice rumors he and Drake had a falling out.

Popcaan and Drake‘s friendship remains as solid as a rock despite rumors that the “Silence” deejay was no longer linking with the 6God. The friendship between Drizzy and the dancehall hitmaker has flourished over the years, leading to Popcaan inviting Drake to perform on his first staging of Unruly Fest in St. Thomas at the end of 2019. That move would later culminate in an announcement of Poppy being signed to Drake’s OVO Sound label.

Prior to the official signing, Popcaan worked with Drake on the smash hit “Controlla,” though the Jamaican assisted version never made it to the final cut of Drake’s album. Fans and critics alike drew on this action as sound reasoning for Popcaan not to sign with the Canadian-based Record label.

The first project released under OVO Sound titled Vanquish had no signs of Drizzy, further fueling the negative sentiments from concerned fans. Popcaan would use summer 2020 to launch the feature-packed FIXTAPE album, which contained the Drake hookup “Twist N’ Turn.” The rumors of Drake stifling Popcaan’s career were soon silenced, as Poppy reeled in collabs from the likes of Jorja Smith, Maroon 5, French Montana, and OVO Sound’s very own Preme. 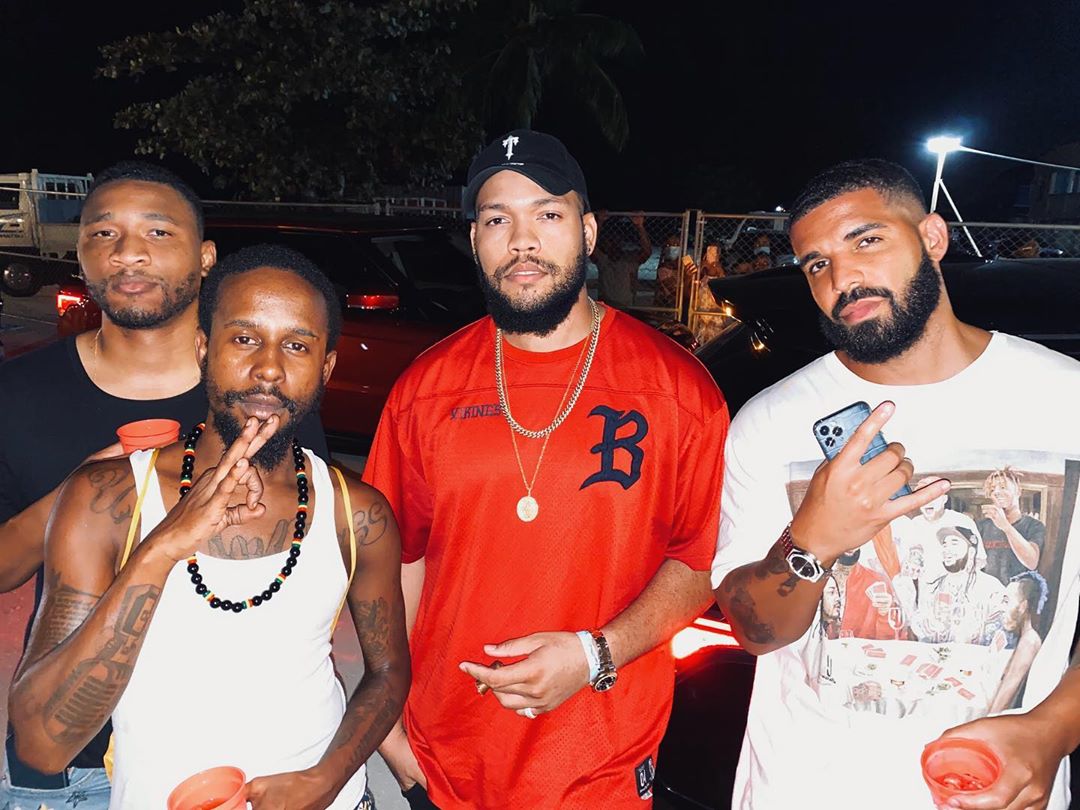 Popcaan and Drake also connected in Barbados, where they showed off some terrific scenes from a yacht party and even linked with Rihanna’s brother. It is believed that the scenes captured from the link-up will actually be used for the visuals for the Drake and Popcaan collab, which is possibly included on the Toronto native’s upcoming album Certified Lover Boy.

Yet, a rumor allegedly started by an unspecific Youtube channel hinted that the 6 God and Popcaan were no longer on good terms. Poppy’s noticeable hiatus from social media seemingly gave further credibility to the gossip circulating in the entertainment sphere.

The “Talk Mi Business” deejay is making it abundantly clear that the link between himself and Drake is stronger than ever. Posting a screenshot of a recent convo with Drake, Popcaan wrote, “Loyalty is priceless you can’t run a deposit for some!! Them pray fi the link mash up #ovo #unruly a the same ting.”

Loyalty is priceless you can't run a deposit for some!! Them pray fi the link mash up???? #ovo #unruly a the same ting. pic.twitter.com/v4QCJKSQLg

Those rumors were also picked apart this week when Drake shared a portrait painting of Popcaan, which he purchased from Toronto artist Zallah Yasamin-Akbari. The US$400 painting sat comfortably at a window in the rapper’s US100 Million mansion.

Furthermore, Popcaan celebrated his 33rd birthday on July 19, and in a much-missed episode of Miss Rona vs. Popcaan, the deejay called on his Mom [Miss Rona] to “load up the Drake.”

“@champagnepapi @quavohuncho load up the drake. drake dey a Canada the last time me check,” Poppy joked in the caption while calling on Quavo and the 6God himself.

Check out the hilarious post below as well as Popcaan’s brand new release titled “Pool Party.”