Justin Laboy gets to hear Kanye West new album and shared his thoughts on it.

Kanye West might be ready to drop his much-anticipated album Donda this new week coming as he was seen in the studio vibing with Tyler The Creator. Kanye announced the album last year but did not give a release date, but now there seems to be some positive news about the album, and it might be dropping sooner than expected.

A video shared online shows wearing a hoodie, Kanye sitting at the studio booth in front of a computer as he plays music while Tyler bops his head.

There’s also what seems to be a whiteboard to Kanye’s left which seems to have a list of tracks presumably from the album. Fans were quick to scrutinize the names as they correlate with the information Kanye previously released on the album.

Meanwhile, Justin Laboy is teasing that DONDA might be released this week. The social media personality took to Twitter on Sunday to share that he had listened to the album and was excited for fans to hear it. 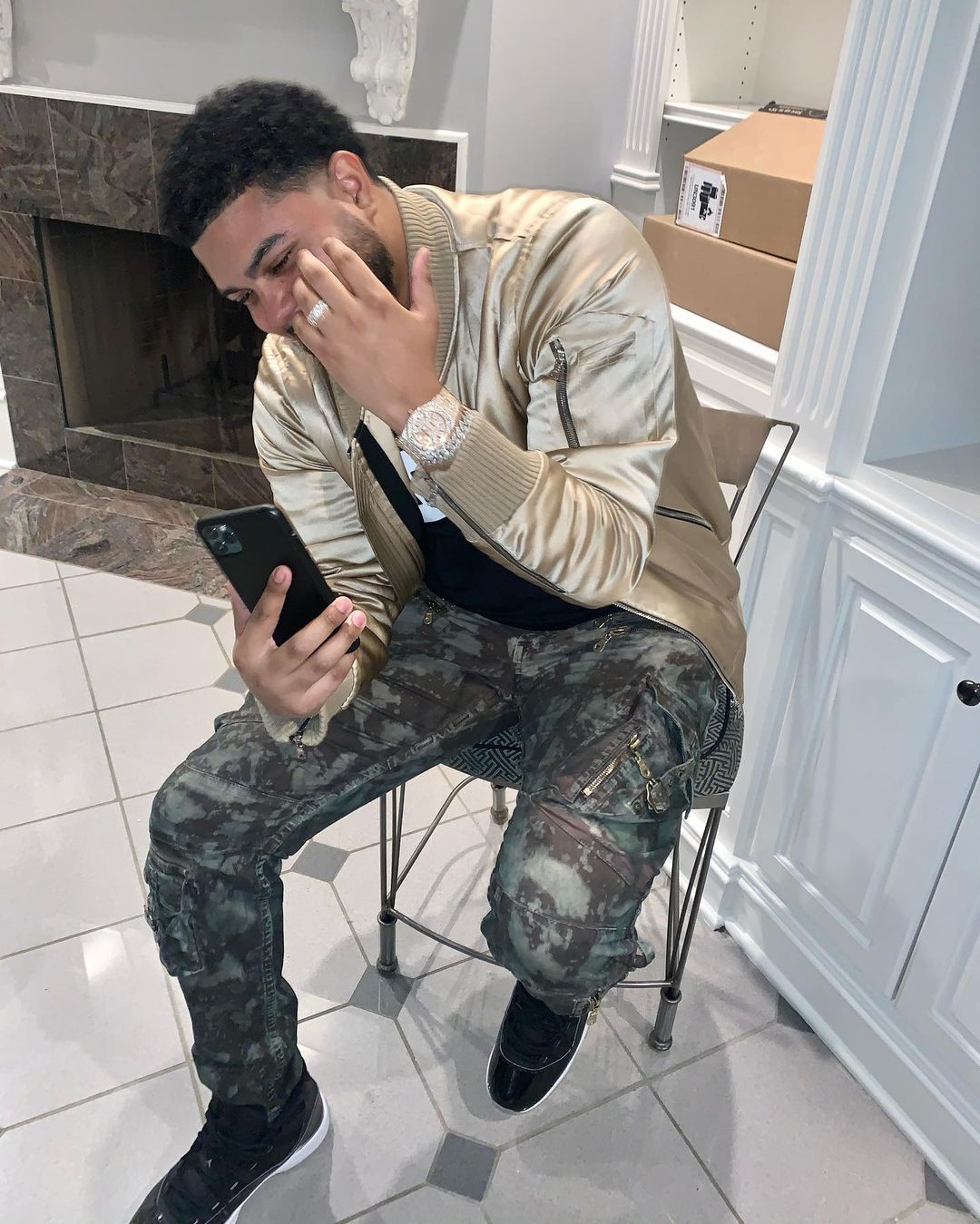 According to him, Kanye played the album for him and Kevin Durant over the weekend while they were out in Las Vegas.

“Kanye played his new album for me & @KDTrey5 last night in Vegas. Man listen! The production is light years ahead of it’s time, and the bars sound like he’s broke & hungry trying to get signed again,” the social media personality popular for his relatable memes said. “Any artist who plan on dropping soon should just push it back #Respectfully.”

He further teased that the album is dropping this week even though Kanye has not officially shared the release date.

“Kanye West album is really done. When it drops this week, we probably not going to listen to anything else for a while,” he shared. “Let me go enjoy all the current artist I’m listening to until then. God bless #Respectfully.”

On the other hand, Kanye West has also re-emerged on Instagram following a hiatus that saw him absent for a while off of social media. The artist was welcomed by many of his 5.4 million fans in spite of having last posted in November 2020. Fans converged on his last post made in November as they asked the rapper for new music while others welcomed him back.

Kanye played his new album for me & @KDTrey5 last night in Vegas. Man listen! The production is light years ahead of it’s time, and the bars sound like he’s broke & hungry trying to get signed again. Any artist who plan on dropping soon should just push it back ? #Respectfully

LETS ARGUE ??? His name is @kanyewest & this new album he’s dropping this week is a classic.. DONT @ ME #Respectfully pic.twitter.com/ZTcsYyPB6d