Shaggy says Jamaica’s reputation as a homophobic country led to him being barred from a television network album promotion of one of his projects with British musician Sting.

Speaking on a Sound Chat Radio interview that explored the link between dancehall music and criminality on the island, Shaggy said the TV network had a problem with him because of the misconceived notion of Jamaica.

“A lot of people that are in power, are in [decision] making positions that make decisions that affect us directly, so you must get involved.”

However, Shaggy rejected the notion that artists are responsible for influencing crime as he feels it is because of the lack of opportunities for young people on the island.

He says that dancehall music has been the scapegoat when it comes to crime, and it has become so ingrained in society that it has become accepted culturally.

Referencing the days of Buju Banton’s “Boom bye bye” and other gun lyrics from he was a child, he says that he nor others have reacted to it as it is only entertainment. He added that the cultural stigma created from blaming dancehall for crime has led to far reaching consequences which he has personally experienced and which is unfair.

Jamaica was labeled the “most homophobic place on earth” in 2006 due to the country’s vocal non-acceptance of the gay lifestyle as posited in music. It goes back all the way to the 90s with Shabba Ranks and other artists who either got their visas revoked or denied because of their anti-gay lyrics.

While the reputation has remained pervasive, it has been damaging to the island’s image for tourism and music, even as other countries, particularly in the Middle East, are far more dangerous places for gays. Jamaica also did not have a problem of gays being harmed on the island, although many documentaries done by foreigners appeared to paint the island as persecuting gays.

According to Shaggy, the anti-gay tag on Jamaica has caused many abroad to falsely believe that dancehall was propagating violence against gay people on the island.

According to him, he has experienced one such instance of being blocked internationally due to the fact that dancehall has been used as a scapegoat.

“Clearly. Clearly. On every level,” he said when asked if dancehall was being used as a scapegoat. “I’ll tell you how bad it is; we were doing promo and I was supposed to go on a television show, and we put in for request to be on one of the, I won’t call the television show name. And they did not accept me based on the fact that I was from Jamaica, and they were saying that I represent homophobia,” Shaggy said.

He went on to say that it was a mainstream TV show, but because of his association with reggae music, he wasn’t allowed on the show. 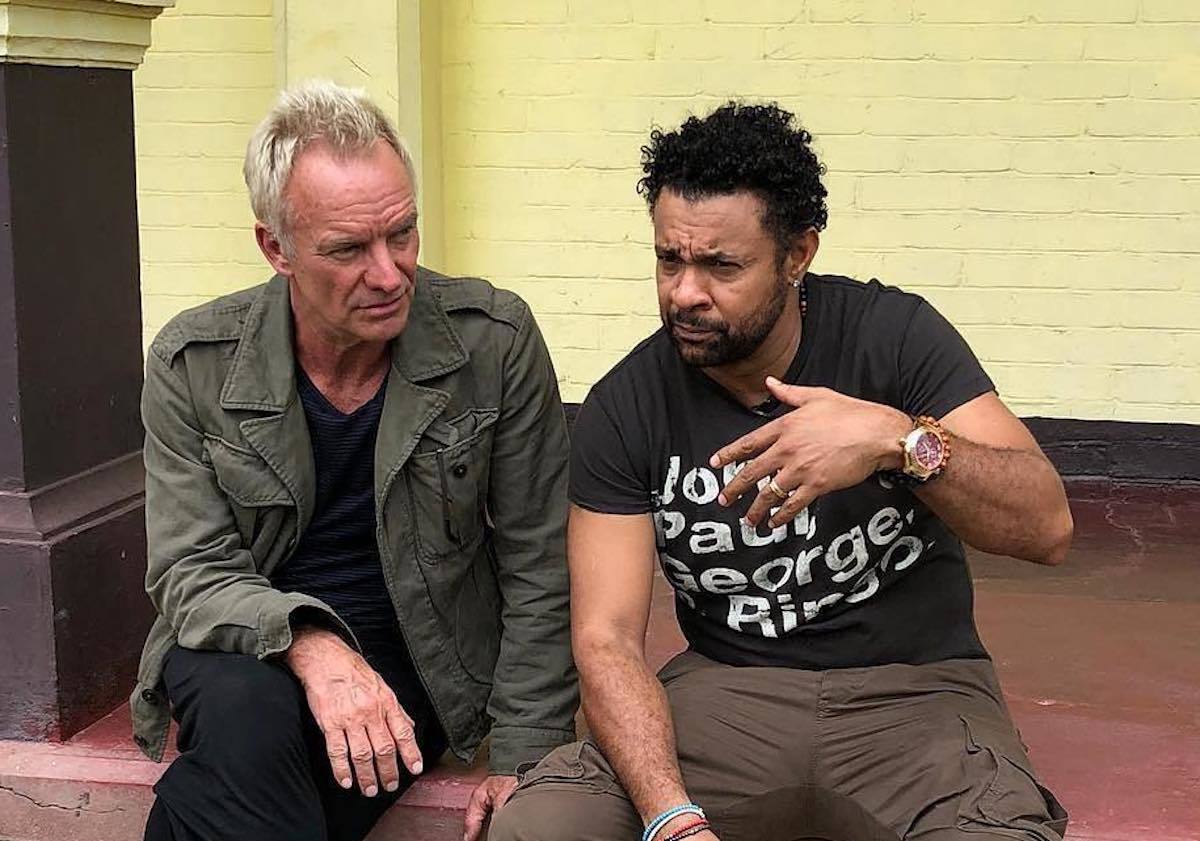 “It was me and Sting and they wouldn’t mind keeping Sting but I couldn’t come on because a dat. Of course Sting said: ‘no way, if I’m [Shaggy] not going I’m not going either’. But the point I am trying to make based on the homophobic connotations that we have as Jamaica, for a lack of better word, they wouldn’t accept me on the show to promote a major album.”

Shaggy says that a lot of the statements are propaganda and not grounded in fact. He compared the statistics that showed that the majority of the crimes committed on gay people were by their gay partners in domestic situations. Likewise, he drew references to the situation of crime in the island, which have multiple factors as to why crime is occurring.

Shaggy went on to speak about what he has seen on the ground, which explains his opinion as to why crime is pervasive in Jamaica now, especially during the pandemic, as many are out of work and cannot make ends meet.

According to Shaggy, his hope is to influence youths to create generational wealth.

“We need role models, we need people they [children] can look up to and say ‘yeah, ok this man is doing something with his life, this man is trying to create generational wealth’, which is why I’m doing the same thing with artistes, there’s needs to be a new bar, the bar need fi be a Shaggy or Sean Paul weh dem look pan and say ‘dem man deh mi want fi be like fi create my generational wealth’, mi want change the cycle of my family fi come out of the ghetto and mi want a long illustrious career past 30 years go down.”

According to Shaggy, many persons in the industry do not even own their own intellectual property, which shows the need for education and mentorship in the industry.

He raised the fact that Dr. Dre, who is a billionaire, was able to become wealthy while also helping others to make money. “You can’t stop the culture, it’s luring people,” he says in reference to the impact of dancehall and the possibility for everyone to make money from it.