Future is alluding to Lori Harvey on a new track with 42 Dugg.

The relationship between Future and Lori Harvey, in retrospect, seems short-lived, but it was definitely one of the most high-profile matchups for both parties. The rapper who is nicknamed the ‘King of Fertility’ for his many baby mamas has always been known to date a lot of women, while Lori Harvey, to some people, seemed like the female version of him. The model who earned a reputation for dating A-listers made for an unexpected item with the “Life Is Good” rapper, but their romance was a social media muse, to say the least.

The former couple dated from 2019 to 2020, so it was just last year that Future flew Lori as well as her friends and family out to Jamaica for a birthday vacation.

The infamous photo of the two cuddling in the swimming pool at the mansion where they stayed still lives on though removed from their personal Instagram pages. While they broke up months later, and Lori Harvey has since moved on to famous Black Panther actor Michael B. Jordan, Future is still peddling the mention of his ex-girlfriend in his songs. 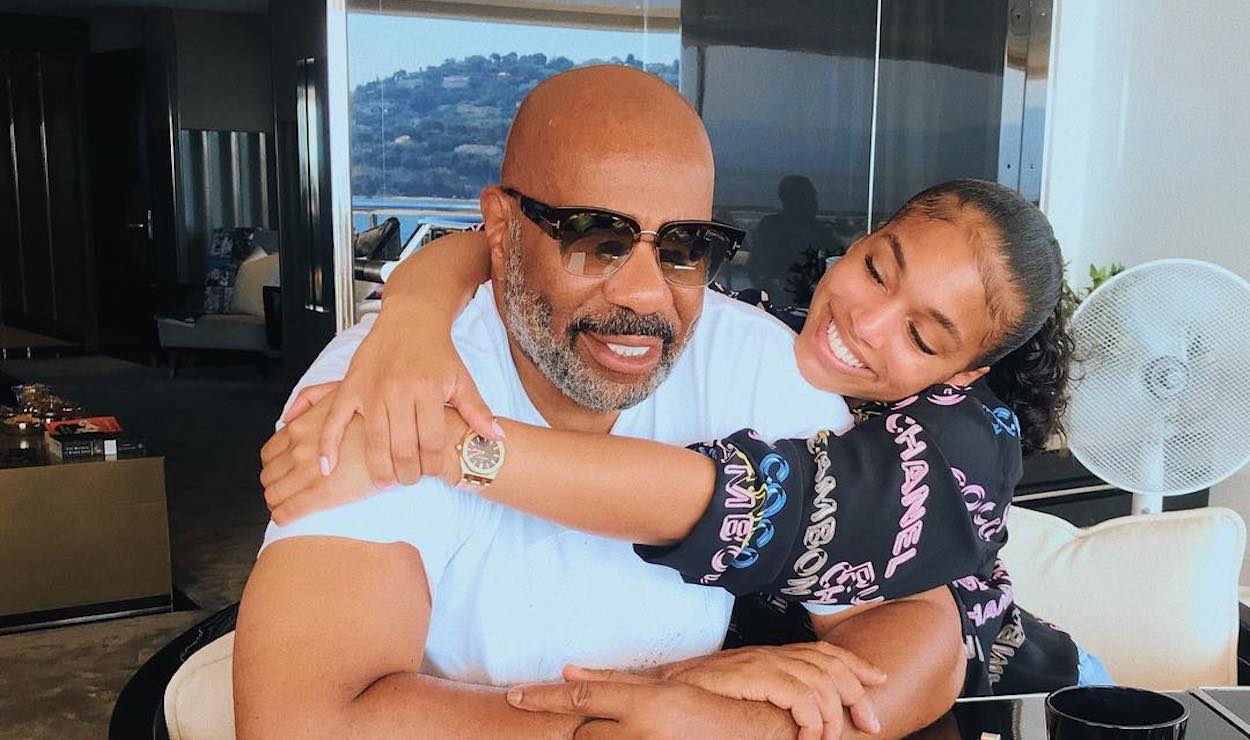 In a newly leaked snippet of a track with Future and rapper 42 Dugg, Lori Harvey’s former beau hints at her when he mentions her famous stepfather Steve Harvey. The lyric was enough to send fans into a frenzy on social media, most of whom are now trolling Future for still alluding to Lori Harvey more than a year after their breakup. “Tell Steve Harvey I don’t want her,” Future raps in the not-so-subtle dig.

Fans have surmised that the player may have gotten played here, and Future, who is usually ever-so cavalier about the women he’s dated, might actually be affected this time around. “Lori must’ve really hurt future. He really said ‘tell Steve Harvey ion want her’. This is my misogynistic king oo. I’m broken. I thought he was with Dess already,” one fan wrote on Twitter. “Lori you did what we wanted you to do… Thank you,” said another user on Instagram.

Steve Harvey recently said he approves of his stepdaughter’s new boyfriend Michael B. Jordan while he wasn’t too fond of her previous. Some fans believe this to be the reason for Future addressing the veteran comedian and actor on his new track. “For y’all that don’t know he’s actually throwing a shot at Steve Harvey who recently said that he likes Lori’s new boyfriend and [he] didn’t like the last boyfriend talking about Michael B and Future,” said another Twitter user.

The leaked snippet from Future and 42 Dugg’s new song was enough to spark a conversation online that got the rapper trending. While there is no ETA out on the song just yet, we can only imagine the traction it will have already gained by the time it is released. Some fans online find the lyric laughable because with a man like Michael B. Jordan by her side. It’s almost inconceivable that Lori Harvey would even be thinking about her ex.

What do you think about Future seemingly declaring that he doesn’t want Lori Harvey after all this time?

Lori done hurt future feelings ? this man got in a song tell Steve Harvey ion want her ? tf thought he was with dess ?????

I had to unfollow whoever liked that Future and Lori Harvey Tweet ? Cuz BABY. That’s sum real bum shit. “Tell Steve Harvey Ion want her” SHE DONT WANT YOUUUU. The delusion of it all.

Imagine havin a current girlfriend & bein so pressed over your ex you drop a lyric "Tell Steve Harvey iont want her" about a woman that aint looked back at you ONCE & paid you nothin but literal dust since yall broke up LMAO. Future is down HORRENDOUS. Lori hurt that nigga BADD pic.twitter.com/muLiH3sqXK