Order’s up, and as it turns out, it’s all Alkaline base, so it’s good for you. That’s not the slogan dancehall entertainer Alkaline is running with as he unveils the tracks for his sophomore album Top Prize. Still, it surely has a nice ring to it. The prolific deejay announced the arrival of the album some months ago, using the leading track of the same name to give fans a taste of what was to come.

Vendetta fans gobbled up the Alkaline magic that was provided on that track and will soon be able to feast on fresh tracks such as “Maniac,” “Deh Suh,” “Magic,” “Hostage,” and “More Life.” Tracks such as “Ocean Wave,” “Cree,” and “Top Prize” will comfort those who have been following the Vendetta boss for much of 2020.

There are 14 tracks on the project with production credits for long-time Alkaline collaborators Tru Ambassador Entertainment, Armzhouse Records, Studio Vibes Entertainment, CountreeHype Entertainment, among others. The man himself is the only voice fans will be hearing throughout the entire 14 tracks. That’s, of course, not considering any official skits or intro we may stumble across. Promotion is already in full effect for the project, as management and other members of the Vendetta clan share just how to pre-order the album on iTunes. 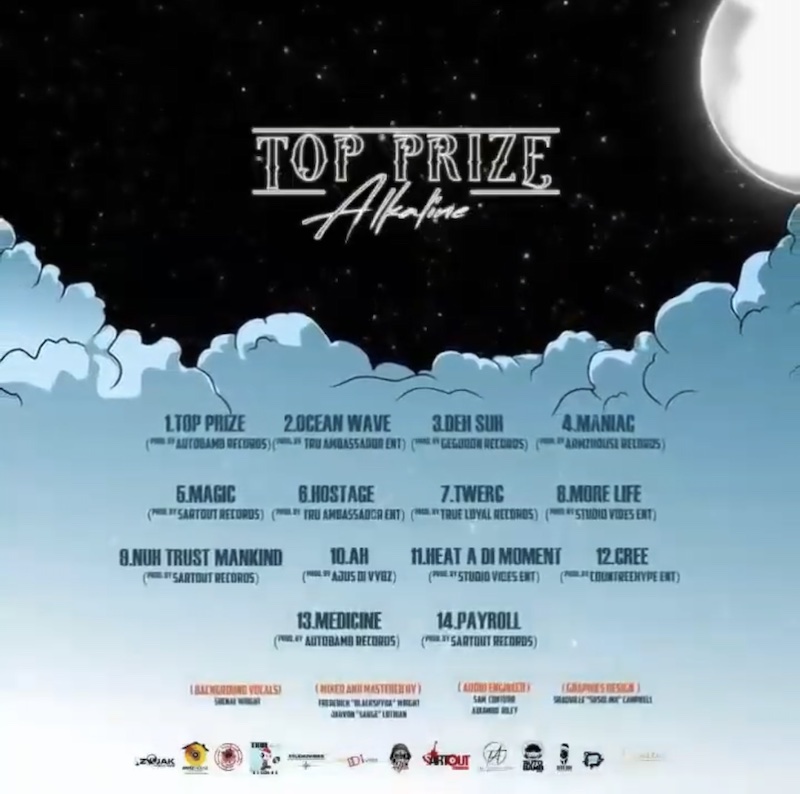 The expected release date is scheduled for May 14.

The “Ready” deejay recently received the physical plaque for his 2016 album New Level Unlocked. The project dominated the Billboard Reggae Charts following its release. Alkaline has grown since then, and he is hoping his fans will be able to appreciate the direction in which he is trending.

“[Top Prize] represents when you win a competition, basically showcasing victory against all odds. This album is timely with the opportunities I have been given, lessons learned along the way, my personal growth and experiences…experience teaches wisdom, so it is only fair that I bring everything full circle,” Alkaline said earlier this year in a press release.