Spice is looking to rebuild her Team Spice in Atlanta where she now resides.

On the heels of her dancing group breakup and her migration to pursue her reality TV career, Spice is ready to get back on track as she announces more than a dozen vacancies as she builds back ‘Team Spice‘ which will be based in Atlanta. In a post on Instagram, the Smurf Deejay said she’s ready to build her team in Atlanta, where she currently resides with her two children.

The poster, which announced an address and time for interviews, was labeled “Atlanta, I’m Hiring,” was shared on her official Instagram page and stories to her more than 3.4 million followers.

With a busy schedule as an artist, Spice is also a full-time single parent to two minor kids and also manages two businesses- Faces and Laces – her hair and makeup line and Graci Noir- her clothing line that she dropped recently. 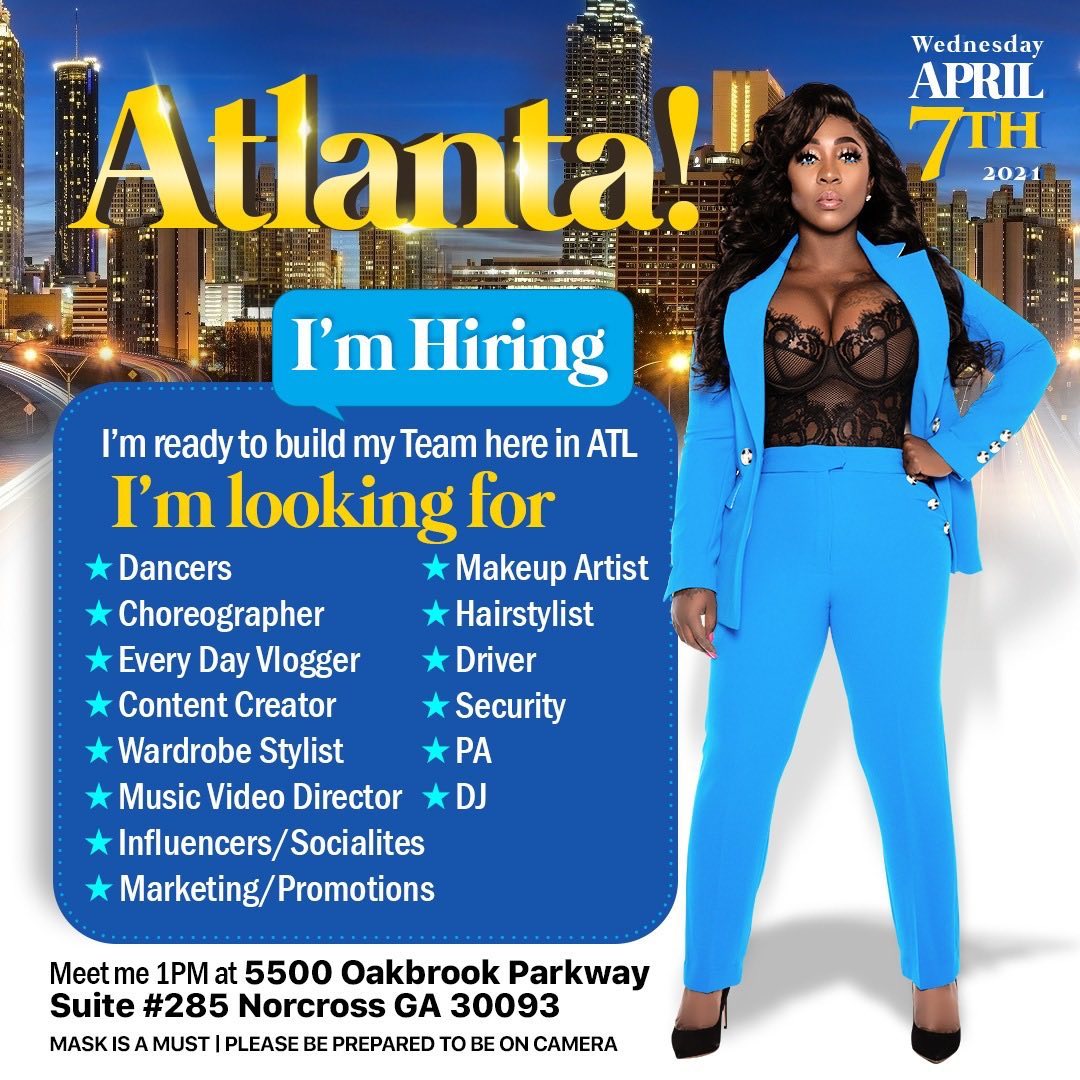 She also starts on VH1’s Love and Hip Hop Atlanta and also seems to be pretty booked out for artiste bookings. However, while the new positions speak to a new Team, Spice seemed focused on building out her brand into bigger and better platforms, like any smart businesswoman might want to.

Meanwhile, in the comments, dancehall selector and self-proclaimed “viral King, Foota Hype said, “Everyday Vlogger here,” as he joked about vying for the position.

Spice also received commendations from other entertainers who reacted to Spice’s post by commenting or liking it, including I-Octane, Cham, Wally British, and Konshens.

Late last year, Spice and her former dancers had a public fallout that was dragged across social media platforms as the dancers alleged that Spice underpaid them and that she had failed to secure visas for them to travel abroad with her.