Spice responded to Team Spice members complains about their pay.

Spice is one of the most celebrated and successful dancehall artists to date. She successfully used her career in music to transition into other ventures that have paid off like ‘Love and Hip Hop: Atlanta’ and her talk show ‘Spice it Up.’ However, the ‘Queen of Dancehall’ within the last week has had to defend her self several times from a host of issues that seem to be coming at her from all angles. The latest in a string of accusations is that she has not been good to her dancers. The accusations are mostly about their claims that they were underpaid.

In 2018, Spice was dragged on social media for a similar issue. She was accused then of also not paying her dancers after dancehall selector Foota Hype revealed that she had brought a brand new 2018 Jaguar F-PACE SUV. Her dancers quickly came to her defense then, but that is not the case now. Spice used Instagram Live to explain her side of things with regards to Team Spice members Dancing Rebel, TC, and Pretty Pretty.

She said that Richie Feelings Instagram Live video had insinuated that the dance troupe was dissolved because of ingratitude and that his comments hurt the dancers. That’s why she believed they made their own videos. A combative sounding Spice also said she would use her Instagram stories to show how much money she had been paying her dancers because “ah suh unnu wah deal with it.”

She addressed the issue of TC, saying that she only received $2000 for her appearances. Spice said this was a lie and that she could prove it with the transactions that were sent to each account. “All yuh ah dance fe $3000 and Boom pay $5000. Me’s not Boom, me’s not Red Bull, me’s not no big company. I pay unnu 15, 000 dollar a week each,” she added. 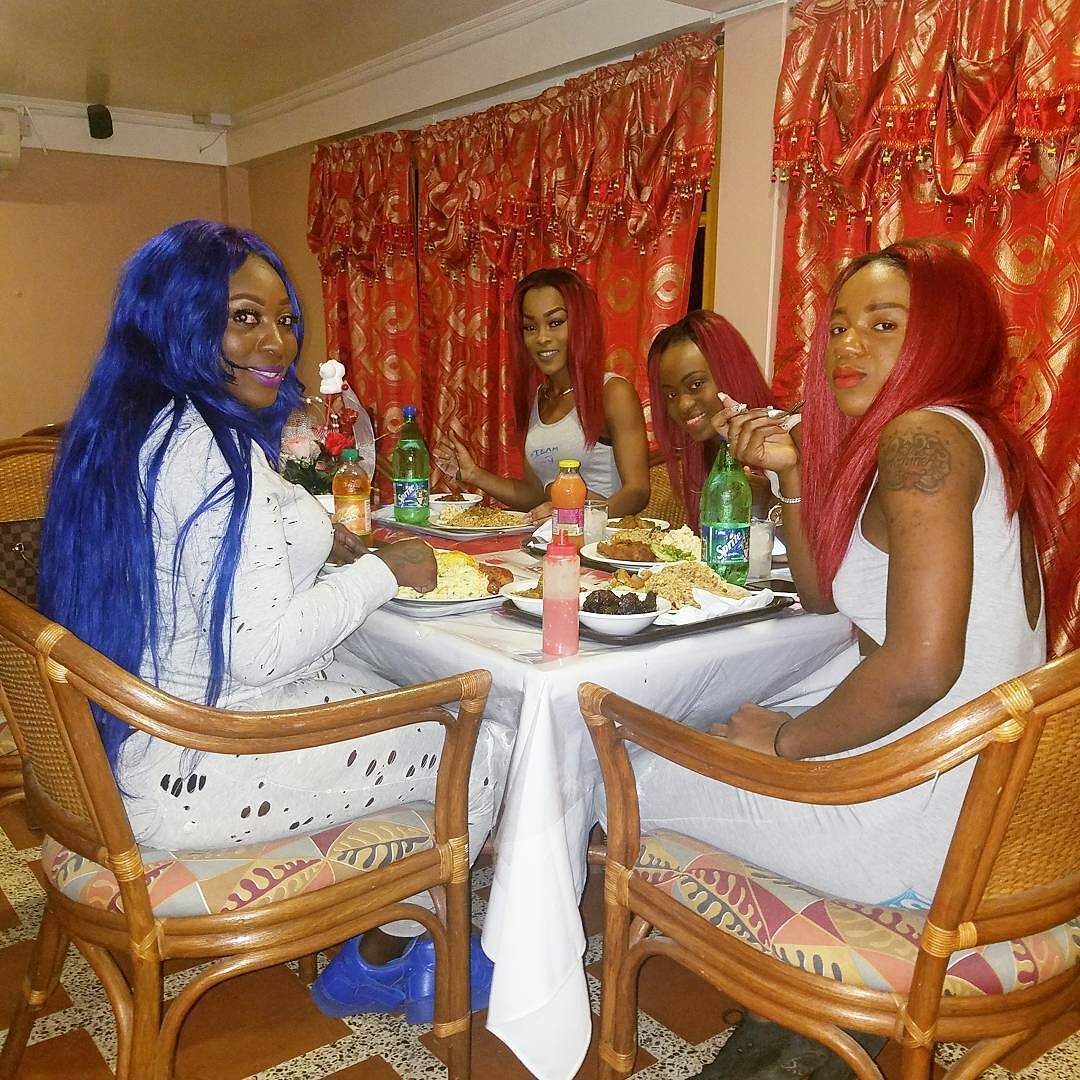 Is This The End Of Team Spice?

In addition to this, Spice said that she paid for the dancers’ drivers, alcohol, and clothes. She revealed to keep the team on the road cost at least JM$100,000 a week and could reach up to $500000 for the month. As she became more passionate, she revealed that on US tours, she would pay up to US$700, and on England tours, she paid around US$1000. An obviously hurt Spice also disclosed that she would see about all of their extra needs. She also revealed that there was a breach of privacy when one of the dancers exposed her phone number on the internet. She added she tried on several occasions to fix the group in recent times, but no one was listening to reason.

Spice added that some members don’t have their US Visa as yet because they needed a work visa. She lashed out at the dancers and said she agreed with Richie Feelings that they were ungrateful. She also criticized their loyalty and said that the onus was on them to call her and seek their interest.

Spice stayed true to her word and posted receipts on her stories of how much some of the dancers had been paid. They ranged from US$400-$600. Other receipts showed as much as £ 700.

The beginning of the scandal between the crew started when Dancing Rebel, who was touted as Spice’s only loyal dancer, was questioned by Dyema Attitude, who claimed that she was just as disloyal to Spice as the rest of dancers. TC’s comments on the situation as she addressed Richie Feelings on Instagram Live added fuel to the fire.

She said, “Nutten never hurt mi suh yet fi see Richie Feelings a bring mi dung and Spice comment and seh ‘dem ungrateful.’ Mi nuh do nutten at all. Everything happen, all now Spice don’t tek up her phone and seh as a boss, ‘mek she talk’… A suh Spice stay; she prefer cut yuh off and nuh know and inna di long run she hear seh a so it did go… Graci yuh coulda come deal with this like a boss cause we have a group chat, and bad as things be Graci, me and you have a relationship where we can talk…” Spice made her take on the matter clear that TC should contact her and not the other way around.

Spice’s explosive response to the $2000 claim and uncompensated injuries on the job also stemmed from TC’s claims.

TC’s Live inspired Dancing Rebel to do the same, and she compounded the situation with her claims.

“Mi woulda f**k up fi true fi seh Spice nuh do nutten fi we, but di whole a we used to complain bout we pay and as a girl weh always outside before Team Spice a work, mi used to encourage the girl dem pon the team seh, ‘Girls, unno can do other things fi top up unno money.’”

All sides of the story have been presented, but in the end, no one wins because it seems like the days of Team Spice are done.