Intence has seemingly responds to Vybz Kartel previously calling him out for alleged fake views.

Fans have built up a convincing case against Intence after much speculation that the deejay is buying views. While the evidence is compelling, the controversial dancehall deejay does not appear to have any intention of quitting while ahead. In recent times, incarcerated dancehall mogul Vybz Kartel has admonished the practice of manufacturing artificial viewership. It is believed that his multiple subliminal posts on social media are aimed at Intence, who has answered the accusation in the past.

Though the “Go Hard” deejay previously claimed that he neither buys nor considers buying views, he often stands accused both by fans as well as other artists. Intence has historically done numbers that are simply not proportionate to his far more famous counterparts or indicative of a reasonable gap between them.

YouTube prohibits the act of buying views in their community guidelines, so it’s certain that it is possible. According to their Fake Engagement Policy, the platform doesn’t allow “anything that artificially increases the number of views, likes, comments, or other metric either through the use of automatic systems or by serving up videos to unsuspecting viewers.” The penalty for violating this community guideline is usually a strike to the user’s channel, and it’s a given that the video will be removed.

With that in mind, it is even more suspicious that Intence’s music video for his song “Aids Test” was recently removed from the deejay’s YouTube channel after accumulating over 8 million views. Since it’s been re-uploaded to the producer’s music channel (Country Hype), it has not managed well over five figures. The disparity is one that cannot be ignored, and fans have taken to social media to scrutinize the alleged evidence against Intence. 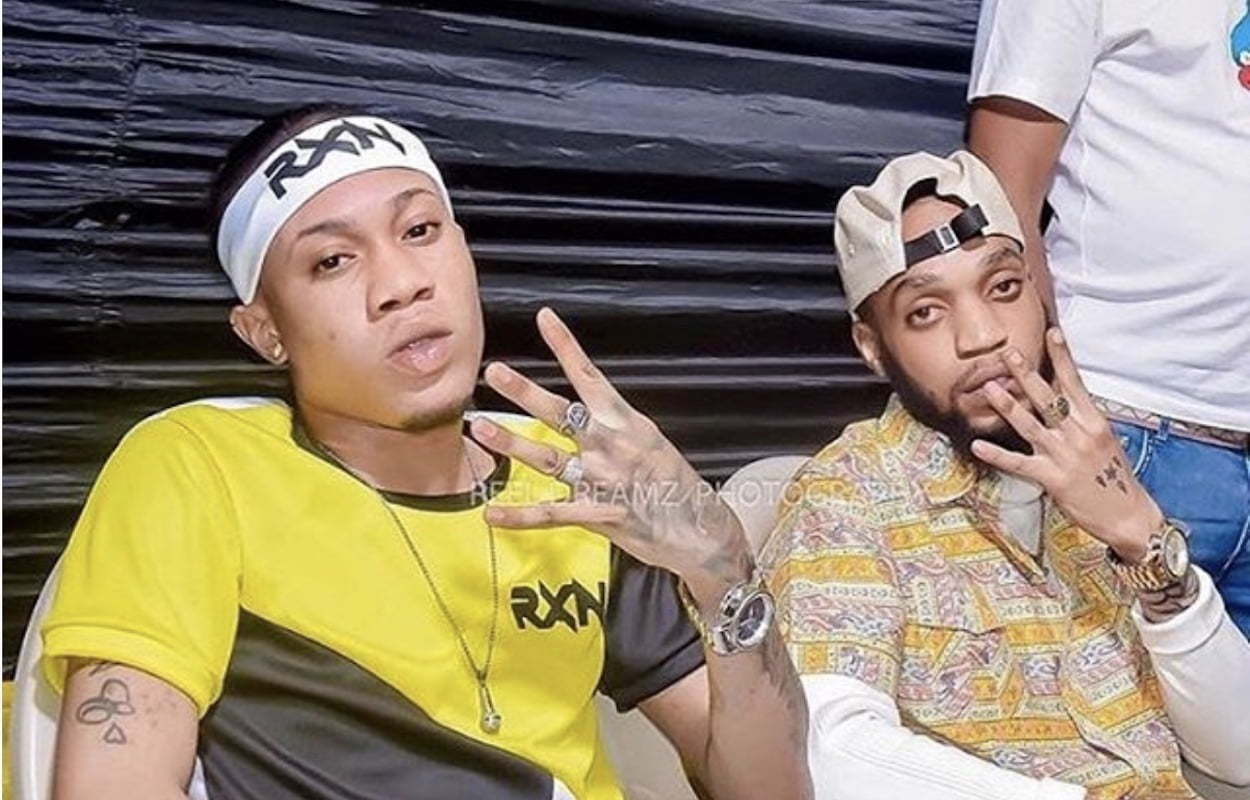 Twitter erupted with speculation about Intence’s streaming performance after one dancehall fan shared a contrasting view of the deejay’s YouTube analytics and that of other dancehall artists. According to the location insights, some of dancehall’s top artists like Alkaline, Vybz Kartel, Skillibeng, and more attract most of their views from familiar territories for dancehall music i.e. the U.K., the U.S., Jamaica, and other Caribbean islands. Meanwhile, Intence’s largest audience somehow comes from India, and other than a few commonalities like Jamaica and the United States, he has theoretically been garnering views from Indonesia, Bangladesh, Pakistan, Egypt, etc.

“Numbers don’t lie neither does location, look at Vybz Kartel, Alkaline and Skillibeng… then look at Intence smh faaakest dancehall artist,” one detective fan wrote on Twitter. While some fans are convinced that the evidence points to Intence himself buying views, it is understood that anyone can pay to have these illegitimate views manufactured through illicit merchants in India and Russia. Therefore, anyone from managers and producers to the artist themselves or even you could buy views for any video.

Others accused Shaneil Muir of employing a similar method to attain her 7-figure view counts. “Idk if it’s the Artists themselves or Management but stop buying views, it doesn’t pay it will only cause damage,” wrote one fan. “Latest Artist who has views being bought ‘Shaneil Muir’ India is number 2 with over 970K views and Indonesia and Vietnam are there as well in the top 10 countries.”

Amidst the growing speculation and onslaught of accusations and backlash, Intence has chosen to ignore the scrutiny and talk about his Spotify numbers instead. The streaming platform recently launched in 85 more territories, including Jamaica granting access to a potential audience of 1 billion people. Intence has since shared that he is averaging almost a quarter-million monthly listeners, and his most popular songs on the platform are “Yeng,” which has over 800K streams, and “Real Steel,” which has just under half a million streams. 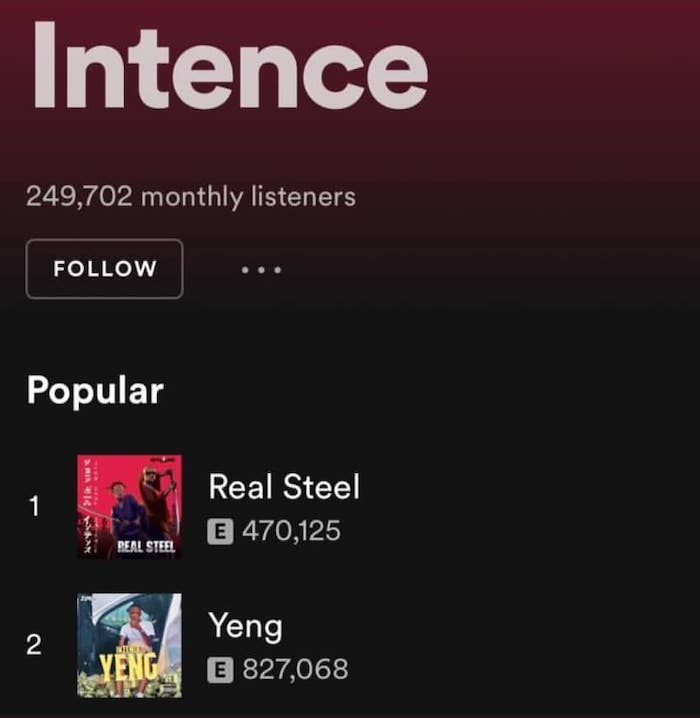 Intence’s latest music video for “Aids Test Ep2” has amassed over 1 million views since it arrived around three weeks ago. With everyone now watching his channel so closely, there may be a slight shift in the engagement volume, especially after the first part of the sequel was removed. Intence is slated to drop his debut album aptly titled Public Enemy No. 1 this week. Do you think the end justifies the means for this dancehall Tekashi 6ix9ine?