Megan Thee Stallion is sharing her thoughts on the biggest song this year, “WAP” and why women takes sexual powers back from men.

Megan Thee Stallion is finally responding to critics who lashed out to her and Cardi B for their hit single “WAP” in which the women promotes sex from a woman’s perspective by using vivid sexual references, referring to themselves as “certified freak,” and “there’s some hoes in this house.”

The song drew the ire, especially of men like Russell Brand and Snoop Dogg and other conservatives that blamed music like WAP for turning innocent young girls into twerking whores. It sent Christians into a frenzy as they condemned bout women.

On the other hand, the single was praised by women and evidently, it went platinum in the same month as the song’s release. WAP was released on August 7, and by August 26, it was certified platinum by the Recording Industry Association of America. When the song first dropped, it debuted at No. 1 on the Billboard Hot 100 chart- a record-breaking feat for any all-female collab and for any other single of 2020. 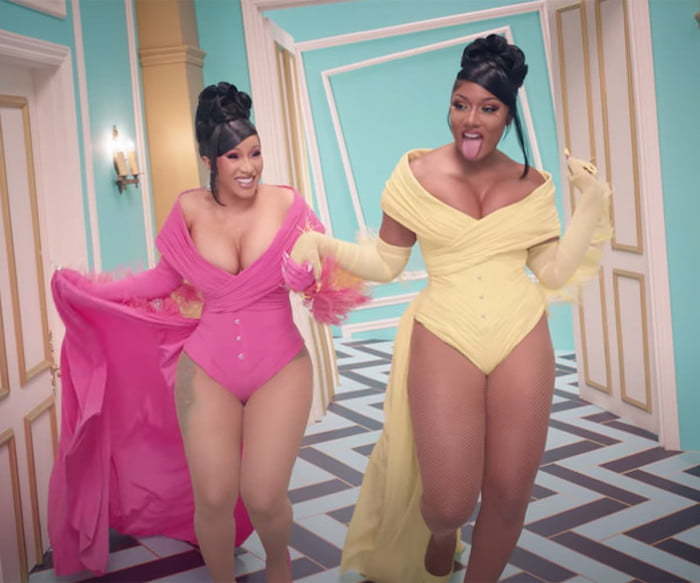 Speaking in an exclusive interview with GQ, Megan Thee Stallion says the song made men feel threatened. “Some people just don’t know what to do when a woman is in control and taking ownership of her own body. I feel like for a long time men felt like they owned sex and now women are saying , “hey this is for me. I want pleasure. This is how I want it or don’t want it.’ It freaks men the hell out,” she said.

Megan Thee Stallion has been nominated for four Grammys this year as she breaks out as a newcomer on the scene. She added that the men reacting badly to WAP are insecure. “it just comes from a place of fear and insecurity, like why would anyone be mad about my WAP? It belongs to me.”

Cardi B also defended the song earlier and said, “The people that the song bothers are usually conservatives or really religious people, but my thing is I grew up listening to this type of music….other people might think it’s strange and vulgar, but to me it’s almost like really normal, you know what’s I’m saying.”

The song in itself has been a record-breaking aside from selling records. It broke the record for debut for an all-female collaboration on YouTube and also had the most search hits on Google for the year for lyrics to the song.